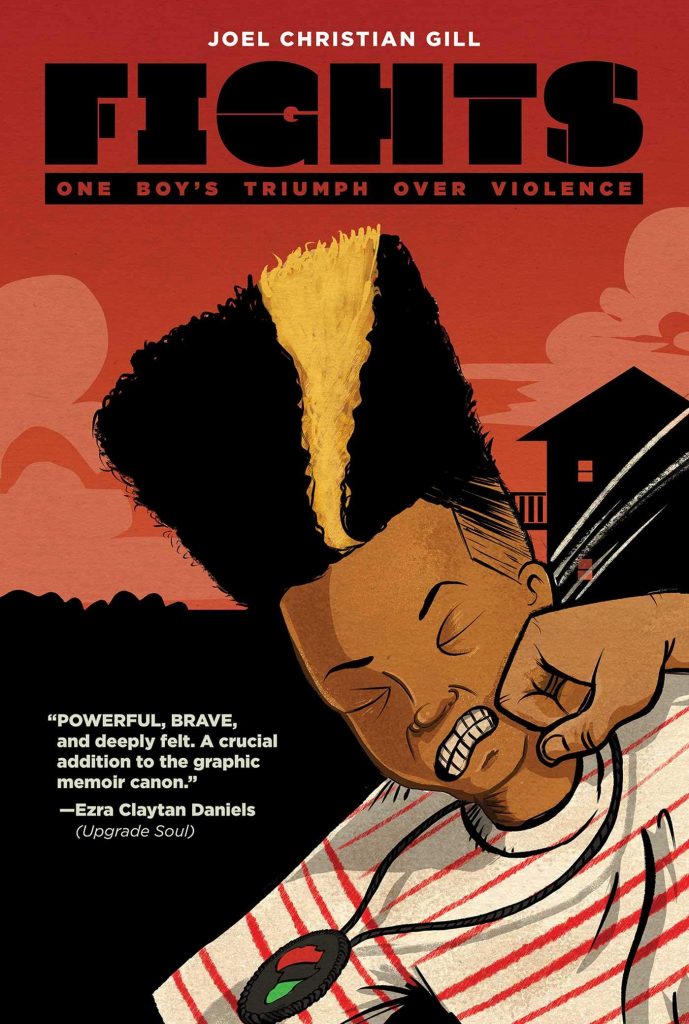 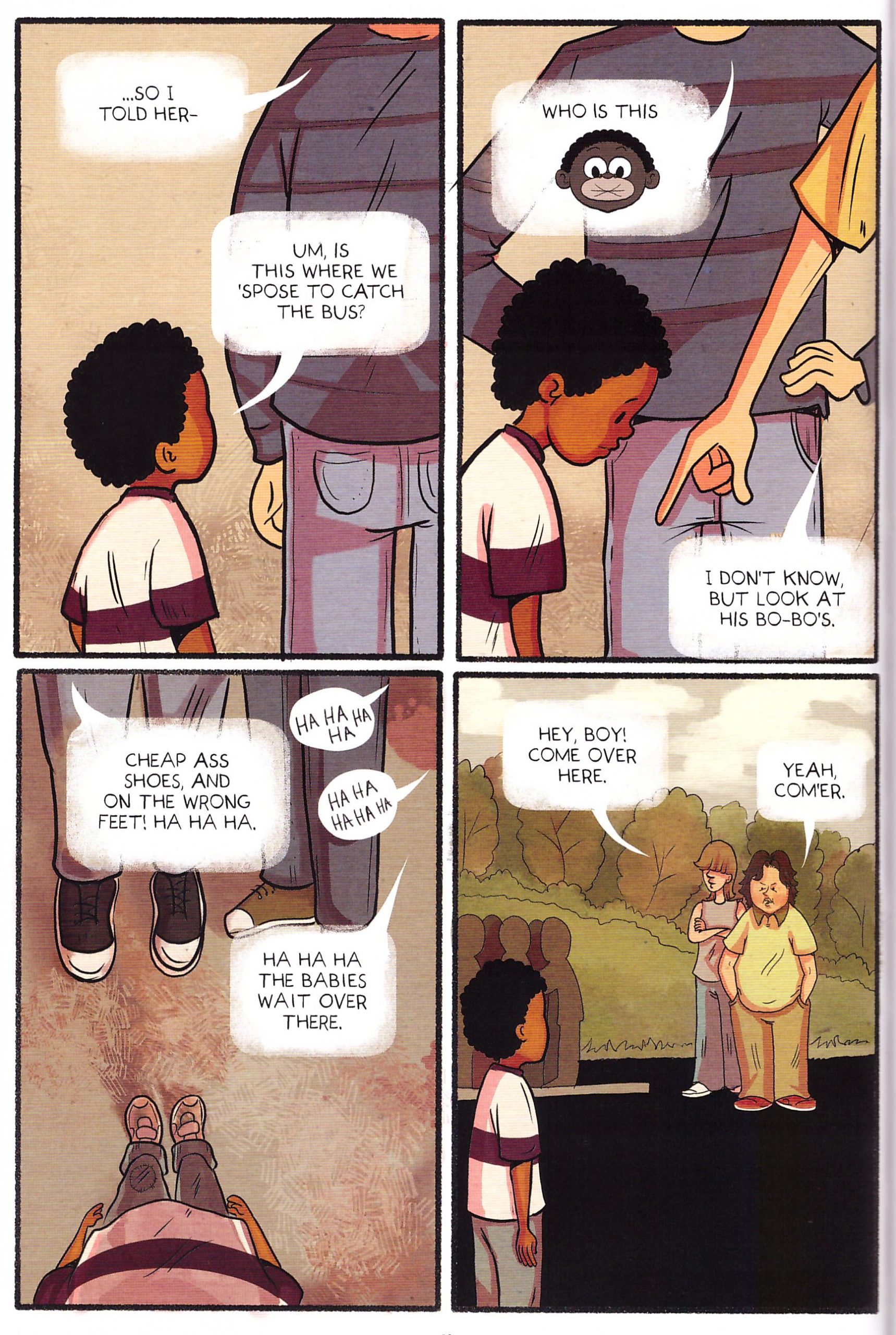 In his afterword Joel Christian Gill differentiates memoir from autobiography, noting that while Fights is true, narrative demands require compacting by merging characters and events. Everything presented happened, but not necessarily exactly as or when shown. The honesty is appreciated, and the knowledge doesn’t detract from what’s a harrowing portrayal of childhood.

We first see Joel in the company of his teenage son, offering the security of some closure before he begins telling the story of his own upbringing. The first two pages from 1979 show him walking along the road with his mother past an animal corpse and what may have been a dead man, mentioning she’s just been released from jail. It’s the marker of a chaotic youth. Joel’s mother is only ever shown as a faceless unsympathetic authority figure. When he runs into the house to avoid a beating from two older kids, her response is that next time he’s to fight back or she’ll beat him herself. He’s five at the time and already endures a daily diet of threats, insults and beatings. It’s gut-wrenching, and continues wherever his mother moves, compounded by casual racism on the part of teachers.

Gill is very accomplished with understatement, not explicitly spelling things out, but ensuring his neat expressive art shows the childhood poverty in so many panels. Neglect and abuse accompany that, and with no other outlet for his feelings, the young Joel learns to erupt and become a persecutor. Never explicitly said, but clear throughout his childhood is Joel being let down by anyone that should have been looking out for him, picking up on signs. What’s astonishing is that he not only survived, but flourished, instinctively making the right choices when the wrongs ones were so easy. His teenage years are contrasted by his mirror image, the person who began in the same place and makes the wrong choices. This isn’t a whitewashing or chest beating, Gill noting his inner anger throughout, and acknowledging when he was wrong. Once again, unsaid, but implied, is that there were occasions where a slight misjudgement could have ended things very differently.

Fights concerns social pressure and neglect, and while racism is ever-present, it’s the background, not the cause. To assume that because Gill emerged as a stand-up guy, others should also is all too simple and wrong-minded, although it offers some hope. Therapy is mentioned in passing, so it’s not been a process without cost. That’s shown in the photographs after the story, some of which have been referenced. Gill isn’t smiling in any of the childhood pictures, and as an adult with a family he’s beaming.

Once again unstated, but an obvious take home from Fights, is that this is no isolated experience. In our world brutality extinguishing sensitivity is inexcusably common. We should all be ashamed about that.