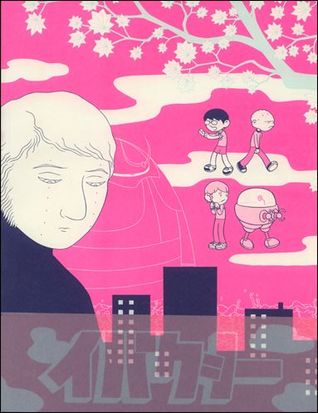 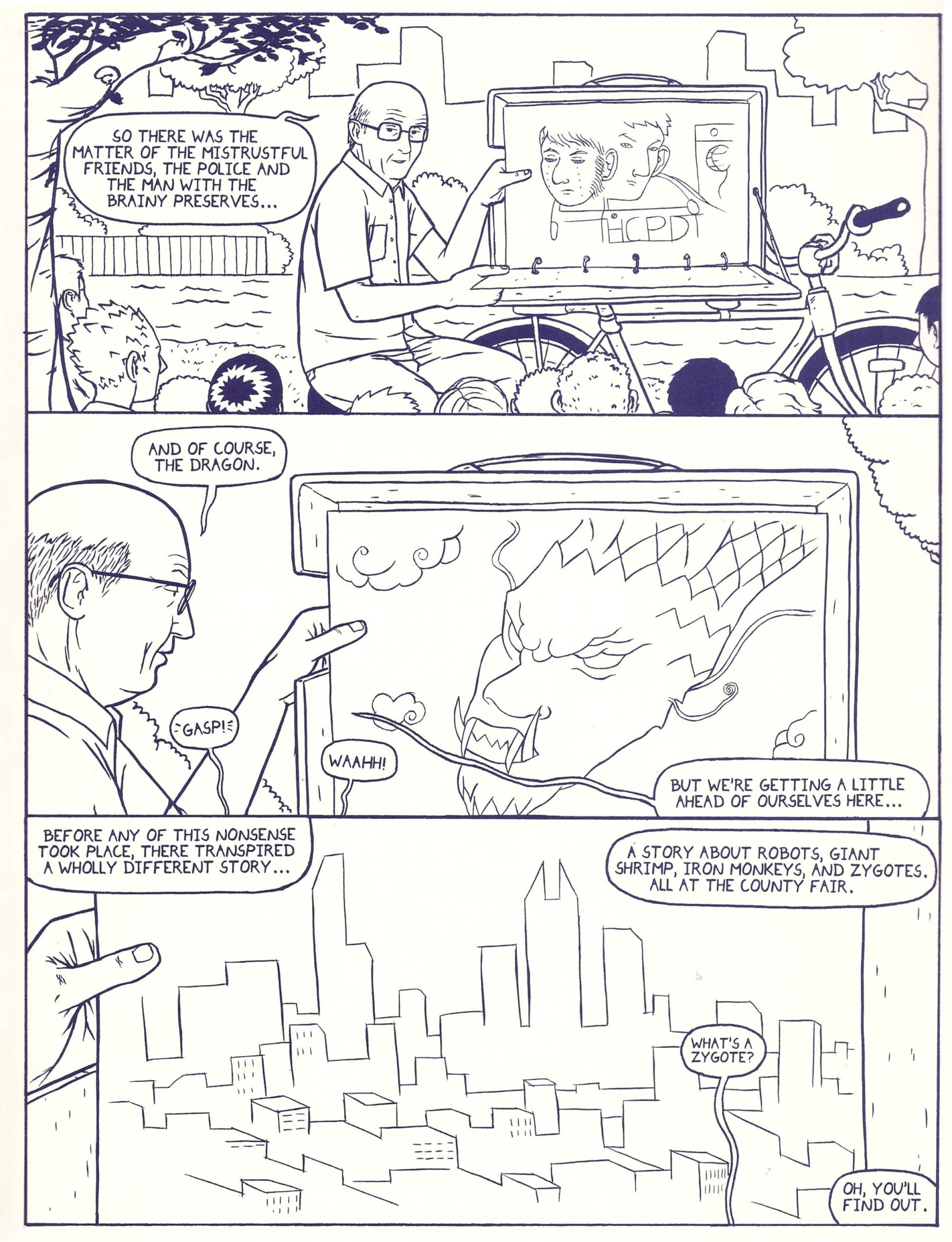 This third issue of Epoxy defined John Pham as an ambitious creator unwilling to be categorised by content or format. He didn’t begin with a fanzine, as his first issue had been a standard professional-looking self-published comic. The second was also, with the added bonus of being a flip comic. By the time of this third issue it was clear that his ambition for format exceeded what anyone might have supposed, offering a squarebound album featuring several connected stories.

In places Pham wears his influences on his sleeve. The entire design pulls from Japanese comics, although Pham includes his own innovations, while the later strips, ostensibly SF, draw heavily from the format of Chris Ware’s productions. However, Pham has his own attractive way of drawing, and it’s not only with format that he innovates, because as might be expected from someone influenced by Ware, Pham pushes at boundaries with his storytelling also. He mixes one story into another, and characters who have a role in one piece switch between stories into something different as if a theatre troupe of actors. Pham introduces the mystical realism of a visual storyteller, his stand-in amusingly a bald middle-aged man, and he’ll introduce random anomalous elements, or have one story thread reflect another. The key, though, is that he constantly delights. Who wouldn’t want to visit his Hue City Farmer’s Market with its innovative talent show, comic stall, a Mongolian barbeque and that visual storyteller?

Pham’s art is elegant and varied, able to change from a heavily inked superhero approach to a mangaesque version of the French ligne claire school, and more besides. His one weakness is his plotting. He’s constructed a densely layered form enabling him to switch genre and tone with ease, so if a battle between a robot and a giant crayfish is needed, it slots right in, and so does a parable about animals escaping the zoo, but for all the playfulness there’s an introspective core to the cast. This is never articulately reached as Pham dances around insecurities, while the form hinders the expression.

For all that, the standard of someone producing only their third comic is exceptional. Many longstanding creative darlings whose origins lie in small press and self-publishing have never come anywhere near this level of technique and sensitivity.