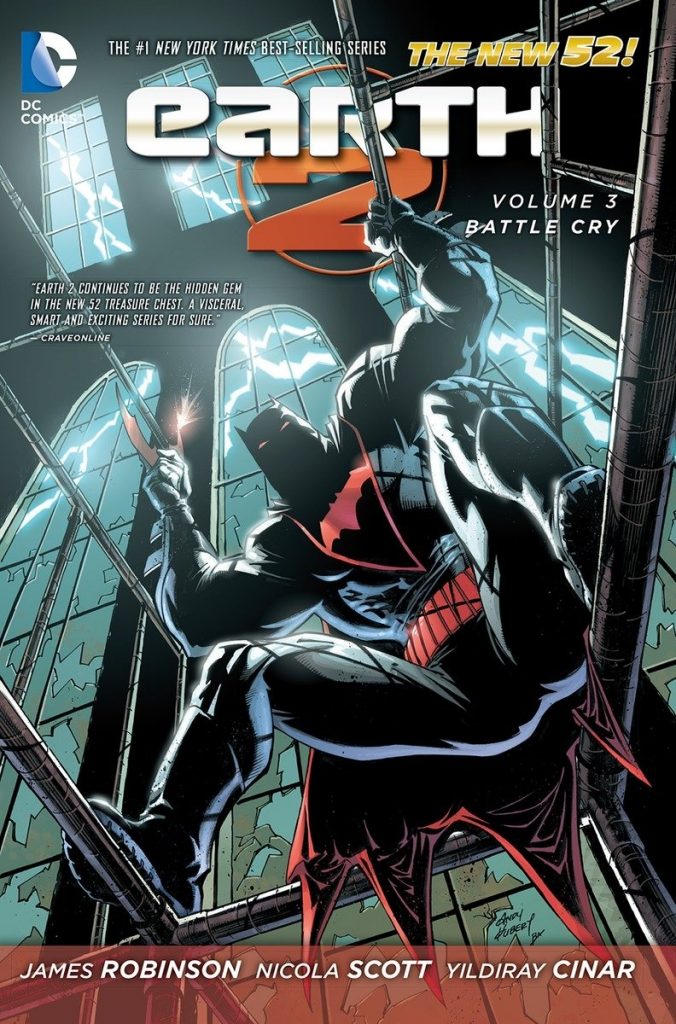 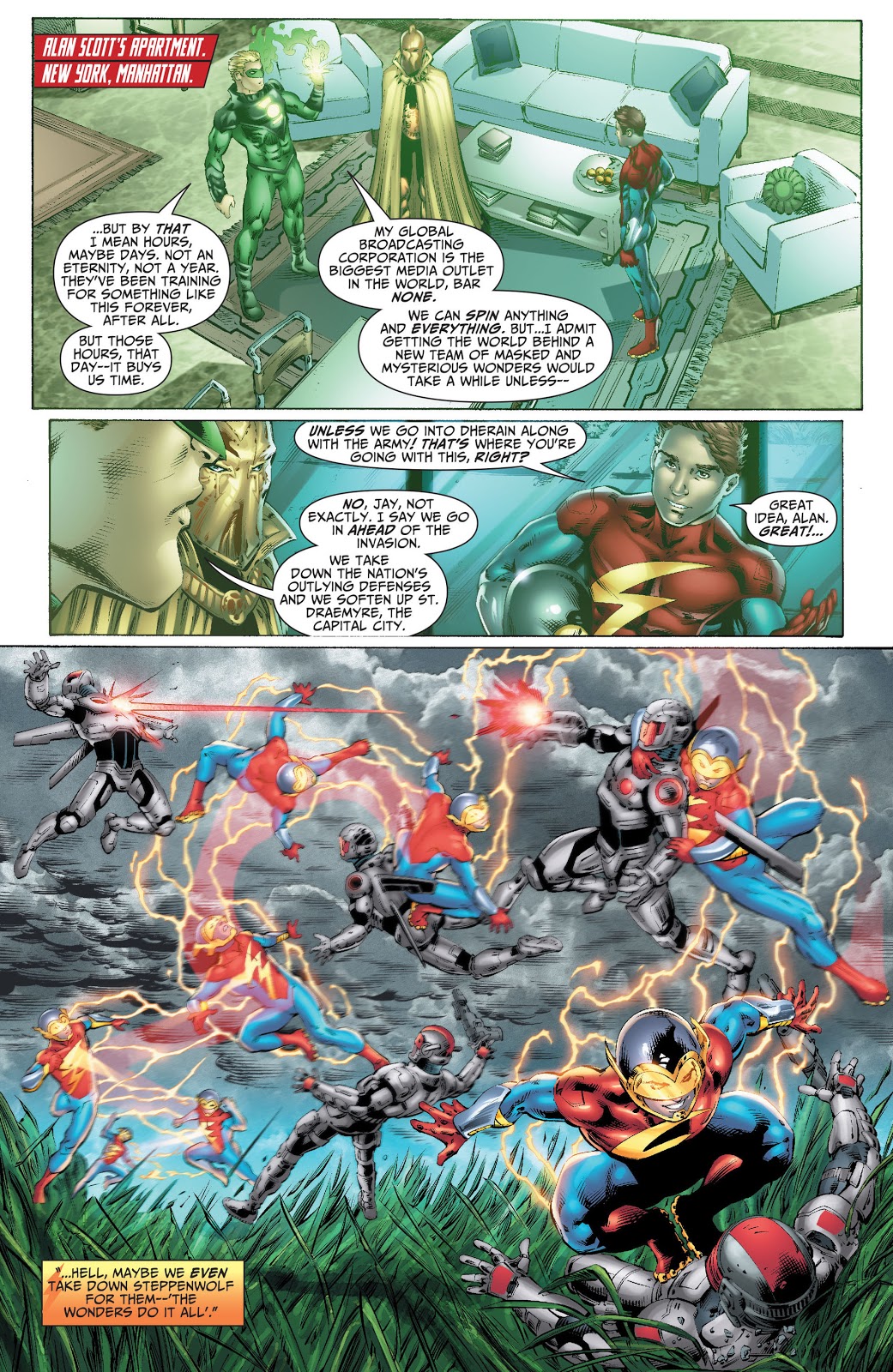 Earth 2 is a world that barely survived an invasion from their dimension’s version of Apokalips at great cost. The legacy is technology from the planet left on Earth, and a warlord, Steppenwolf, now controlling the country of Dherain as seen in The Tower of Fate.

From the beginning James Robinson has shown us a World Army led by a responsible and cautious Commander Khan, yet overseen by a zealous bunch of gung-ho Supreme Council members. Khan cautions against invading Dherain on the basis that Steppenwolf wouldn’t boldly take over a country without expecting invasion, but is over-ruled. Khan’s right. It turns out Steppenwolf isn’t the only atrocity from Apokalips stranded on Earth, and an entire chapter is given to the machinations of Desaad, yet seemingly unconnected. Robinson begins by introducing a new Batman, adding to the mysteries of Earth 2, while also letting us see the previously mentioned, but never seen Steel. His primary purpose, though is to run through the background of Al Pratt, to add doubts and guilt to his previously one-dimensional character.

Battle Cry shows Nicola Scott (sample page) ever improving as an artist who turns in a stunning looking final chapter, but is otherwise a strangely subdued instalment considering what’s going on. Robinson left the series suddenly after completing these stories, has written elsewhere at his dissatisfaction with his DC work, and perhaps Battle Cry is symptomatic. Earth 2 had been planned as one long saga, and what happens here introduces some new characters while moving others into new areas, and the conclusion is all that might be expected with a shock ending, but it’s otherwise dry. A few nice character touches indicate the presence of a superior superhero writer, but too much else could be the work of any standard writer. Still, that final chapter will blow most readers away.

Tom Taylor inherits Earth 2 as of The Dark Age.