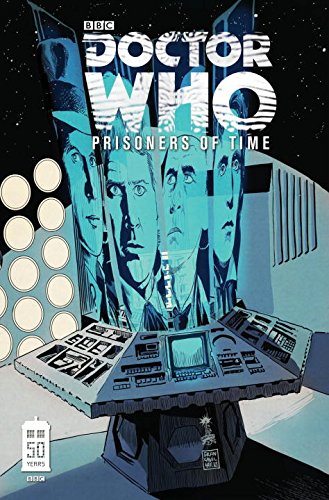 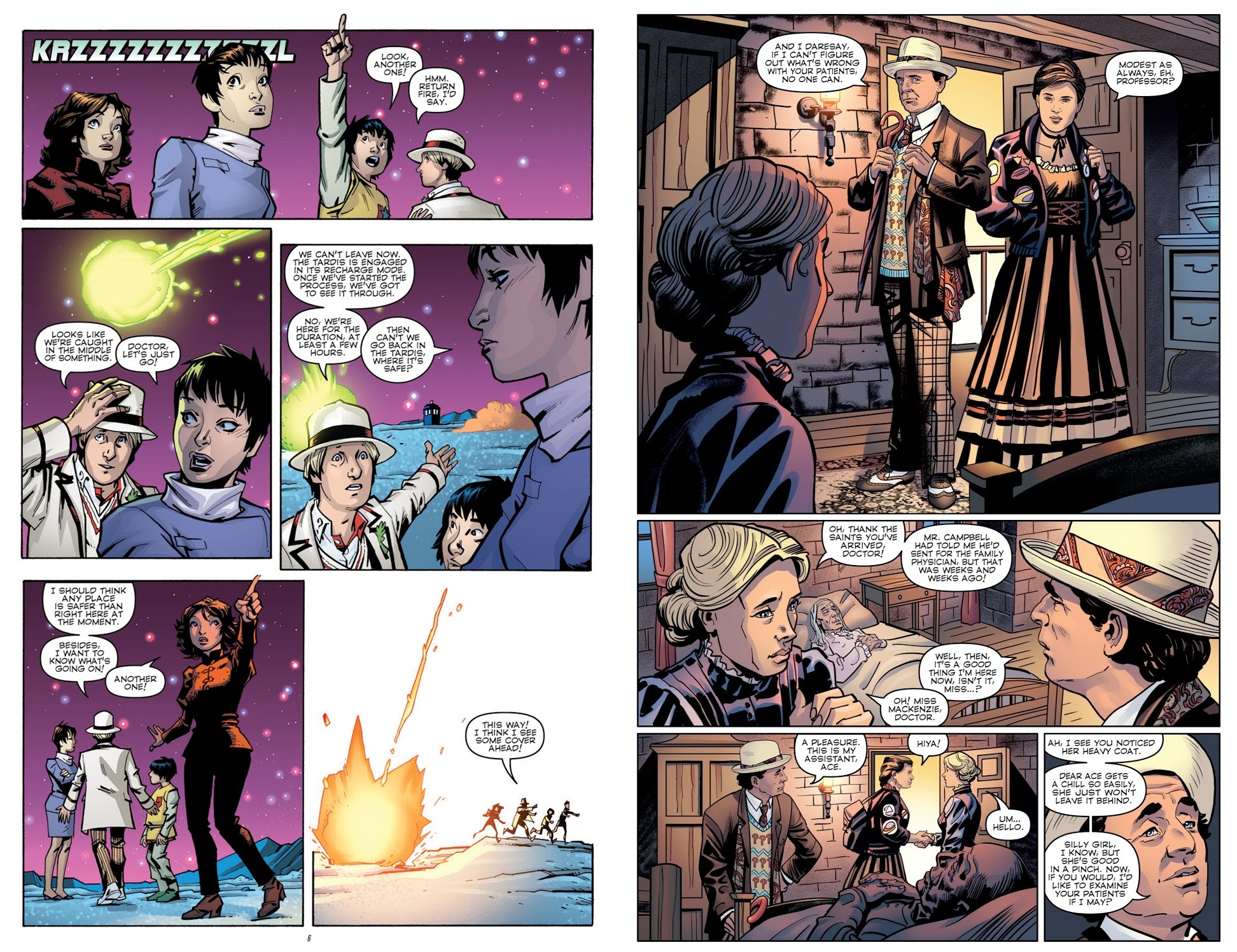 In terms of structure, this is much the same as volume one. Scott and David Tipton’s plot features an adventure for each of Doctors five to eight, each of them ending with the abduction of the Doctor’s companions. As previously seen, a mysterious adversary considers the Doctor’s weak spot might be separating him from his companions, as the Doctor has never had to cope in isolation. Attribute the error in that assumption to villainous ignorance, or gloss over it for the sake of the bigger plot.

Even more so than the first volume, there’s significant variation in the artistic approaches, ranging from the cartooning of Philip Bond (sample art left) and Roger Langridge to the welcome sight of John Ridgway’s formal naturalism again applied to the Colin Baker version of the Doctor. That’s also the approach Kev Hopgood (sample art right) takes with the seventh Doctor.

Once again the writers create adventures suitable for the personalities of the different Doctors and ensure variety by shifting between different types of story, although there’s something to be discovered at the heart of each. The Tiptons mix their own creations in with the Doctor’s more known adversaries, this time using one of the latter twice. This might have been a well plotted surprise on the second occasion, had the Doctor concerned not guessed who was behind matters and named them several pages before their appearance. There is a caveat regarding the eighth Doctor, played by Mark McGann in only the single TV appearance, as his personality might not seem consistent with that, being a little too light hearted. That’s explained by his numerous appearances in other media, which fleshed out his character.

There is a progression to the background plot with regard to the assorted Doctors’ awareness of being targeted, as the David Tennant version makes a cameo at the halfway point, and the final Doctor seen here actually prepared for someone appearing. Three more Doctors remain to be seen, with a chapter left over for the finale. That’s in volume three.

Complicated licensing arrangements mean this book is technically unavailable in the UK, but Titan published an Archives edition of the entire story, which is more satisfactory anyway.