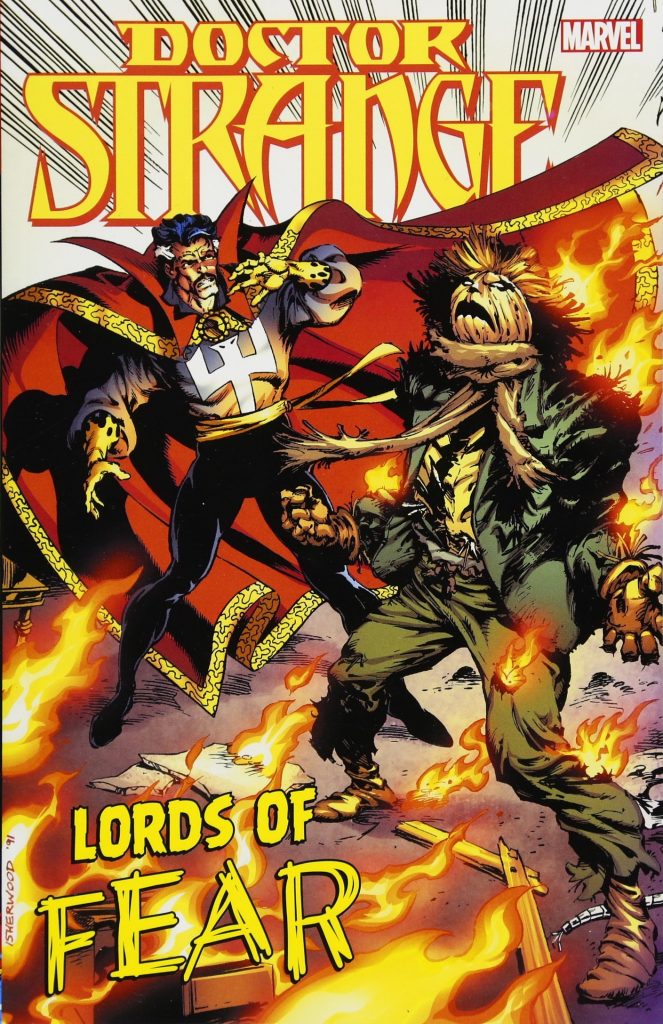 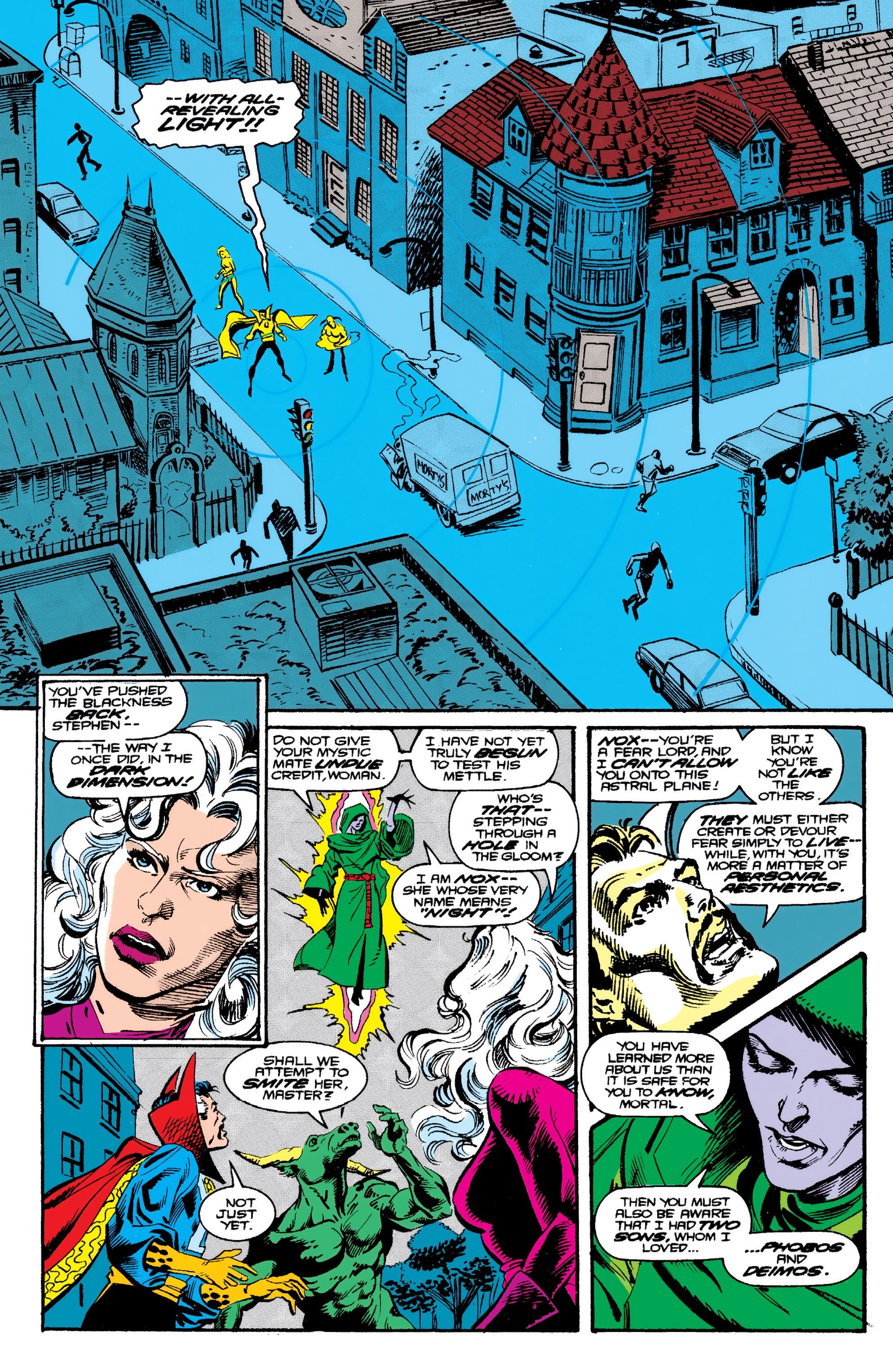 This is another of Marvel’s deceitful attempts to issue a collection without enough to do with the character under whose name it’s nominally issued. Doctor Strange gets title billing on the basis of featuring in more pages than anyone else, but that’s still only a third of this hodge-podge. Before we get to the majority of his content we’ve had adventures of Thor, the Scarecrow, Spider-Man (teamed with Man-Thing), Master of Kung-Fu and Captain America (teamed with Man-Thing) and the Thing, sadly not teamed with Man-Thing, but with the Scarecrow.

The very loose connection is that the comics reprinted are the first appearances of the Lords of Fear, an alliance of mystical menaces who occupy the Doctor Strange story closing the book. It begins as one of those continuity tying exercises plotted by Roy Thomas, who at some point noticed that Marvel had all these characters floating around who preyed on human emotion. From there it sprawls into a forgettable mess with even Thomas losing interest long before the end. A major plot point is Daredevil’s involvement, based his being known as ‘The Man Without Fear’. Yes, really. It’s not his finest moment. Geof Isherwood (sample art) draws the story, his pages having the occasional nice figure or face, but not generally displaying any spirit.

It’s a struggle to find anything commendable about this selection of reprints. Scott Edelman’s introduction is enthusiastic enough recalling how he created the Scarecrow, but then anyone would be enthused beyond belief at the shot of royalty payments for very average comics written forty years ago and still found clogging up the cheap back issue boxes to this day. Jack Kirby pours his heart into presenting the Asgard that Jane Foster visits as a place of glamour and magic, a dozen pages of Steve Ditko weirdness open the book. and it’s always nice to see John Byrne in his 1980s pomp. However, all those stories are available in collections where they’re surrounded by other Ditko, Kirby and Byrne work (see recommendations). Spend your money on them.