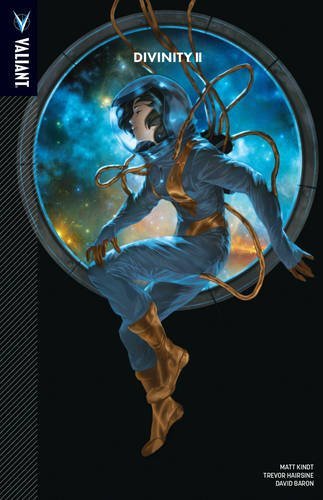 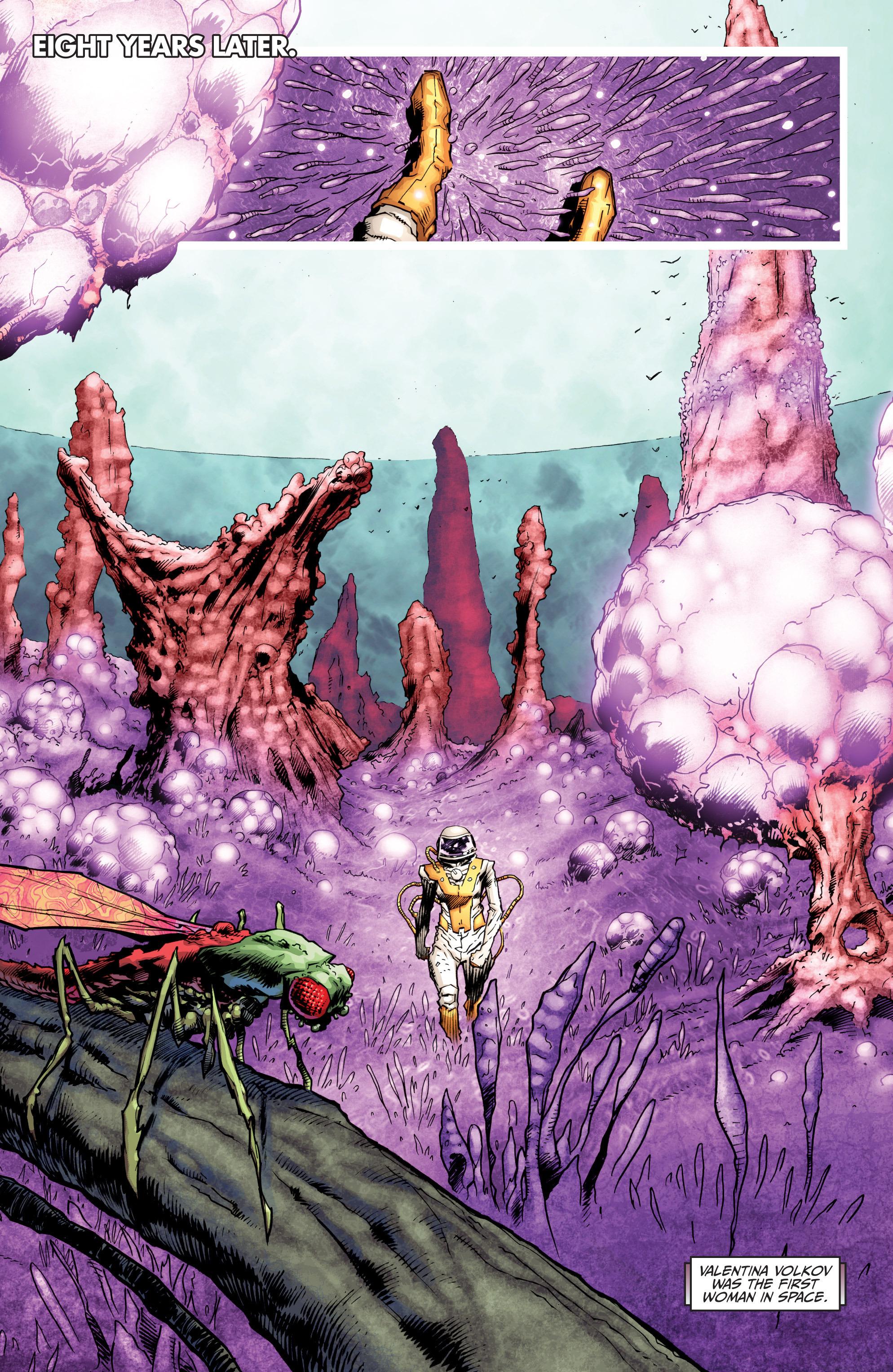 While left open ended, Matt Kindt’s first exploration of ultimate power in the preceding Divinity graphic novel seemed drawn to a pleasing conclusion. Where does that leave us, then, for Divinity II? Well, Kindt has an elegantly obvious solution. The Soviet Union dispatched three cosmonauts to face the unknown in the early 1960s, and in 2015 Arbram Adams was merely the first to return home. Valentina Volkov is an altogether different personality.

As he did with Adams, Kindt spends the opening chapter interspersing Volkov’s present day situation with her youth, establishing her tenacious personality and dedication to the ideals of the Soviet state. Again, as Adams had, as she returns to Earth she’s updated on the progress of history via broadcasts loose in space. There almost all the similarities end. Volkov’s agenda is prompted by political ideology, and being supplied with almost infinite power is a means to an end rather than to enlightenment.

Much in the Valiant version of Earth incorporates a version of real world politics. Superheroes like Ninjak and X-O work for MI6, spies report back, and unless otherwise stated real world nations are under the charge of those known from news broadcasts. Kindt’s better work has always aimed at the culture of secrecy and manipulation, and Divinity II offers him the opportunity of a vast historical map to tinker with.

Trevor Hairsine takes this all in his stride. His depictions of a strange alien landscape are as convincing as those of the Soviet Secretariat, or of a costumed Ninjak in action. He’s limited slightly in this book by the visual design he established for the returned cosmonauts in the first book. The plot requires compassion and emotional development to be emphasised, and the designs with their pupil-less eyes marginally counter that. It’s a small point, as Hairsine’s adaptable and his art is clear.

Kindt works everything through to a conclusion in keeping with the points he’s been making throughout, although it may come as a disappointment to those considering brute force as the answer to everything. There was a third cosmonaut who faced the unknown, and so there’s a Divinity III.