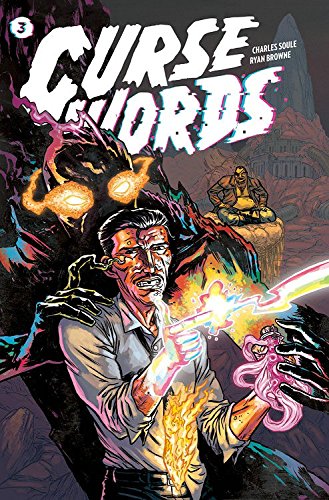 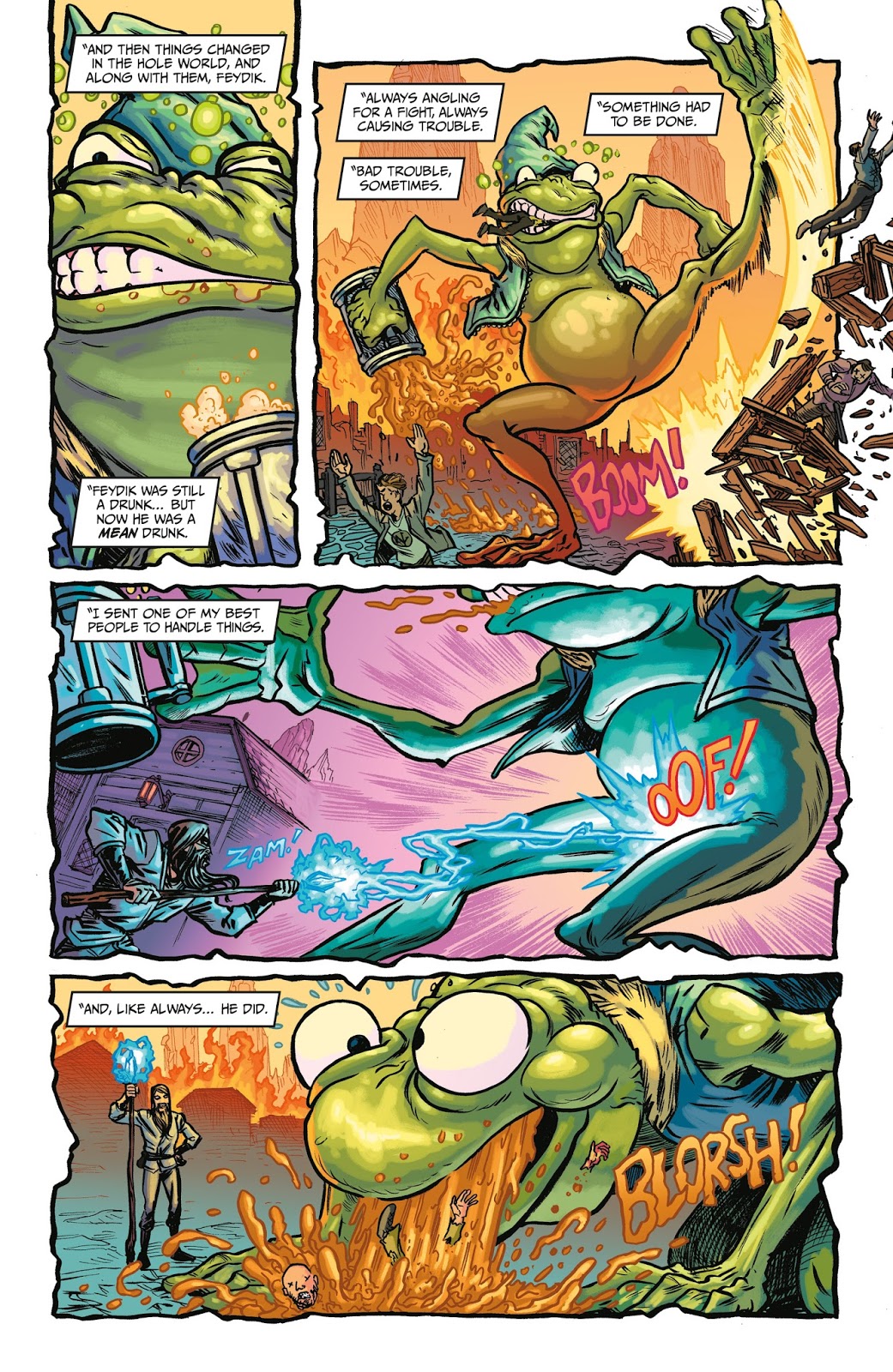 Since the wizard Wizord set up on Earth dealing out magical effects in exchange for sapphires his rule has been that he won’t deal in curses, love or war. Now, however, Ruby Stitch has her magic back, and she’s not as picky. Plenty of other people also have problems. Margaret, still a duck-billed platypus, has been abducted and imprisoned, Sizzajee is beginning to fear the Tigers invading his domain of Hole World, and Jaques Zacques seems to be disintegrating.

Only one of those matters changes in The Hole Damn World, which is very much a graphic novel holding pattern, Charles Soule and Ryan Browne confident after two previous volumes that they have our attention with a broadly demented cast. Silly Bee is a genuine triumph. Introduced in the previous Explosiontown, she’s a child able to bring people back to life, and an oasis of relative originality among the generic comedy fantasy comprising the rest of Curse Words. That’s because even amid the comedy moments she has a genuinely creepy quality, mixing childish innocence with demonic malevolence. If only the remainder of the cast exerted as much power.

Matters of interest are that Wizord is now not the only source of magic in the world, and that a past mistake increasingly looks as if it’s going to come back to haunt him. Less pleasing is that the cast very rarely surprise in any way. Margaret has her secrets, and there’s some intrigue about that, but almost everyone else is one-dimensional, and the jokes are never as funny as they ought to be. Ruby Stitch needs to find parties to stock up on magic, and in the absence of any adult affairs she starts people dancing in the 7/11, and then invades a child’s birthday party. Perhaps it’s that Browne can’t sell them visually, but they don’t come across as the intended comedy highlights.

Plenty of people disagree. That Curse Words has filled three trade volumes to date and individual comics continue to be published indicates more than enough people find greater originality and creativity. Queen Margaret is next.