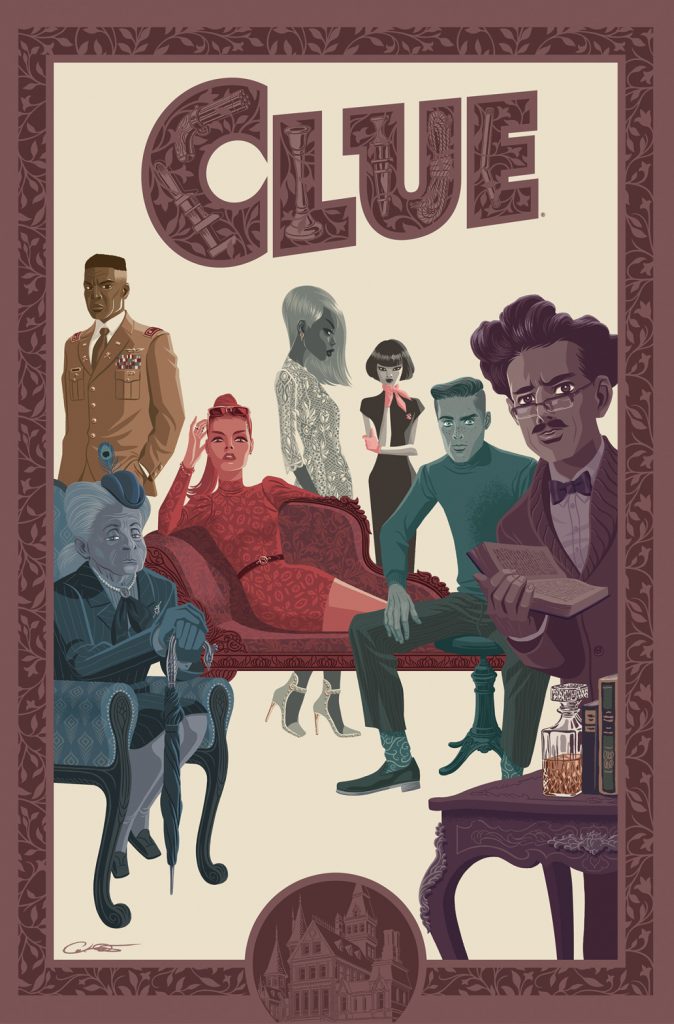 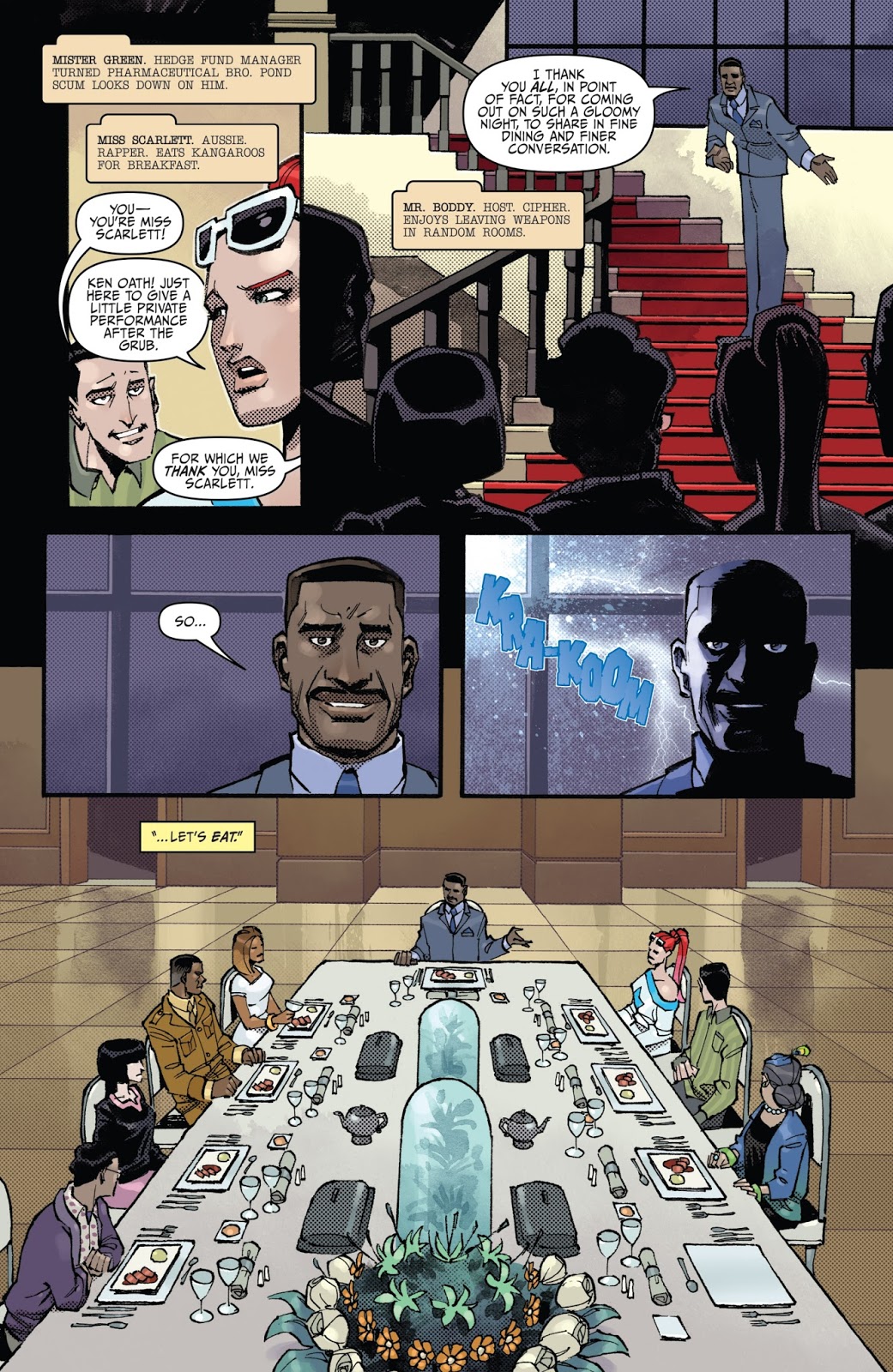 So many interesting ideas are only obvious in hindsight. Take Clue. The idea of adapting the characters from the internationally loved board game into a comedy murder mystery graphic novel has potential, but it took Paul Allor, Nelson Daniel and IDW to realise that.

You already know the scenario. A bunch of strangely mismatched people are guests in a mansion owned by A. Boddy when he turns up dead. Who was responsible, and how did they do it? The question of where it occurred is seemingly redundant in a dramatised version, but even that’s included. For narrative purposes Allor introduces a butler, Upton, discreet and polite, but little passes him by, and he talks directly to the audience, offering information and hints.

It’s only in North America that the muder-solving board game is known as Clue, with Cluedo the norm throughout the remainder of the English speaking world, where Reverend Green remains a suspect. He’s replaced by mobster Mister Green in the North American edition where Mrs. White has been promoted to Senator. with a Dr Orchid also present in some versions.

The unfortunate Boddy isn’t the only victim, and the police uncover all sorts of rum goings on connected with the eccentric dinner guests. Allor keeps throwing out strangeness, and the knowing attitude of Upton serves this well, with some possessions and occurrences red herrings and others important. He characterises the suspects in small moments, such as their requests when they’re each confined to a room, and the further into the book you delve, the more it’s apparent that so much of what was scattered about the opening chapter has more than passing relevance.

Daniel covers the basics of drawing events, but he’s not the most dynamic artist, nor the clearest at telling a story. During the second chapter we’re presented with the removal of a particular book resulting in the murder mystery (and Clue/Cluedo) standby of the secret passage, yet Daniel splitting the sequence over two pages means that cause and effect isn’t clear.

In the game murders occur in different locations with different weapons, and so it happens here, Allor gradually disclosing that the cast are connected after all, if not directly. Upton talking to readers, and indeed editor Carlos Guzman, plays out into a suitably absurd finale ending a novel experiment. And even if you’re not going to buy the book, take a look at that fine cover by George Caltsoudas.