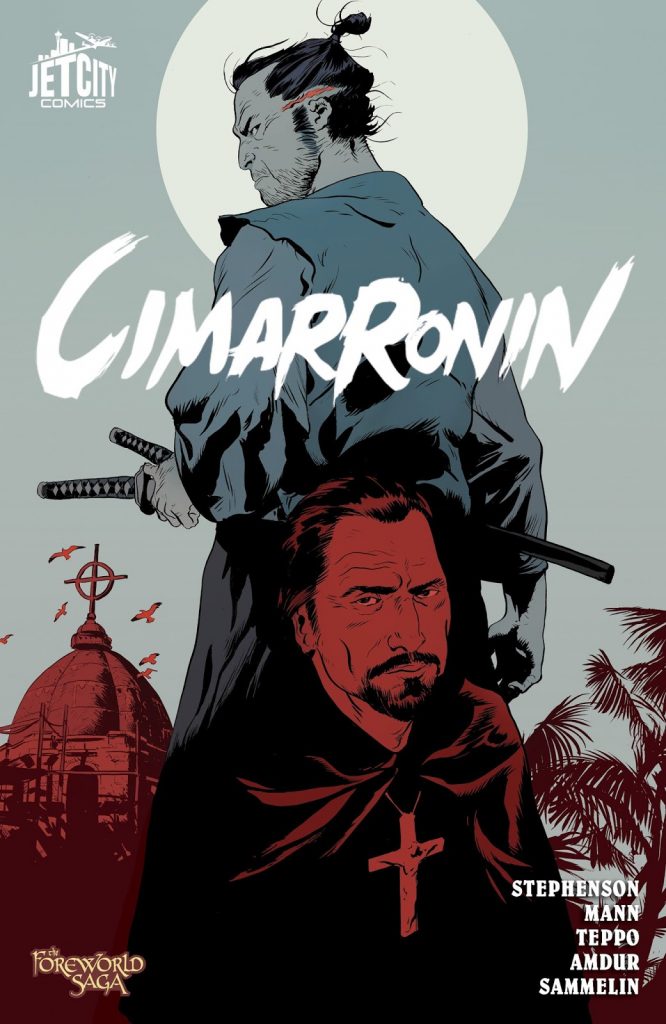 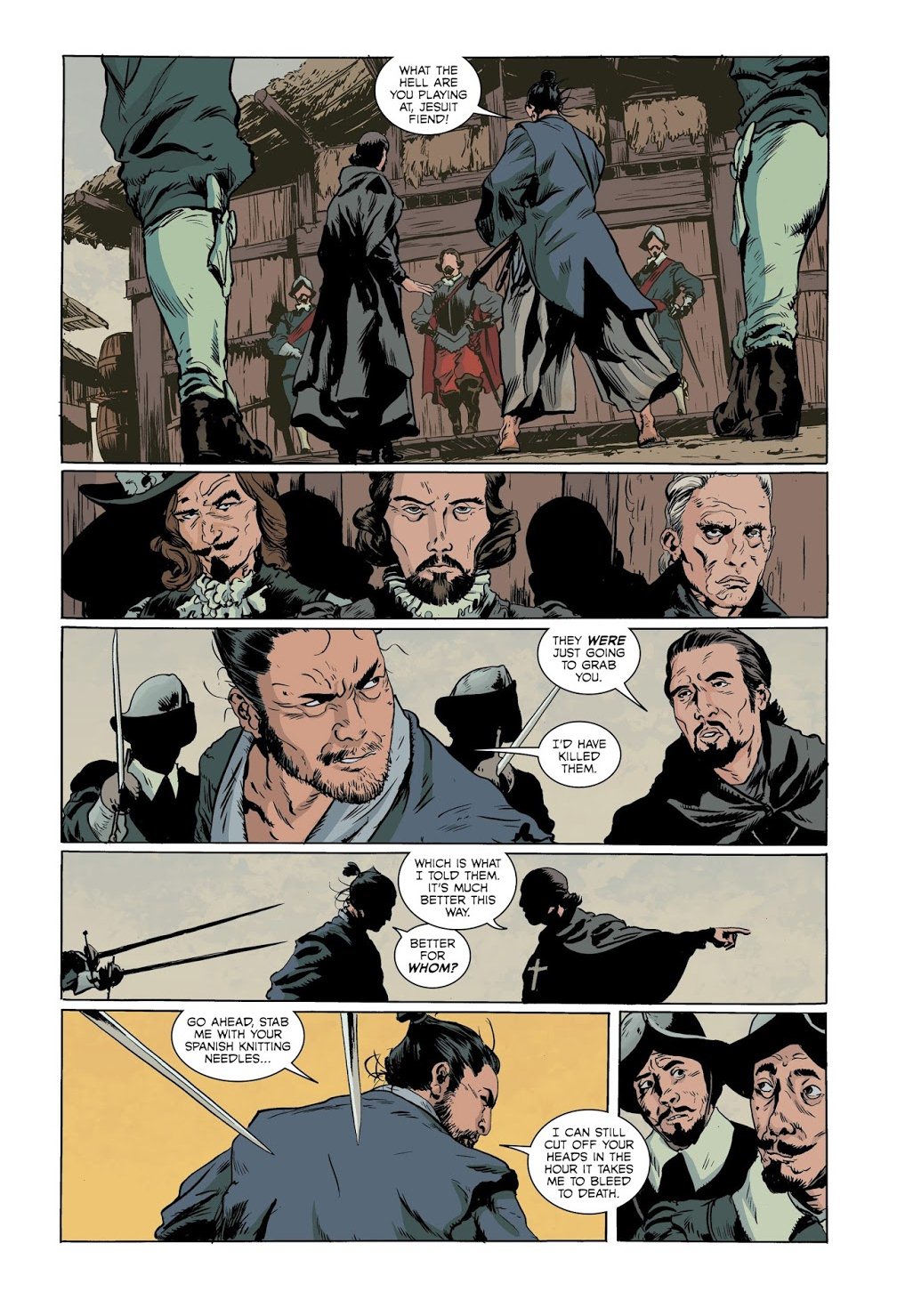 The names of the creative team behind Cimarronin may not be familiar to graphic novel readers, but between them there’s an extensive bibliography in fantasy SF, science and historical fiction writing, with Neal Stephenson having the highest profile.

In Spanish occupied Manila in 1632 Japanese samurai Kitazume is led to a crime scene where the authorities believe he’s responsible for several murders. Our proper introduction to Kitazume is a clever sequence where he proves he wasn’t responsible, but from there Cimarronin meanders, the authors taking a very leisurely route that would be fine under other circumstances. The plot proper begins in Acapulco, where a Mexican landowner has lured Kitazume and his fearsome warrior skills to deal with natives disrupting the silver supply intended for China. Both his new partner and the accompanying Chinese princess have a bigger purpose, and as the mismatched trio work their way across Mexico we learn more of them and of Kitazume’s past.

Swedish artist Robert Sammelin is a name equally unknown to the comic reading public, which is frankly astonishing given the skills on display here. There are a few rough edges, but Sammelin is a natural storyteller with a notably fine line and a fluid way with people in action that should be the envy of better known artists. Beyond that, he’s very good at enabling us to judge character from someone’s expressions and poses, De Guzmán identifiable as a rogue from his introduction and despite his clothing.

The frustration of Cimarronin is that the creative team have applied the research and plot as if writing a novel, for the long term, not considering the chances of any new title succeeding. Or not. What we’re left with is three chapters that failed to find an audience despite their quality, several large unanswered questions, the promise of a continuation that didn’t appear, and sixty pages of nice period art. A pity.