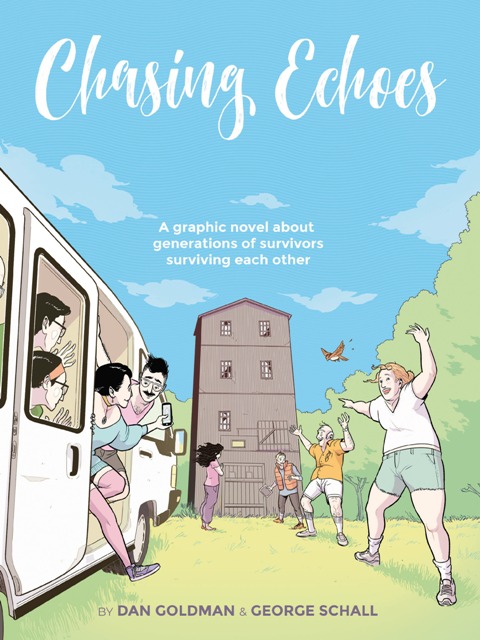 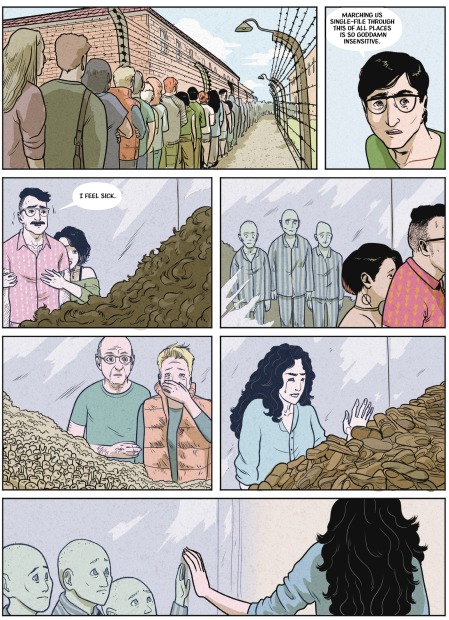 Malka Solomon-Gomez’s life hasn’t been going well for the past year. Her husband walked out on her, her family is about to be evicted from their home and her 14-year-old son has just informed her that he is moving to his dad’s house. Her solace is in being the self-appointed keeper of the Bloom family tree. Her mother’s parents Szulim and Frieda both survived the Jewish Holocaust and came to America, something Malka is immensely proud of. She’d love to return to the “old country” and trace her relatives. Then she discovers through social media that her uncles, aunts, and cousins are headed to Poland to find the long-lost family mill- without her.

Chasing Echoes is a darkly funny and moving story about tracing your roots and confronting uncomfortable truths about yourself. Writer Dan Goldman assembles a relatable cast of dysfunctional people who garner your sympathy and appall you in equal measures. The premise is set around Malka’s efforts to join her family in Europe even if half of them don’t want her. The balance is struck in Goldman’s players all being more dysfunctional than they themselves realise, only going to Poland after years of talking about it because Elton John is playing near Auschwitz.  They all have their own flaws and a reason to escape for a while.

Goldman’s story about complex family dynamics is also about being Jewish in the 21st Century, albeit with an American view. He doesn’t hold back on the complexities of the Jewish psyche, especially of those whose ancestors survived the Holocaust. As the book progresses we see a lot of unresolved and shared trauma passed on from generation to generation. In many ways their pain is still fresh and raw, Malka and her family reliving that through their encounters with locals and visits to the internment camps.

These very emotive elements are well rendered by George Schall who uses creative devices to ensure the impact is felt. Through flashbacks to familial experiences, he captures the spiritual sense of pilgrimage to Poland and the tangible tensions within the family. Each player is imbued with identity in both their appearance and how they conduct themselves. He doesn’t shy away from the icky details as some of the more uncomfortable situations unfold, yet is able to impart comedy in them. Schall’s depiction of the family’s experiences at Auschwitz (sample) is intelligently portrayed and a powerful piece of storytelling.

Chasing Echoes is a well-told tale, but feels like the 2006 film Little Miss Sunshine except with a larger Jewish family. They’re both about families on awkward road trips and there are definite influences, so while Goldman’s plot heads down a predictable route of self-discovery it is unique enough to make it stand on its own.

Unflinchingly candid but never judgemental, Chasing Echoes is a nuanced and thought-provoking human story about facing your shadow self. It’s about having faith, being okay with having none and confronting prejudices that won’t go away. Not only those of other people but our own. 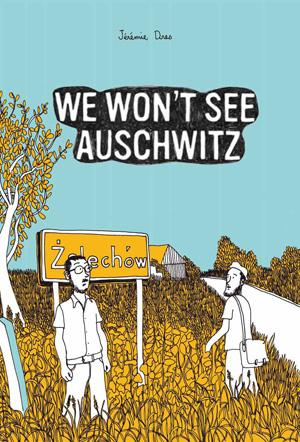 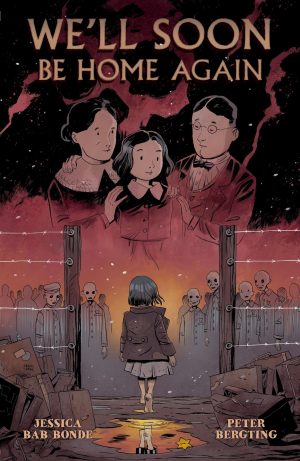