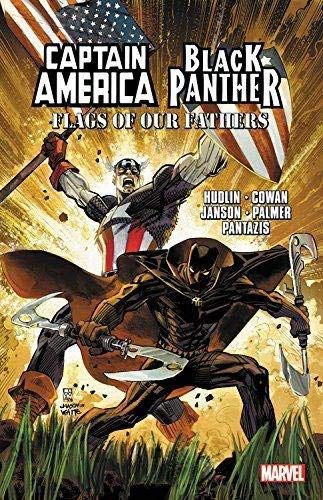 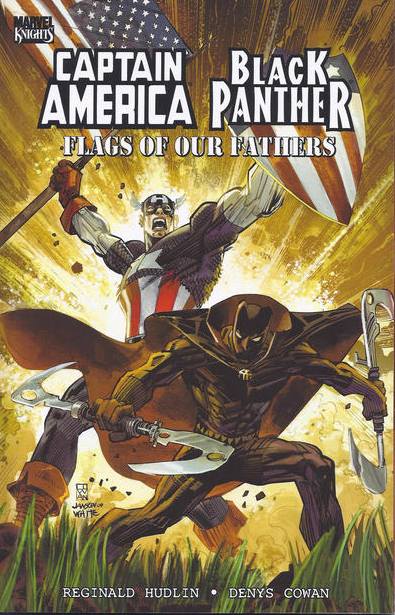 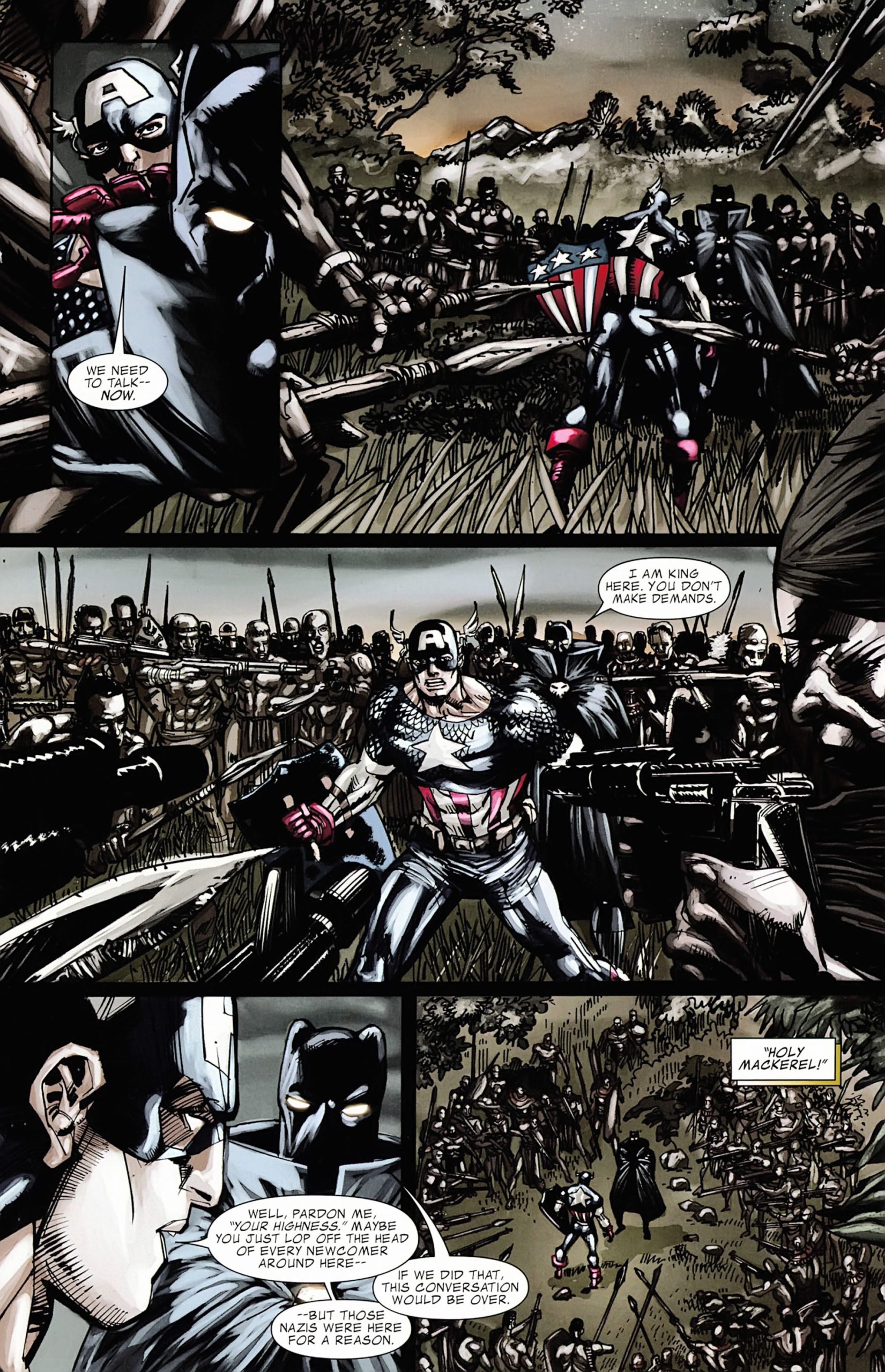 Everybody loves a solid sensibly sensational team-up, and discovering a slice of previously unrevealed secret history about your preferred fictive universe is an indescribable thrill. So, what better than if you can combine both guilty pleasures with enjoying a rollicking four-fisted action rollercoaster ride, well written and superbly rendered?

Just one such concatenation of good things in one basket is Captain America/Black Panther: Flags of Our Fathers by Reginald Hudlin and Denys Cowan. Comic continuity is especially fluid in this yarn, which depicts the secret and tumultuous first meeting between the patriotic symbols of two embattled nations.

The Black Panther rules over a fantastic African paradise, which isolated itself from the rest of the world millennia ago. Blessed with unimaginable resources – both natural and not so much – the nation of Wakanda developed uninterrupted and unmolested by European imperialism into the most technologically advanced human nation on Earth. The country has also never been conquered. The main reason for this is an unbroken line of divinely-sponsored warrior kings who safeguard the nation. The other is a certain miraculous super-mineral found nowhere else on Earth.

In contemporary times that chieftain is (usually) T’Challa, the Black Panther. He’s an unbeatable, feline-empowered, strategic genius who divides his time between ruling at home and serving abroad in superhero teams such as the Avengers. However, long ago as World War II engulfed the world, another Black Panther, the grandfather of the one we know best, met a far younger and more impulsive Sentinel of Liberty.

The action kicks off in the middle of a furious fight as Gabe Jones, the only black guy in Sgt. Fury’s Howling Commandos, is just as startled as his white buddies to find a masked maniac dressed like an American flag pounding the crap out of the Nazis they’re being swamped by. Although they initially think he’s a clown, the Howlers soon take to the naïve Star-Spangled Captain America. They have to, as the Top Brass think they complement each other and have ordered soldiers and superhero to work together from now on.

Meanwhile in Germany, Adolf Hitler orders his most elite warriors to invade a barely known African kingdom and secure supplies of a vibration-absorbing element crucial to the Wehrmacht’s development of V-weapons. Arch-supremacist Baron von Strucker and his cronies expect no trouble from the primitive, sub-human non-Aryans, but the malign Red Skull has reservations.

When the Allies get word of the expedition, they quickly send their top team to stop the Nazis, but they are too late. The fabled Wakandans have already despatched a German expeditionary force with the ruthless silent efficiency that has kept their homeland unconquered for thousands of years. As a shocked Captain America surveys the bloody handiwork, he is challenged by a warrior in a sleek black outfit, looking like a human panther.

Confronting head-on historical and contemporary issues of racism whilst telling a stunning tale of action and adventure is no mean feat, but Hudlin and Cowan pull it off with staggering success. Flags of Our Fathers brilliantly highlights two national symbols in conflict yet united in mutual benefit with style and wit, and still manages to tell a tale of breathtaking power and fun. Read it now and see for yourself. 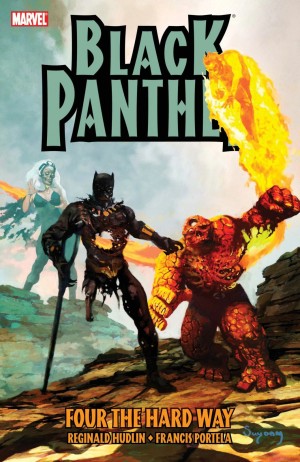