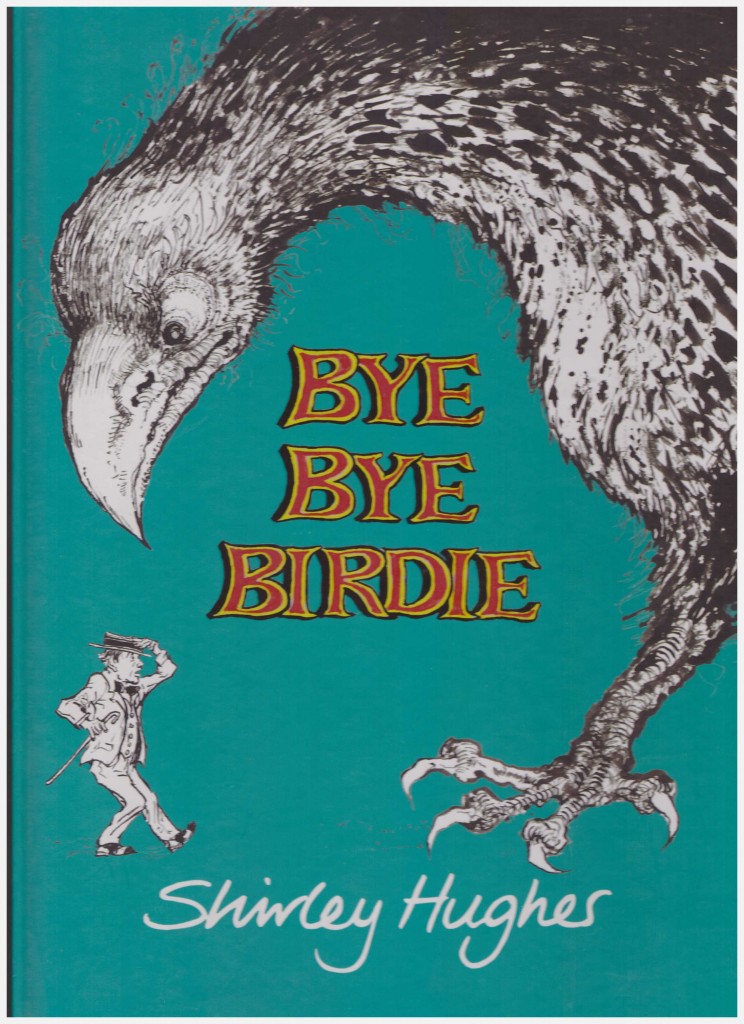 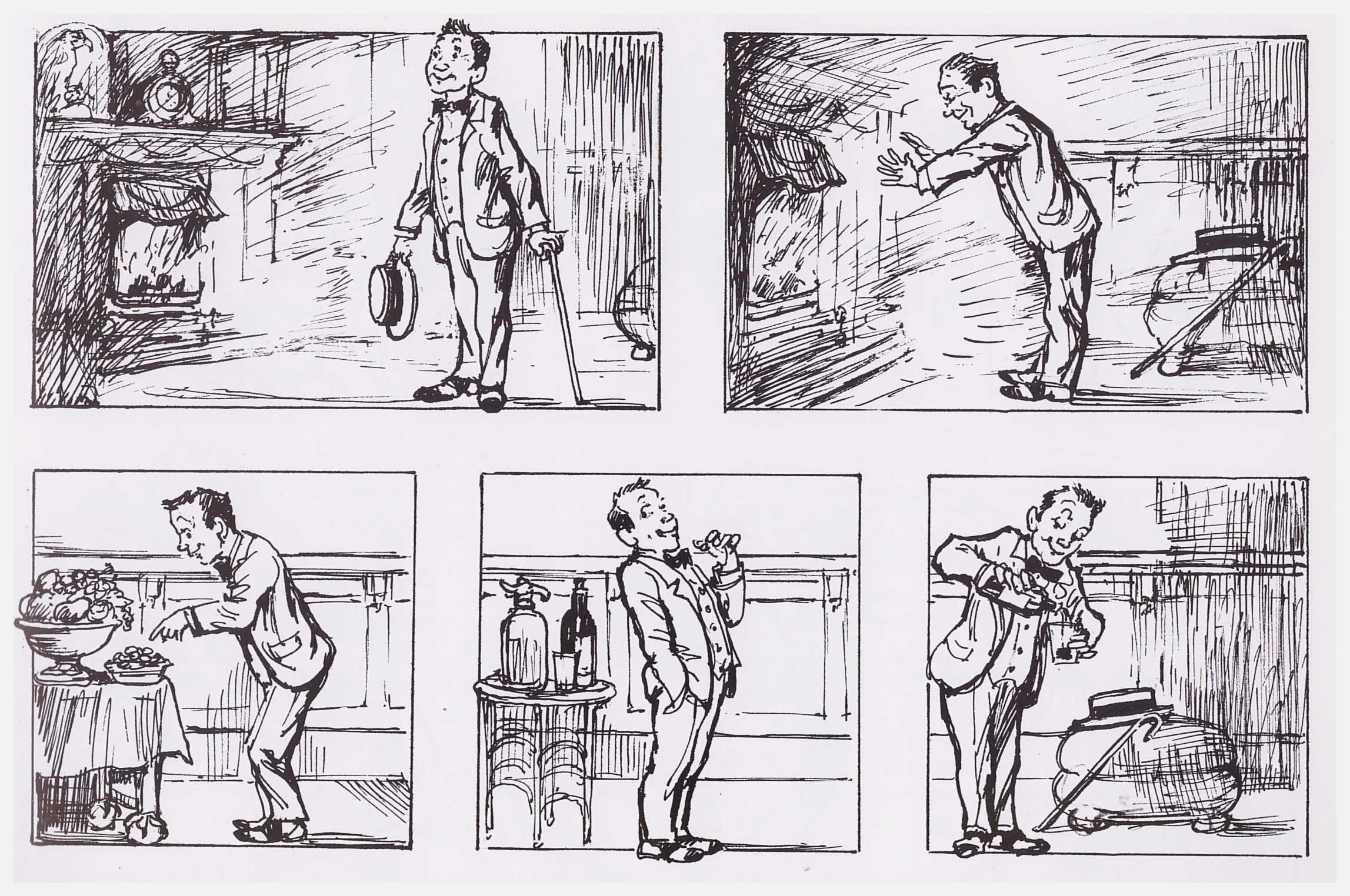 The first graphic novel from much beloved children’s book writer and illustrator Shirley Hughes greatly disappoints. It’s a dialogue-free piece, reflecting the era of silent movies by dressing the lead character in spats, waistcoat and boater, and using familiar elements from them in sequences of multiple small panels. The period pre-dates Hughes’ childhood by a decade, and is one used in her children’s books.

The dapper man convinces an alluring, but largely concealed, woman to accompany him home. Once there she’s revealed not as a woman with a penchant for an excess of feathered adornment, but as a very large bird. Her size increases as he flees through a surreal nightmare, all the while viewed as prey.

Bye Bye Birdie was marketed as part of Jonathan Cape’s adult graphic novel line rather than toward Hughes’ traditional audience, so it’s fair to assume the metaphors and Freudian elements are deliberately placed rather than being personal whimsy. Unravelling it all will be a matter of personal interpretation, but the element of the bird consuming the man seems to be a straightforward statement, and an odd one in this day and age.

Hughes’ art follows the style established in her material for younger readers, a gloriously expressionistic naturalism, exaggerated for comic effect as the man in the boater continually flees toward the next trap.

For all the accomplished art, this is a very slim story indeed, and the few bizarre or funny moments fail to compensate for the lack of any real substance.