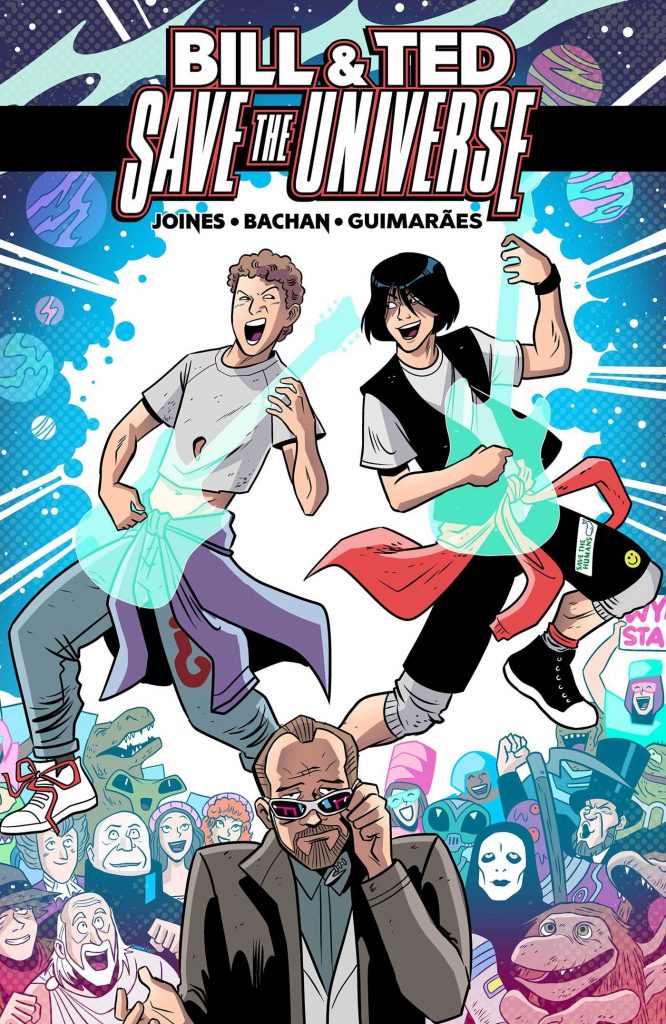 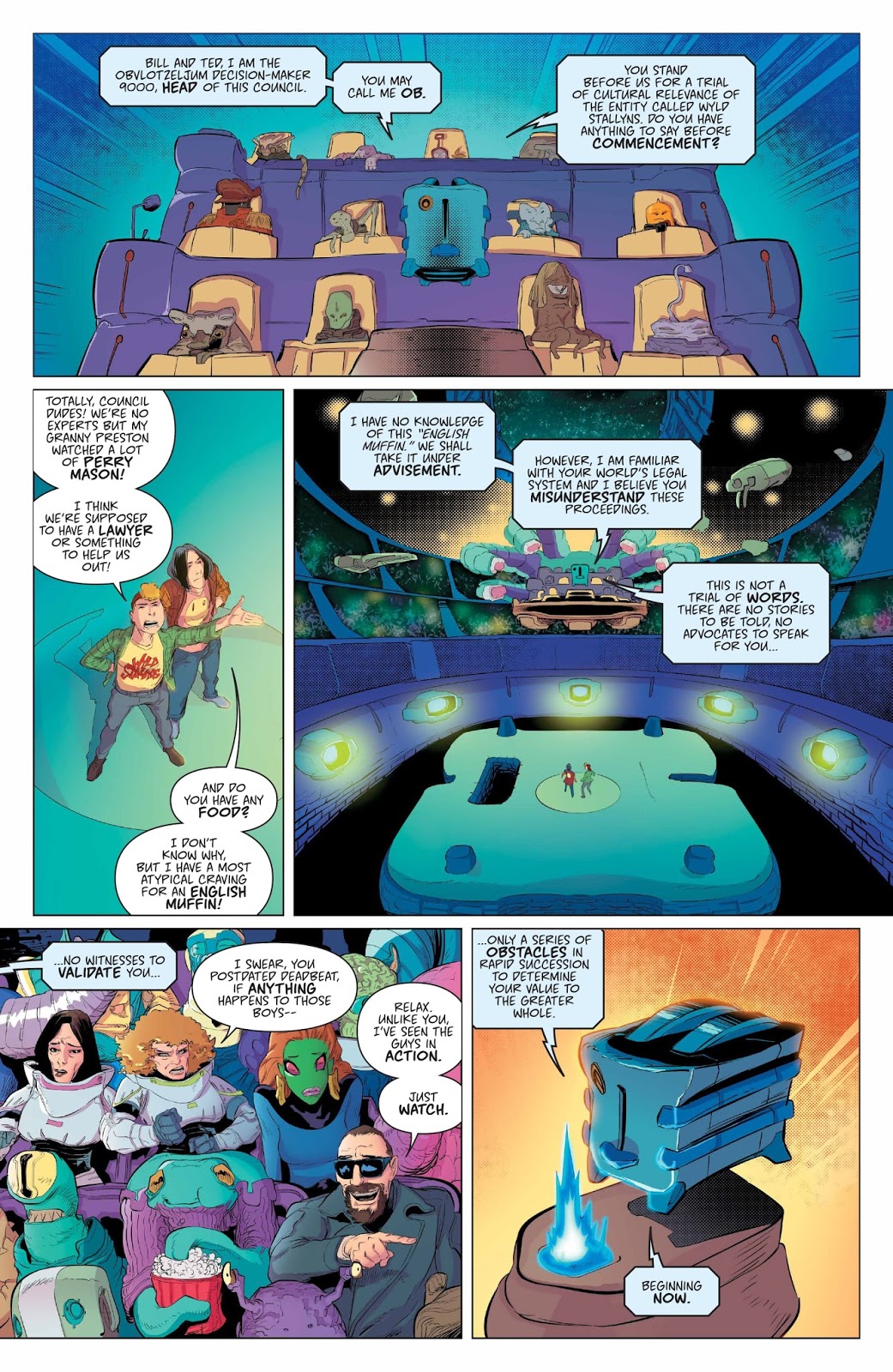 Brian Joines and Bachan were righteously triumphant on Bill & Ted Go to Hell, so it’s most non-heinous to see them back for Bill & Ted Save the Universe. From the opening scene of Bill & Ted being chased by the person they call Vlad the Impala, you know you’re in safe hands. At issue this time is exactly how was it that Wyld Stallyns music spread around the universe?

It’s been five years since Bill & Ted passed their history exam, Wyld Stallyns’ first album is a success, and other cultures in the universe are beginning to become curious about how it is that their music is able to bring peace to warring planets. Last time round Joines drew heavily on the supporting cast from the Bill & Ted films to create the fun, but this time he’s largely creating from whole cloth as Bill & Ted have a space adventure. Early on he creates an intriguing division with Rufus who needs to see history as he knows it play out, and Bill & Ted who just want to get home to their wives and children, and then follows that up with the introduction of a couple of characters who most people really should have thought about, but probably hadn’t.

Artist Bachan puts a tremendous amount of work into designing worlds and aliens, both of which have to match the mood of Bill & Ted in being out there, but basically not too threatening. As seen on the sample page, these are wildly imaginative, the speaking toaster with the blue flame later influential. As was the case previously, Bachan doesn’t go for exact likenesses of actors Alex Winter and Keanu Reaves, their accessories doing the job.

Joines’ plot places family dynamics at the heart of matters. Both Bill & Ted’s families are on the lower rungs of functional, so how can the amiable idiots be considered the ones destined to spread peace around the universe? Like before, it’s funny. Joines has the ridiculous dialogue down, including Rufus’ strange future phrasing, and makes good use about what we know the cast are capable of, but for all the good aspects Bill & Ted Save the Universe is about a chapter too long. Joines works his episode endings to cliffhangers, but pads out the middle section with a couple of twists too far. It does lead to a very good final chapter offering plenty of surprises, but here briefer would have been better.