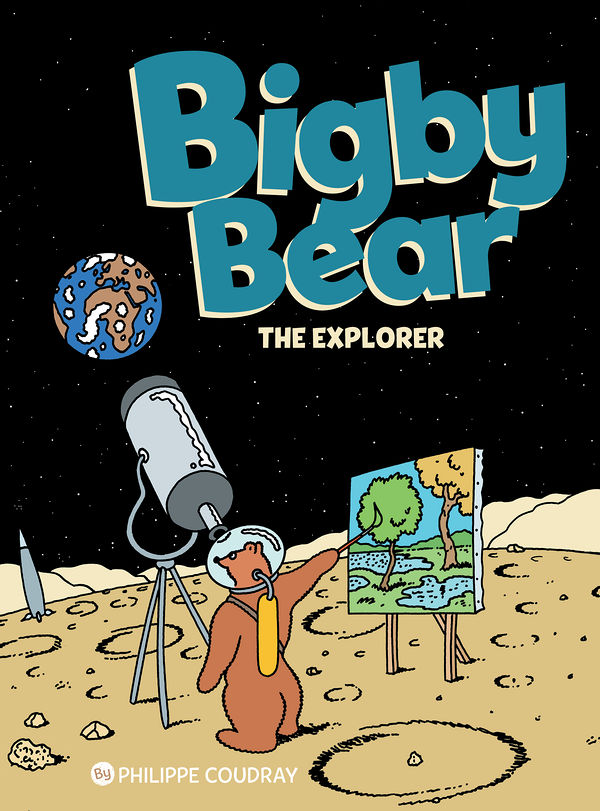 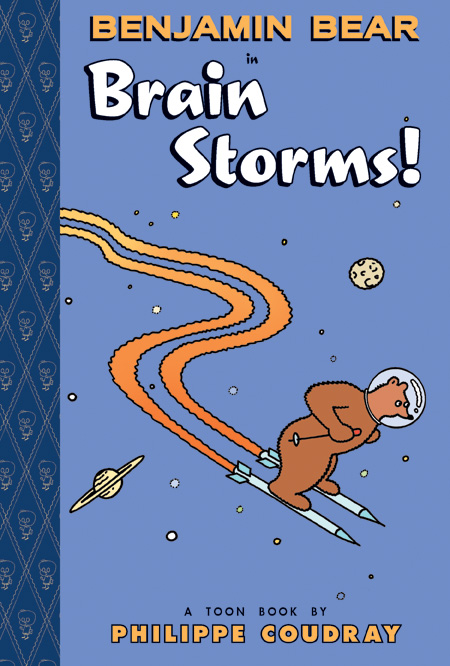 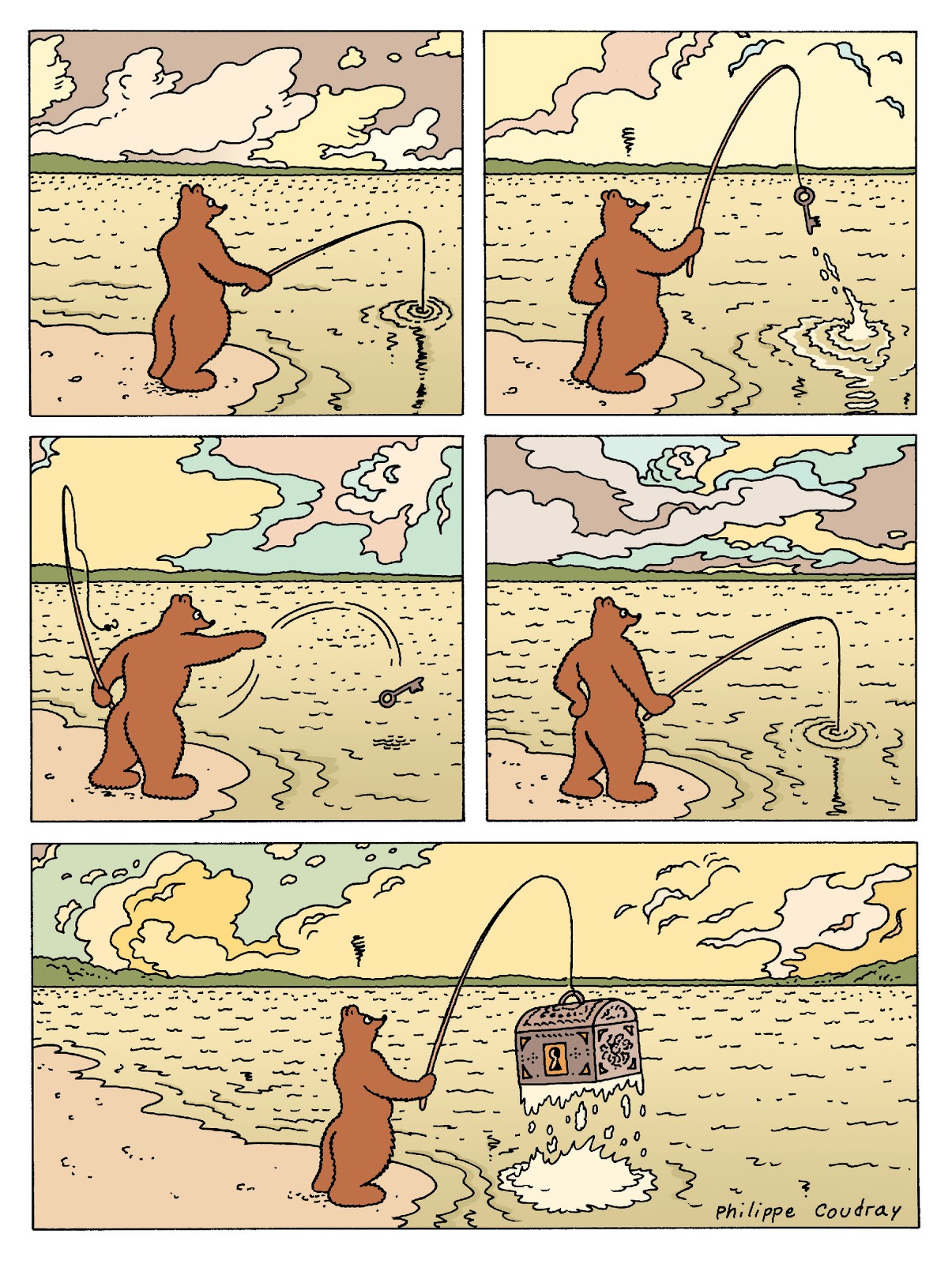 Philippe Coudray’s all-ages wonder continues with a third outing translated from the original French. That’s not a first for Coudray, whose works have been used by the French government to combat illiteracy and translated into many languages; none more so than L’Ours Barnabé which has appeared in Japan, China, Germany, Sweden, and now a couple of times in America. The first time was as Benjamin Bear, where this volume was titled Brains Storms!

Whether Bigby or Benjamin, this supplies the philosophically absurdist ruminations of an artistically-inclined bear and his woodland companions as they observe and tentatively interact with the wider world, pondering big questions in a surreal and often absurdist daze.

This third translated volume has a selection of visually challenging riffs on the theme of exploration and discovery. The beguiling bear’s explorations reach outer space and the compelling depths of the oceans, both just new playgrounds and thought labs for the bemused cast. Bigby and company wander other worlds, scanning the skies and voyaging to the bottom of the seas, keenly observing and making notes, scientific, artistic and even musical.

When not scaling heights and plumbing depths, our jolly questors have fun in museums, zoos and aquaria; encounter a far from abominable snowman and find time to pass their knowledge and discoveries on to his cub and a rapt younger generation.

As ever, these episodic vignettes often employ puzzles and riddles, and are as such as much children’s storybooks as a graphic novel, with visual tricks abounding.

Bigby is genteel fun, bemusing whimsy and enchanting illustration. It encourages its young audience to think their way through problems and about the wider world, and you’ll find yourself enjoying the irrepressible escapades as much as any child.