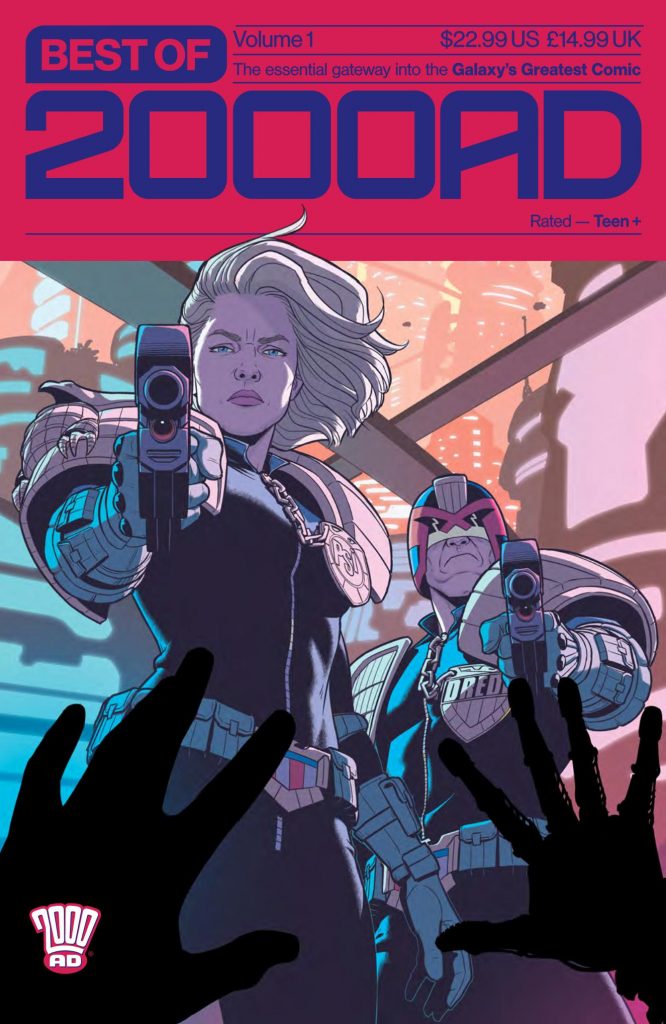 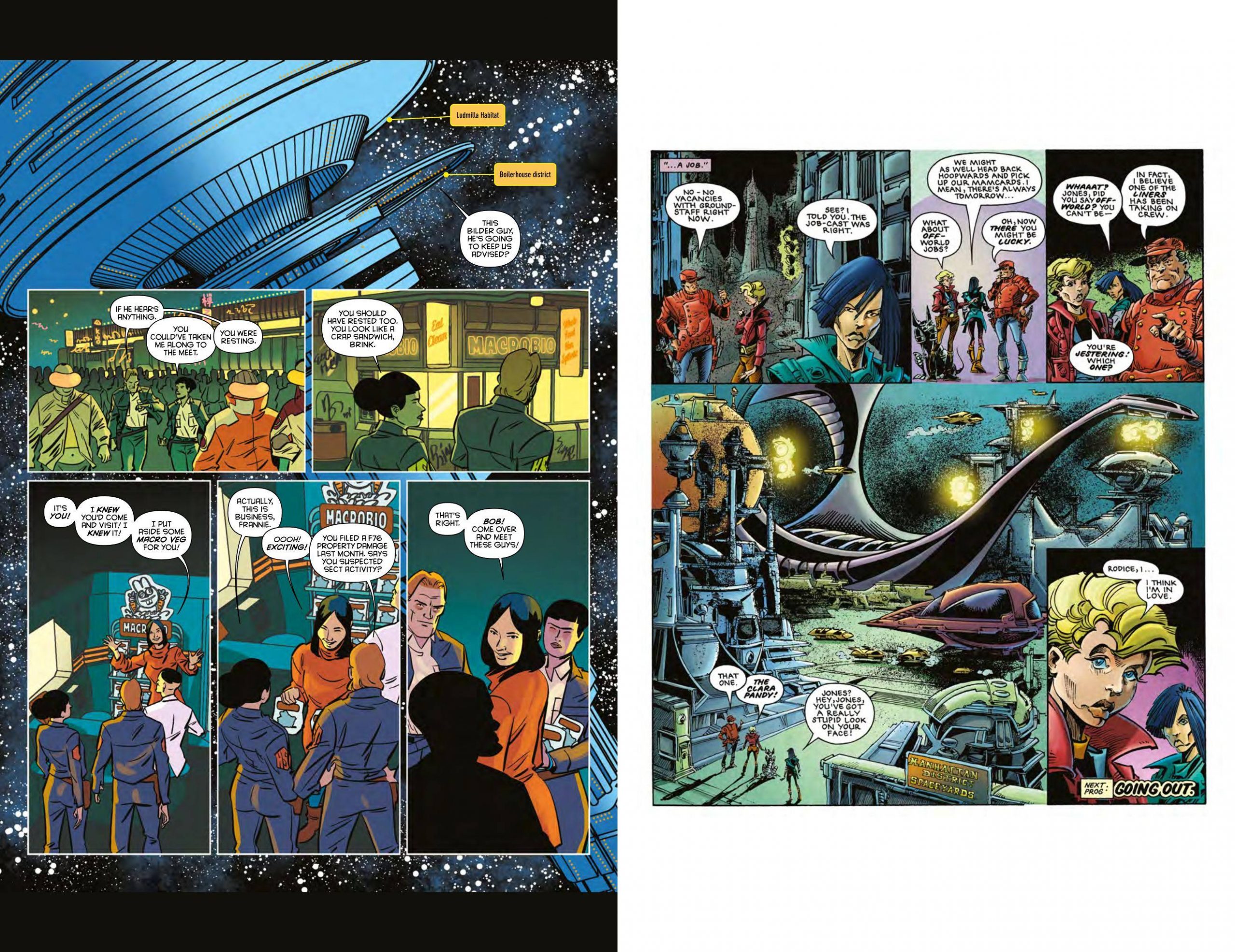 There used to be a black and white reprint magazine showcasing the best of 2000AD back in the 1990s, but with the improvements in printing technology and digital availability it’s surprising it’s taken until 2022 for the idea to be upgraded and revived. With 45 years of weekly strips to call on, there’s no shortage of material vying for inclusion, and the list of contributing artists alone guarantees the quality on offer.

A cover price a penny short of £15, and the entire Judge Anderson ‘Shamballa’ story inside should be more than enough to sell this two hundred page opening volume. There’s no explanation of characters or scenarios for potential new readers, but providing big chunks of several inclusions is its own explanation.

Naturally enough, the selection opens with 2000AD’s most prominent personality Judge Dredd in John Wagner’s ‘Mutie Block’. Originally published in 2008, it can now be read as a biting condemnation of inhumane immigration policy, with Mega-City One substituting for the United Kingdom. Those looking for a better life are cynically manipulated by a system with racism inbuilt, while the ignorant views of bigots are aired, but from there, no matter how beautifully drawn by Kev Walker, it becomes a standard Dredd outing. The only real novelty is the narrative treatment of interviewing participants as if for a news report.

The creation of Brink and Halo Jones, is separated by decades, but both make good use of creatively designed versions of the future. Alan Moore and Ian Gibson’s purpose is an SF story not depending on action and violence, while Dan Abnett and I.N.J. Culbard’s later work is a surprising procedural crime mystery named after the lead investigator. Both are imaginative and engaging, although purists should note Halo’s adventures are now coloured.

It’s surprising to find no work from 2000AD founding father Pat Mills here, and there’s little of the trademark 2000AD humour. It’s there in the Strontium Dog short by Wagner and Carlos Ezquerra, in D.R. and Quinch’s Agony Page by Jamie Delano and Alan Davis, and in the manic, but lightweight Dredd outing ‘Spock’s Moc Chocs’ in which Brendan McCarthy and Jamie Hewlett combine on the art. Those are the three shortest stories, though, combining for under twenty pages in total.

Despite the stunning photo-realistic art of Arthur Ranson, ‘Shamballa’ is an under-rated story. It begins with strange killings in Mega-City One and elsewhere, forcing international co-operation to investigate, and from there Alan Grant takes Psi-Judge Anderson on a mind-expanding journey changing her view of life and its possibilities. It’s spiritual and raises questions of belief we should all consider, yet it’s also a cracking action thriller, and oh, that art!

Quibble about the inclusions, but with so much quality to choose from, a definitive Best of 2000AD just isn’t possible, but another five volumes follow, so perhaps your favourite will be included in them. 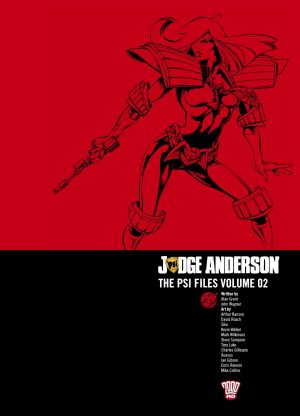