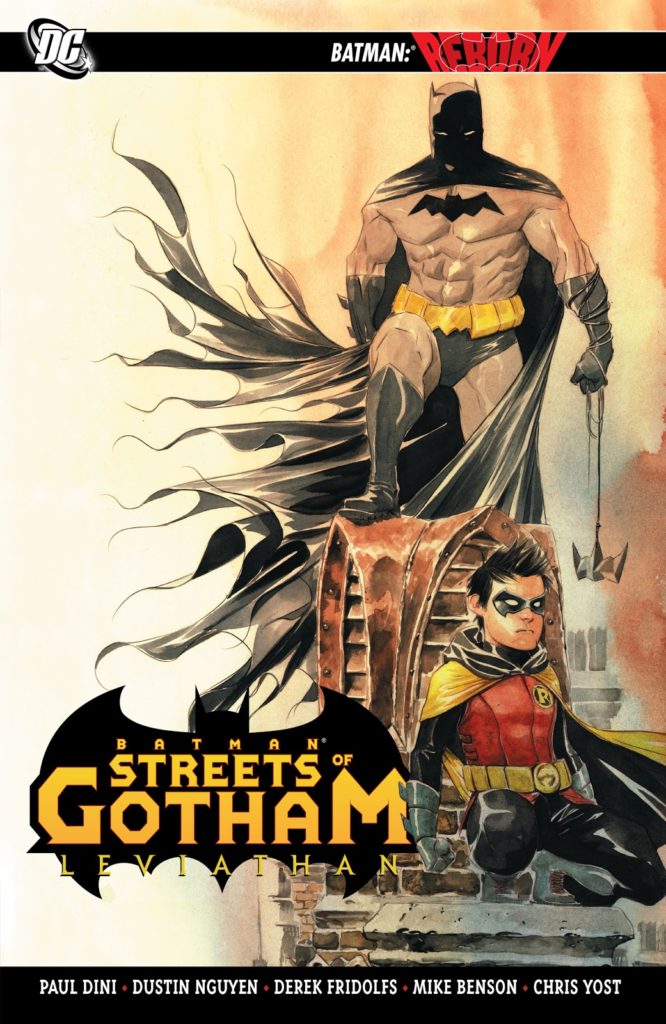 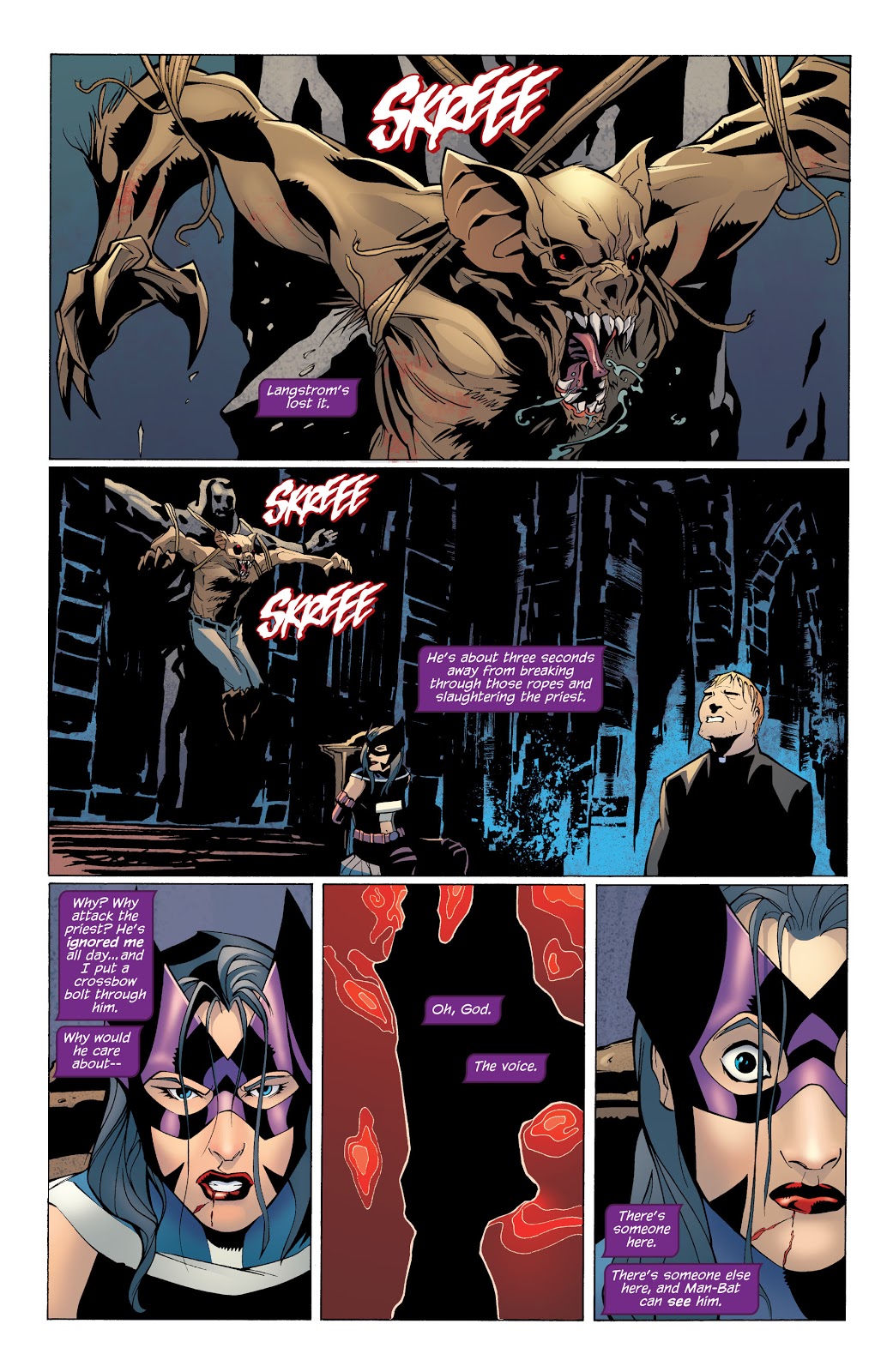 Streets of Gotham is a series looking at what goes on in Gotham when its greatest protector is away. That’s not to say Batman isn’t around, and Bruce Wayne is as well, but they’re not quite what they have been, nor what they will be again after this series.

Paul Dini’s evocation of Batman’s villains was so successfully creepy over the cleverly titled Hush Money that it’s disappointing to discover he only writes three of seven chapters, but at least Dustin Nguyen provides an artistic continuity. Chris Yost and Mike Benson each submit a two part story, Yost’s being the title piece, focussing on a Gotham priest whose faith is faltering in the face of the city’s daily atrocities. It’s a smart plot cleverly rolled out, and as seen from the sample art, Nguyen draws one hell of a savage Man-Bat, but the ending is a little too rapid. Benson’s story is deliberately seedy, stirred passion and jealously resulting in multiple corpses, but it’s more straightforward and predictable.

Dini’s opening contribution is a seasonal thriller disconnected from his main narrative. “I figured it was just a matter of time before Santa joined our rogues gallery”, observes Robin drily. It’s dark, the seasonal snow exceptionally well created by Nguyen offering almost the only brightness, as Victor Szasz’s plans take an even bleaker turn. Ideas may have been formed about the identity of the bulky person delivering vigilante justice to child abusers in Hush Money, but Dini’s a step ahead, the simplicity of the masquerade a smart clue. The relentlessly appalling Szasz may not be the most dangerous of villains when a hero’s around, but to normal humans he considers prey, there are few of Batman’s villains more monstrous. Again Dini and Nguyen release the darkness, and again we squirm. Involving other writers intrudes on the formula Dini established, moving the focus more back toward the heroes Huntress and Batman instead of unfurling the festering thoughts of the villains. While the remainder of the material is okay, and everything has Dguyen’s magnificence attached, it’s Dini’s contributions raising Leviathan above average, and he concludes his primary plots in The House of Hush.