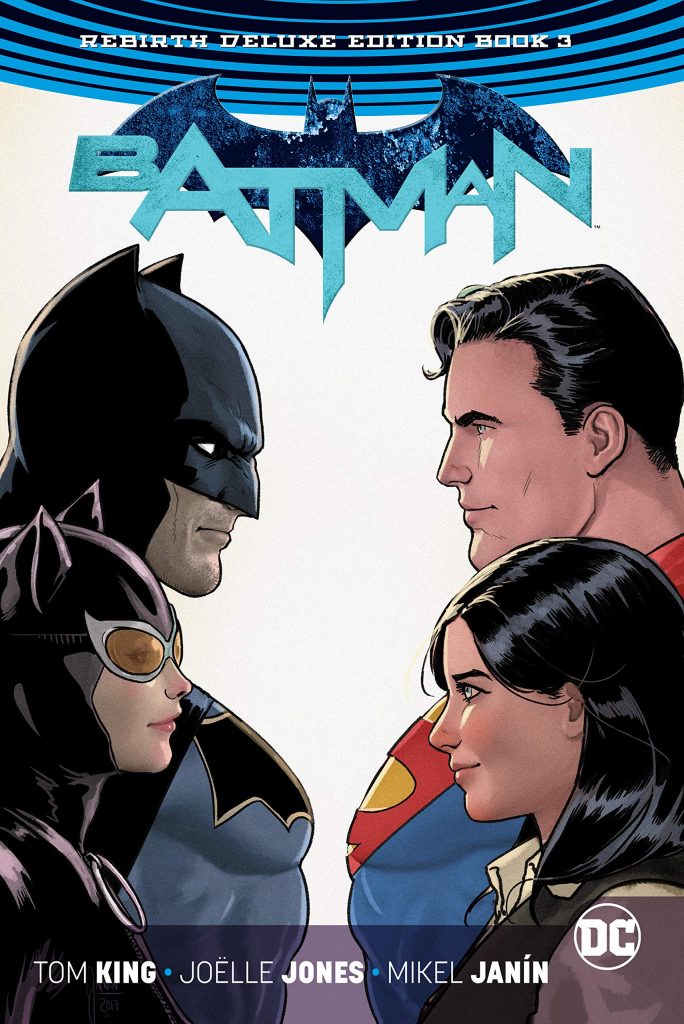 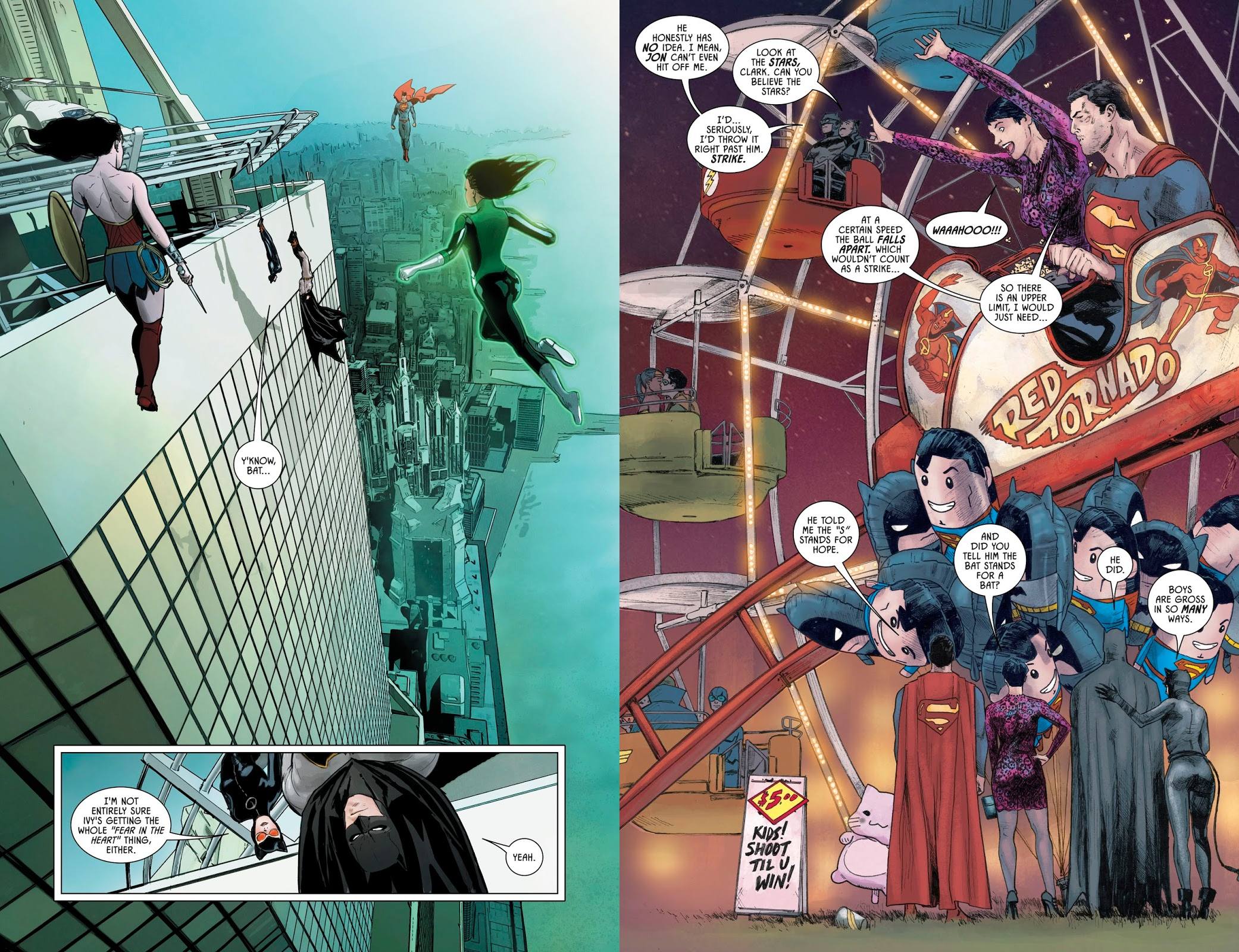 Over the two previous Deluxe Editions of Tom King’s Batman the focus has been principally on Batman. Commissioner Gordon and Alfred have featured, but almost all of Batman’s other associates have been sidelined until now. The most prominent of them here is Damien. Introduced by Grant Morrison as a kid with maximum snottiness and the skills to back it up, under subsequent writers he’s been unconvincing as they’ve failed to realise any vulnerability or uncertainty destroys the illusion. King, though, manages to add some humanity via an absolute faith in Batman while keeping Damien convincing. It’s a fine line well straddled.

The big character beat of Catwoman agreeing to marry Batman ended Book 2, and there’s an awareness of this being a problematical sell to Bruce’s friends and allies, what with her criminal past, not least 237 murders. How will the wholesome Superman react? The solution is a clever date night at the fair. It’s one of numerous shorter stories in this collection designed to address Batman and Catwoman’s relationship from different angles, incorporating past, present and future, the variety of mood and tone not failing to impress. It’s not every writer who could manage such dazzling shifts of atmosphere effectively, barely making a wrong step, with only the opener not quite achieving the balance of entertainment and efficiency.

Several artists included here draw their only contributions to King’s run, and like everyone else before or after they’re good. Joëlle Jones isn’t the first artist to come to mind if a swordfight showdown in the desert is at the heart of the story, but she delivers the art to a higher standard than the story, which is King’s single lapse, and then reprises with a Batman and Wonder Woman team-up. Lee Weeks supplies a fantastic rainswept Gotham, Clay Mann the timeless Rockwellesque comfort of a night at the fair (sample spread right), and Michael Lark a mournful glimpse into the future. The longest story involves Poison Ivy, and Mikel Janín (sample art left) delivers that with all the Pre-Raphaelite allure Ivy inspires.

The entire package is progression in once again humanising Batman. He fights crime extremely efficiently, but now also takes some time off occasionally. Scenes reinforce the time he spends with Catwoman, a necessity for any relationship, and add character to what already has wit, intelligence and innovation. It builds to a climax addressed in Book 4.

As paperbacks this content is found as Rules of Engagement and Bride or Burglar?