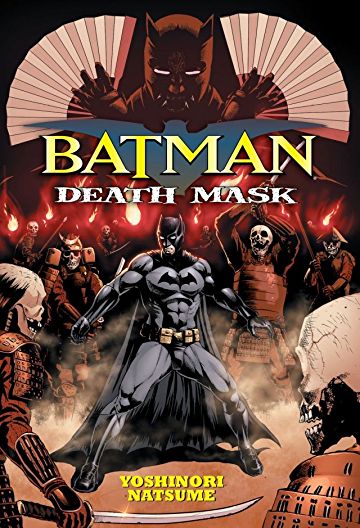 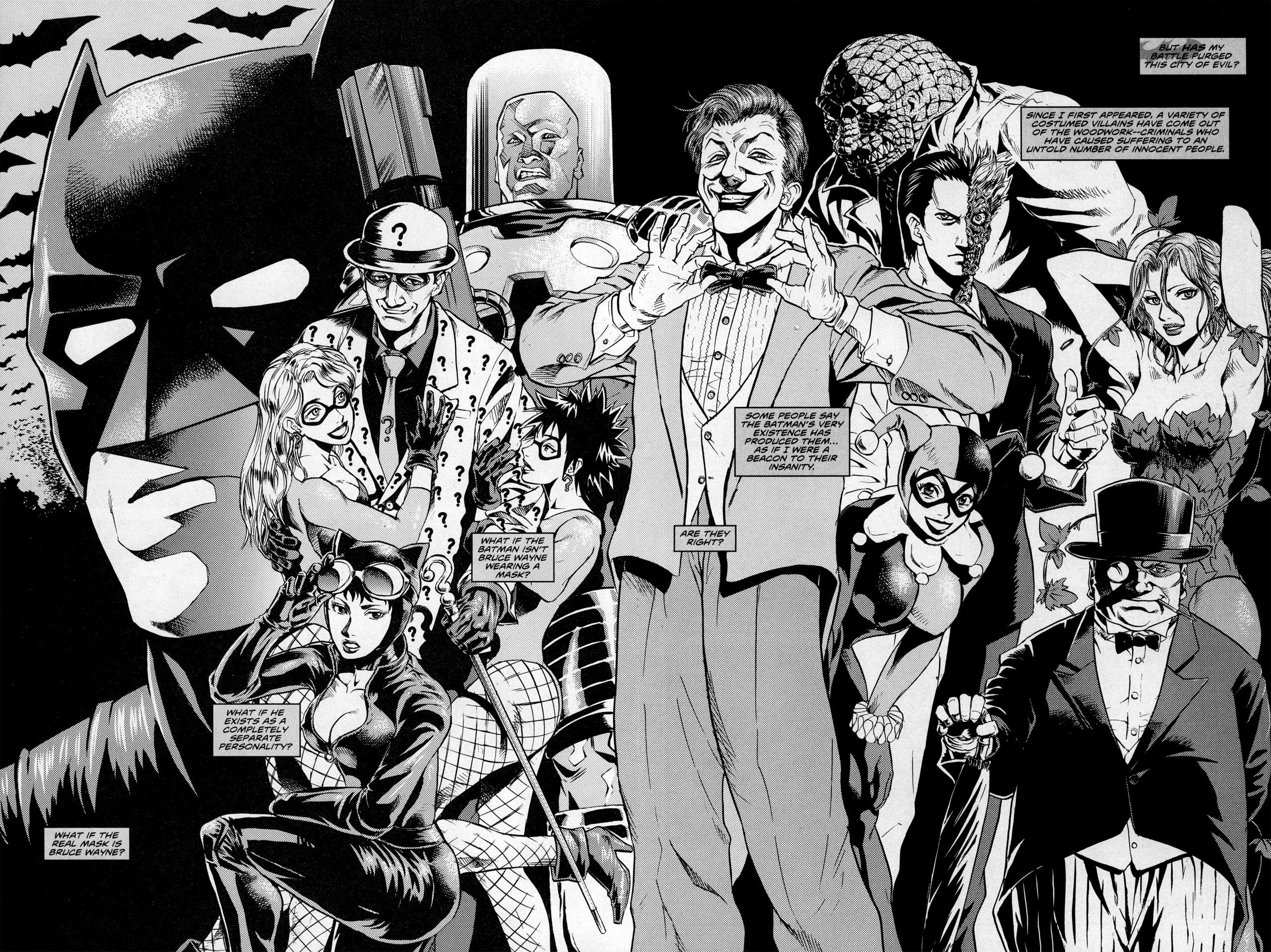 Other Japanese creators previously produced Batman stories, but it wasn’t until 2008 that a Japanese creator worked on the character specifically for the American market. Yoshinori Natsume made his name with Togari, a series about an 18th century serial killer set loose in 21st century Japan to redeem himself, and grabs the attention with Death Mask from the opening page with Batman’s mask displayed among dozens of more traditional varieties on a wall.

It’s worth noting early that Natsume works in the manga tradition, and the panels need to be read from right to left. His theme is one that’s been handled before by Batman authors, that of whether the mask hides the person within or projects them to the world, but he ties that into a faux Japanese legend about a warrior trained to fight in a war that ended before he returned home, and what he caused and became. It’s pieced together with the younger Bruce Wayne studying martial arts in Japan and his present day counterpart beset by disturbing dreams of a Batman like-creature possessing him, which appear to be coming true.

There’s a wonderful delicacy to Natsume’s art, a gorgeous thin line, but as seen by the second chapter’s glimpses into the distant past, it’s not his only style. The flashbacks are illustrated with a charcoal effect, muddying them, as if displaying the past uncertainly. The only aspect of the art that’s troublesome is Batman himself, as seen on the cover, so finely sculpted and his costume almost applied by paint. It’s a rigid mechanical look, and there’s a wonder that he can even move in this form.

By just after the midway point we know who the criminal mastermind is, and what they’re up to, Natsume tidily merging superheroics with the mysterious occult themes often used in action manga. It leads to an ending that surprises with its spirituality and ethical considerations, while the more obvious revelations are predictable and not entirely credible. They hinge on an acceptance of fate.

Ultimately, while this is very much Natsume’s personal interpretation of Batman, he’s also using themes that, if not well-trodden, will certainly be known to regular Batman readers, and he doesn’t produce anything original from them. It’s surprising that he was left to his own devices without anyone pointing this out. What’s left is some nice art and the occasional arresting scene in a graphic novel that could have been improved by some editorial guidance.