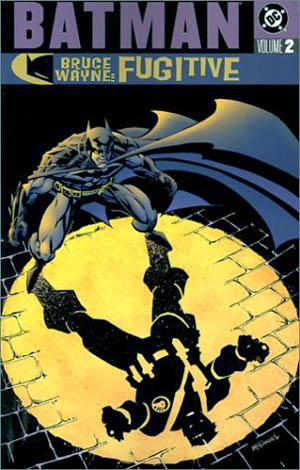 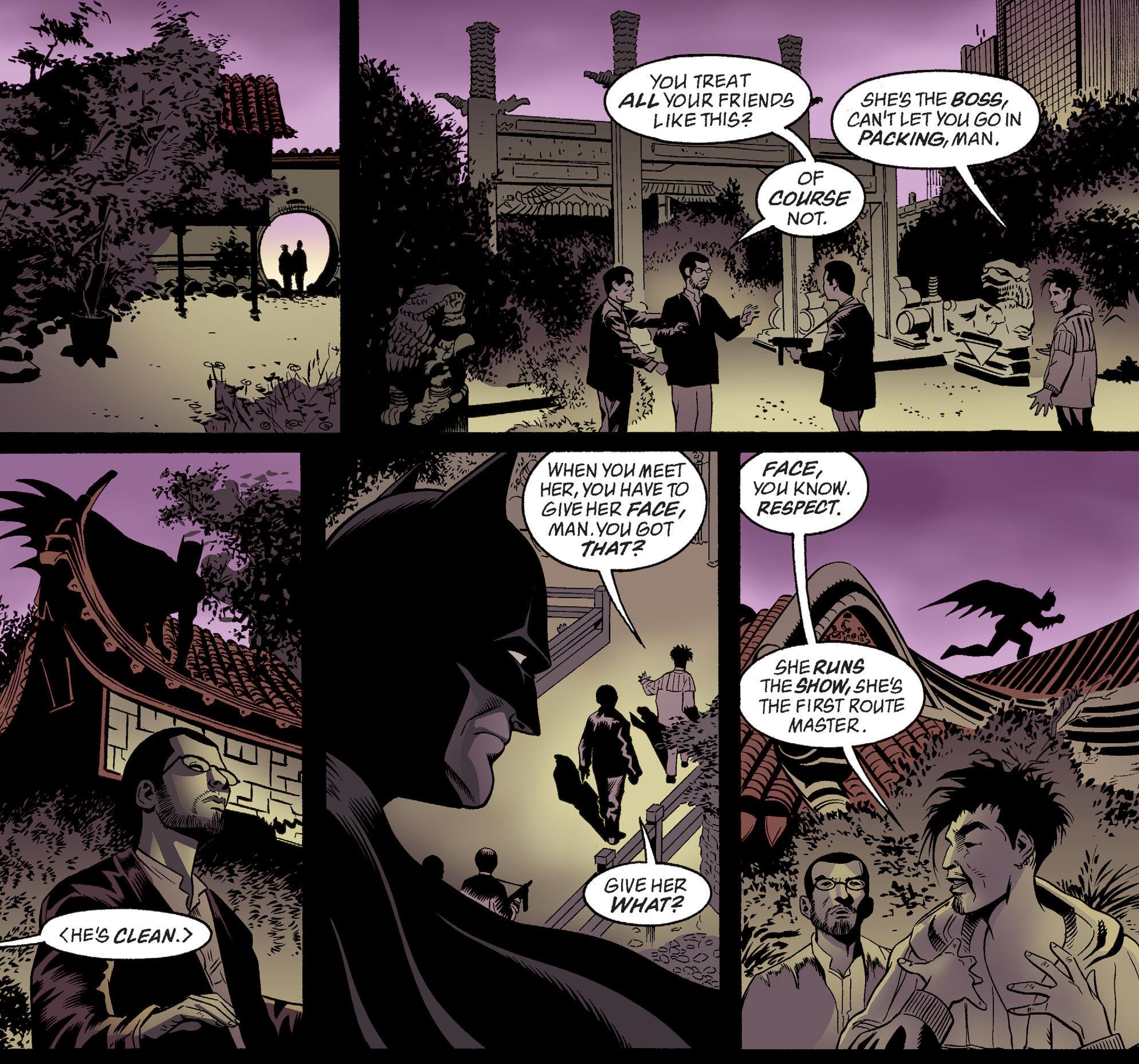 As with Bruce Wayne, Murderer? and volume one, the material here originally ran across several Batman titles, so right from the start the reader is faced with a disparity of approach. Indeed, judging by the opening story, Greg Rucka appears to have tired of the plot altogether.

‘Purity’ could be a standard Batman tale from any recent period, and it’s all the better for that. Rucka is reunited with his Whiteout collaborator Steve Lieber, who’s an excellent storyteller with a style that lacks flash (although he supplies good pagoda). Heroin suppliers are displeased with the manner in which their product is being cut with deadly consequences for users. Covert agency Checkmate is investigating separately, their operative is an engaging character, and Batman meets a new and quite intriguing foe.

Rucka also writes a look at Wayne’s former bodyguard Sasha Bordeaux, now serving time for her part in the murder. She’s well characterised: “The question is would you do it? Would you give your life for that of your principal? Would you take the bullet?”, and has discovered the answer to that question when tempted in jail. Sergio Cariello’s art lacks Lieber’s subtle touch, but it works in context.

Devin Grayson takes over as we return to the plot of Batman attempting to discover who’s framed Bruce Wayne for murder. It’s run of the mill material until she opens up into a compelling sequence as Batman prises some information that leads him to the truth. From there it’s over to Ed Brubaker, and Scott McDaniel’s ugly art delivering almost everything in extreme close-up.

When the finale arrives it’s very rapid for a story that’s sprawled over three graphic novels, and may not make complete sense to those who’ve not read associated material in other Batman books. It barely rings true, and there’s an overwhelming feeling of padding.

As this concludes the mystery of Vesper Fairchild’s murder, and consequently Bruce Wayne is no longer a fugitive, you may be surprised to learn there is a volume three. DC crunched this and its successor into a single volume in 2014, re-arranging chapters for a smoother read.