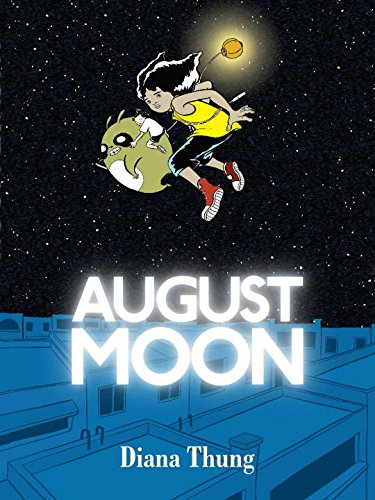 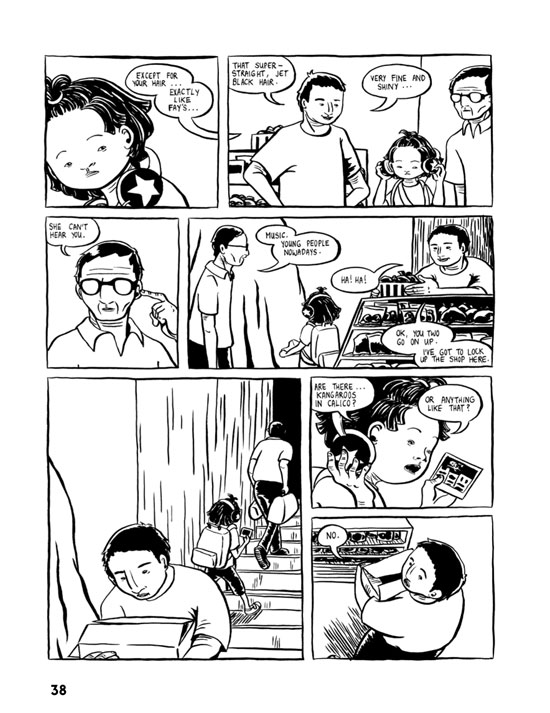 Here’s a mysterious thing. For a while, Diana Thung was a glittering name and shining prospect in graphic storytelling, but after two brilliant young adult fantasy triumphs she dropped out of sight. It’s a shame as her work was superb.

Thung was born in Jakarta, and grew up in Singapore before eventually settling in Australia. She is a natural storyteller, cartoonist and comics creator of sublime wit and imagination with a direct hotline to infinite thoughtscapes of childhood. Every single thing populating her astonishingly unique worlds is honed to razor sharpness and pinpoint logical clarity, no matter how weird or whimsical it might initially seem.

August Moon is a magnificent blending of eastern and western comics influences remixing many standard elements of fantasy into a superbly fresh conjunction for young and old alike. The sentiment is pure and unrefined, while scenarios are perfectly constructed and effectively and authentically realised. When things become tense and scary they are excessively tense and really, really scary.

Rendered in stunning, organically enticing black and white, the scene opens in the Asian township of Callico, an isolated little metropolis in the midst of lush jungle verdure, and a place with a few strange secrets. It’s accessible only by a solitary bridge, so generally cut off from the wider world by dense surrounding forests and innate unchanging dullness, the town moves at its own pace. Life is slow, existence is bucolic and the biggest deal for the people is the perennial debate over whether the strange dancing lights seen in the trees at night are actually Soul Fire – dead ancestors watching over the town – or just some unexplained scientific phenomenon.

Answers start coming for a select few after ugly, business-suited strangers begin buying up empty shops for a company named Mon & Key. Some older street vendors are understandably anxious, but only Grandma and her peculiar little associate Jaden know the appalling threat these interlopers pose. Events start spiralling out of control when the newcomers murder a hitherto unknown “animal” and news of the bizarre beast’s corpse leaks out into the wider world. The amazing discovery brings college biologist Dr. Gan back to the town his dead wife grew up in for the first time in years, dragging unhappy teenaged daughter Fiona with him.

A funny, scary, magical and thrilling modern fable, August Moon seamlessly stitches together ecological themes with beguiling myth to create a captivating tale of youthful empowerment and rebellious wonder. This is a fabulously enticing young reader’s epic every lover of comics and storytelling should take to their hearts.