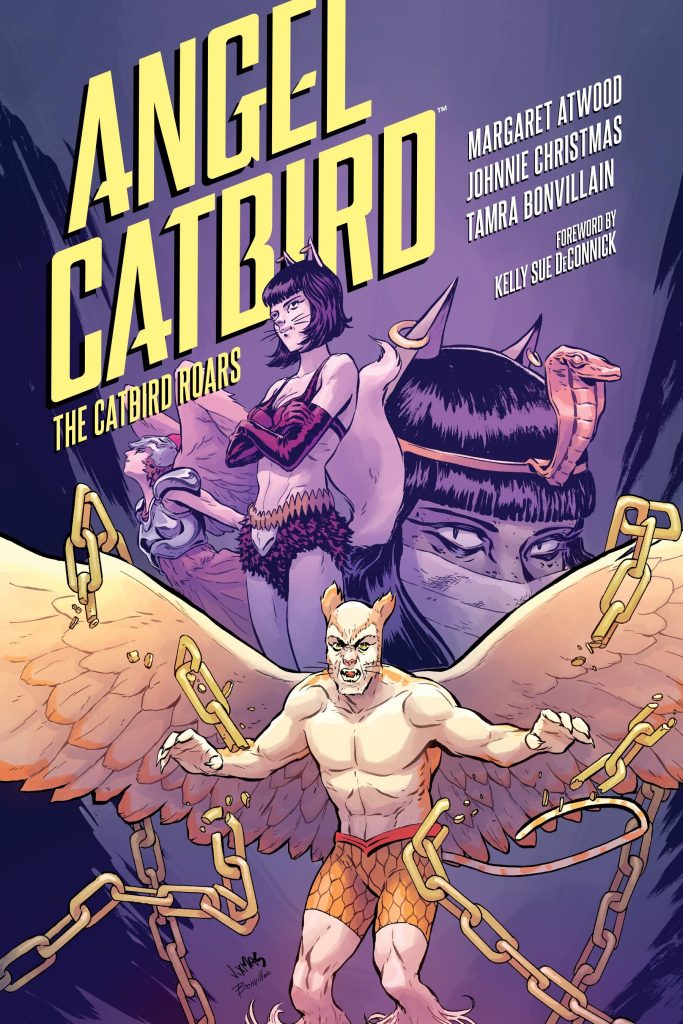 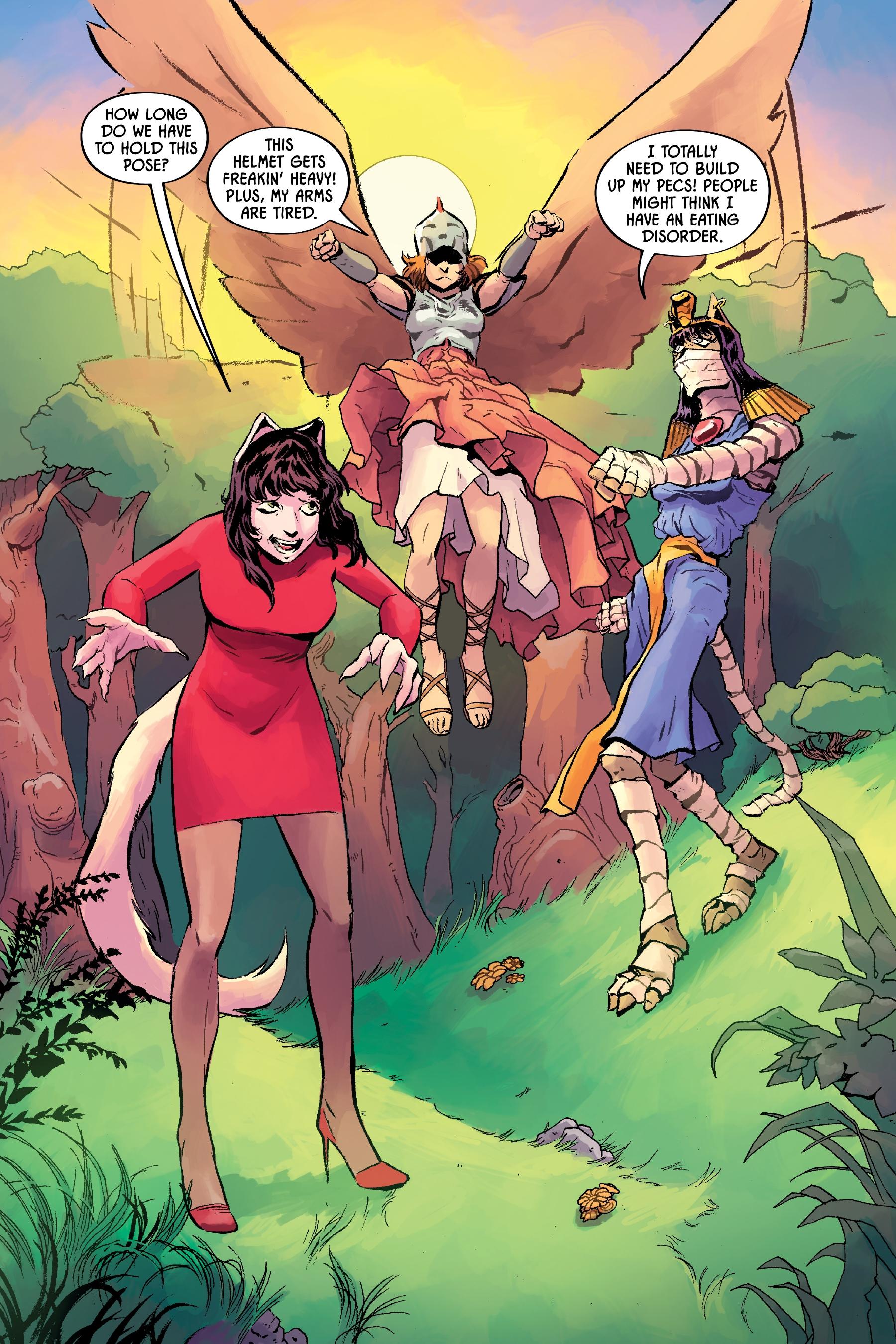 By the end of To Castle Catula Stig, or Angel Catbird, and his assorted fellow human/animal hybrids had reached Castle Catula, which rapidly came under attack from Professor Muroid’s fearsome drone. Stig himself was a little too casual and has been captured, but as Johnnie Christmas’ sample page shows, rescuers are heading his way.

After three volumes Angel Catbird has lost its charm. An eighty page pastiche of 1940s comics was entirely viable as an opening volume, but extending that over three books stretches it beyond snapping point. If Kelly Sue DeConnick, writer of this volume’s introduction, had submitted the proposal to Dark Horse it would have been rejected out of hand, and it’s extremely unlikely anyone at the company volunteered to tell Margaret Atwood that Angel Catbird has failings. She’s enjoying herself throwing out alliteration, puns and expository dialogue, and there are occasional sparks displaying the work of a highly imaginative writer. Rats drawing with their tails is nice, as are the mice activists and the subversion of the girlfriend rescuing the hero, but to much is overwrought, with endless pages of discussion as one deliberately ridiculous scene leads to the next. No, it’s not meant to be taken seriously, but a lighthearted touch shouldn’t mean discarding all logic. At times the characters are written as if children acting out their roles, and a trick played too often is the deus ex-machina device with no foreshadowing.

Christmas’ loose cartooning has been good throughout, and that doesn’t change. He channels the simplicity of 1940s comics, but his storytelling is far more sophisticated, depicting the humorous elements without overplaying them. His design notes close the book.

Informational paragraphs about cats have been a feature of Angel Catbird from the start, integral to its purpose, and these are extended to cover other species here. It would be a disservice not to note that further information can be found at www.catsandbirds.ca.

Angel Catbird began as a decent idea, but it’s dragged on too long, artificially extending a slim plot. Perhaps the altered reading experience of the entire story collected in a single volume (due late 2018) will make a difference.