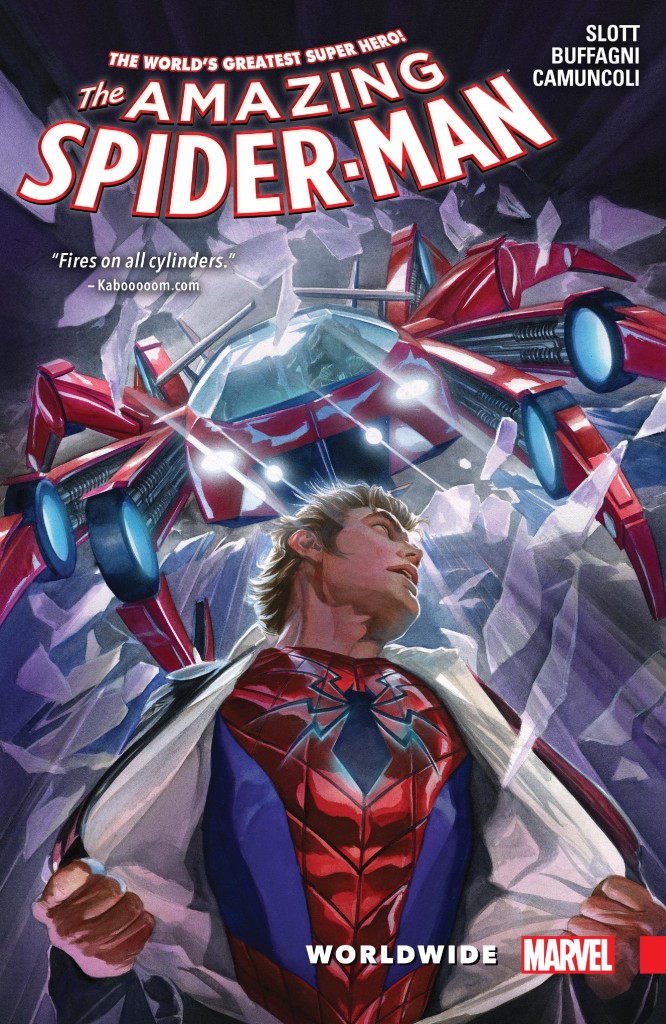 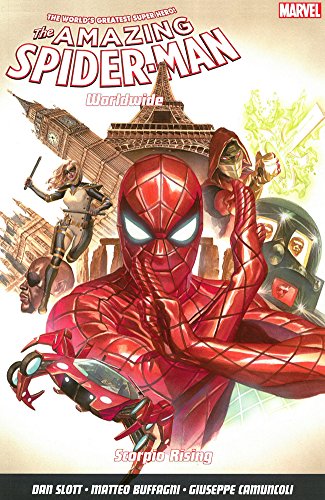 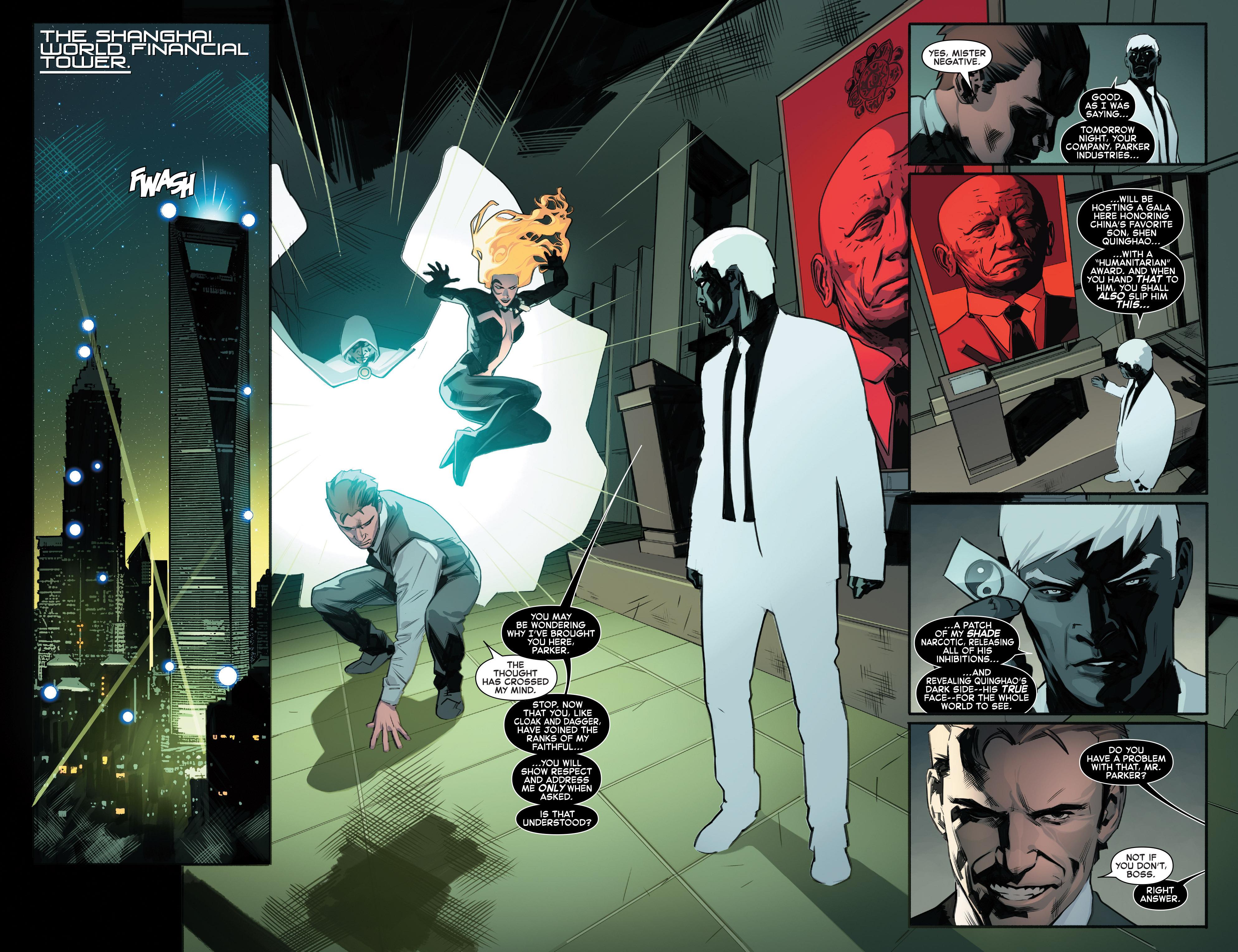 Worldwide volume one saw Dan Slott exploring how Peter Parker is stepping up from being the almost guy he’s been in the past to his current position running Parker Industries, a globally successful firm.

The company has premises in key cities across the world, several of which are visited here, but it’s in China that most time is spent. There’s also a familiar villain back in Shanghai, causing considerable disruption, and, as Matteo Buffagni’s sample pages show, he’s corrupted Cloak and Dagger. That’s an interesting plot, but it doesn’t approach the best here. From the earliest days Spider-Man the comic has thrived on soap opera style sub-plots. For decades these have primarily been a concentration on Peter Parker’s misfortunes, but Slott’s been eroding that, and with Parker now running a global concern Slott’s either dispensed with the idea or setting him up for one almighty collapse. The soap opera aspects have transferred to the supporting cast, each of whom has a characteristic or concern of note. Particularly clever is Dr Wu, a grumpy medical research genius.

Buffagni’s art is polished and fits in extremely well alongside the work of first string penciller Giuseppe Camuncoli who returns later in the book. Both are excellent storytellers, and both are capable of teasing out the maximum excitement from any given scenario.

In the first book Zodiac were pretty much the basic  industry standard crime cartel. Better costumes than AIM, but less pep than Hydra on a good day, so pretty dull for the most part. The final revelations in that book indicated something a little more fascinating, and that begins to come to fruition here, firstly as their methodology is explained. That leads to a nail biting rush as Zodiac appear to hold all the cards. It’s not essential to appreciate the story, but Slott throws in many little details, including references to the past, and these supply little extra bumps of joy in what’s already a frenetic page turner.

There has been some online talk that Slott has spent long enough on Spider-Man. What is wrong with some people? Before Dead No More is next.