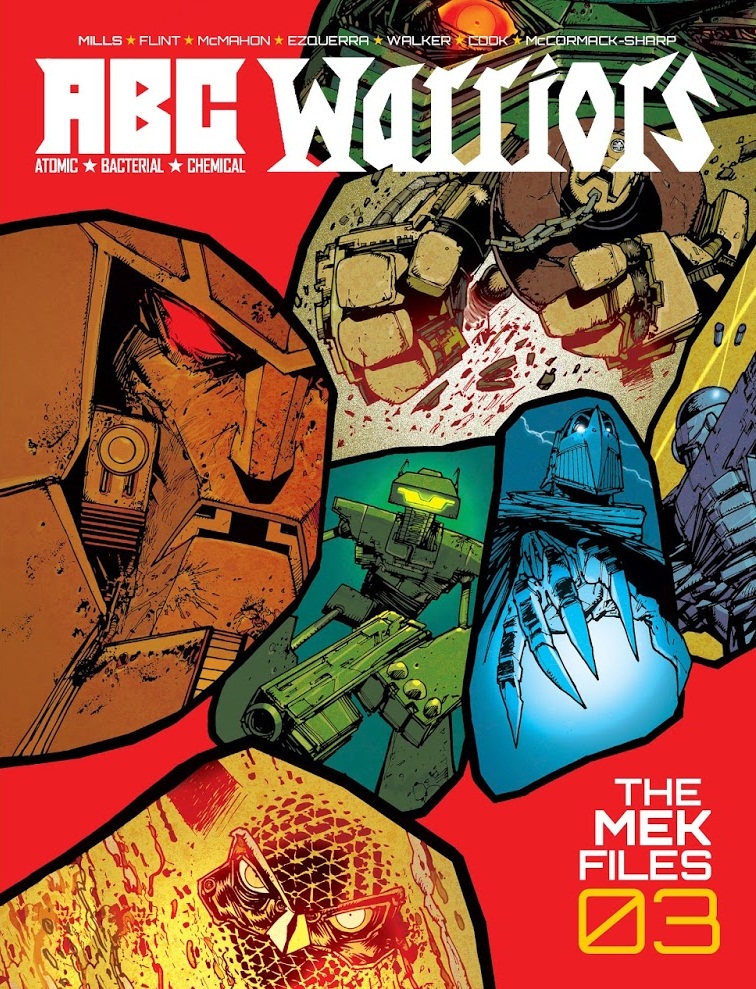 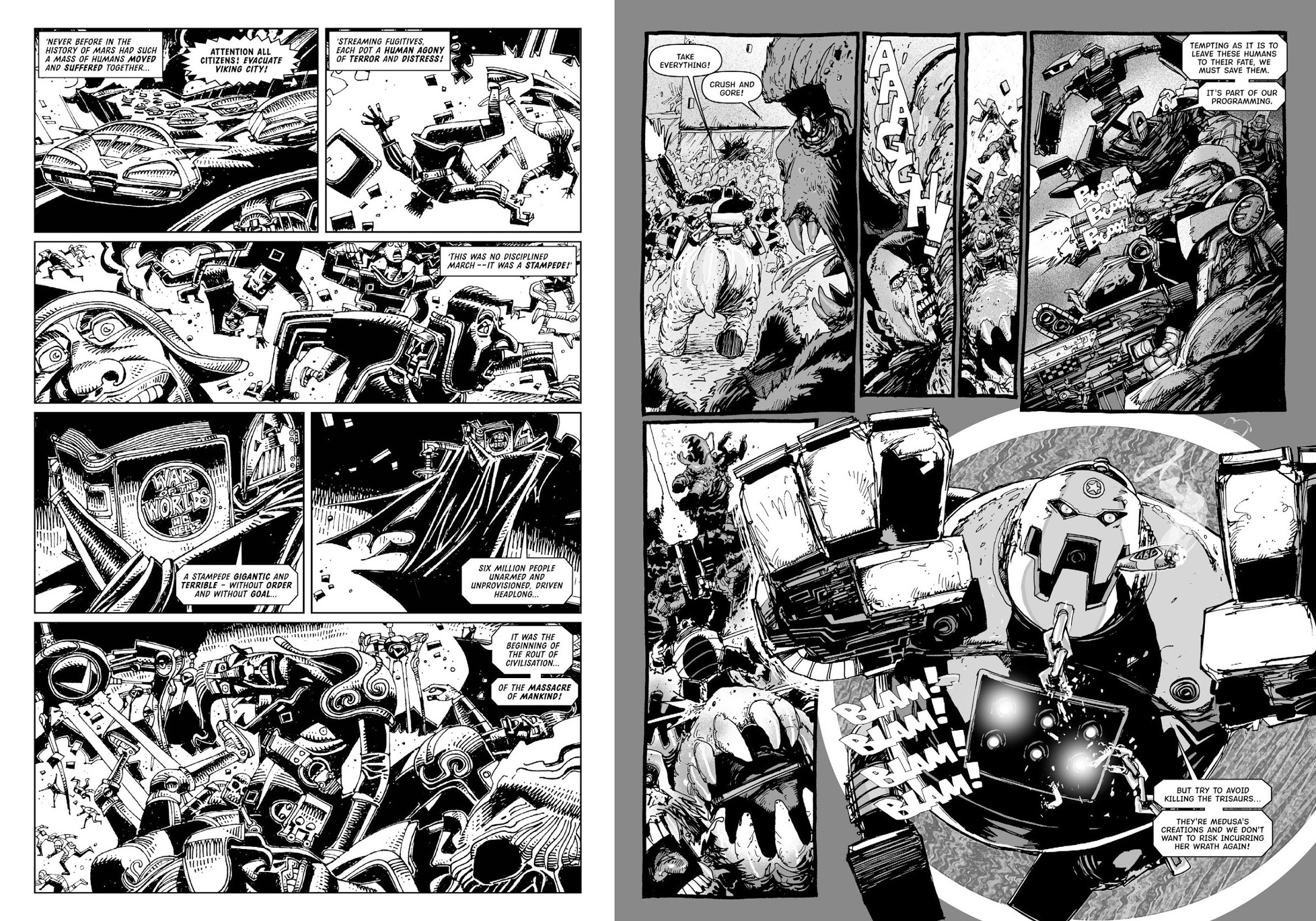 This extremely varied collection presents two ABC Warriors series separated by a decade, one profoundly unsatisfying, the other other a surprising and welcome return to form.

What was originally presented as The Third Element should in theory work, and it takes knowledge of background events revealed by series co-creator Pat Mills and others to fully realise why it doesn’t. Produced in 1999, a fair gap on from the previous Hellbringer, it discards all plots about the team as adherents of Khaos, and returns them without explanation to being troubleshooters on Mars as in The Meknificent Seven or Mek Files 01. This isn’t the only inexplicable event. One ABC Warrior dies and is resurrected without explanation, while Mongrol, essentially the Hulk of the team, suddenly has erudite speech patterns. Other examples can be found. The stories have some interesting ideas and some interesting artists, but never sparkle even when infused with creative ideas. The explanation as provided in Mills’ own memoirs and David Bishop’s Thrill Power Overload is that Mills resented what he perceived as heavy-handed editorial interference. Having already found it difficult preparing a run of ABC Warriors to match the styles of different artists, doing so while seething with anger removed any enthusiasm for the task. This is the contractual obligation series.

The shame is that most of the art is good, although not all perhaps suited to the feature. Mike McMahon’s art constantly developed, and by 1999 had moved toward an almost abstract conglomeration of shape and tone. It looks amazing, but doesn’t tell the story well. Kev Walker is as noteworthy in black and white as he was in colour, and then newcomers Henry Flint and Boo Cook each bring a contagious enthusiasm.

Ten years later the more mature Flint (sample art right) is even more impressive in illustrating the greater portion of what was originally released as The Shadow Warriors. With a new editorial team and new publishers in place in 2009, Mills relocated his mojo, and turned out a simple, but consistently entertaining plot about corporate and political interests on Mars allying to target the seven ABC Warriors. They’re individually matched against another robot theoretically able to exploit their weak spots, and these are a deadly and well conceived bunch. Each is imaginatively eccentric and Flint’s design work is notable, distancing them from the near humanoid robots that had come to dominate. Mills is obviously having fun with some of the new cast, particularly enjoying a twisted robot preacher and a sadistic robot surgeon, and the capabilities of the new robots are inventively threatening.

Carlos Ezquerra takes on the opening chapters of the second story, and it’s interesting to see him working in black and white again after a long period using colour, and his pages look better than a lot of other work he was producing around the same period.

As Western themes are used throughout the second story, it’s appropriate to note Mek Files 03 as the good, the bad and the ugly, sometimes in the same strip. Mek Files 04 follows with The Volgan War.