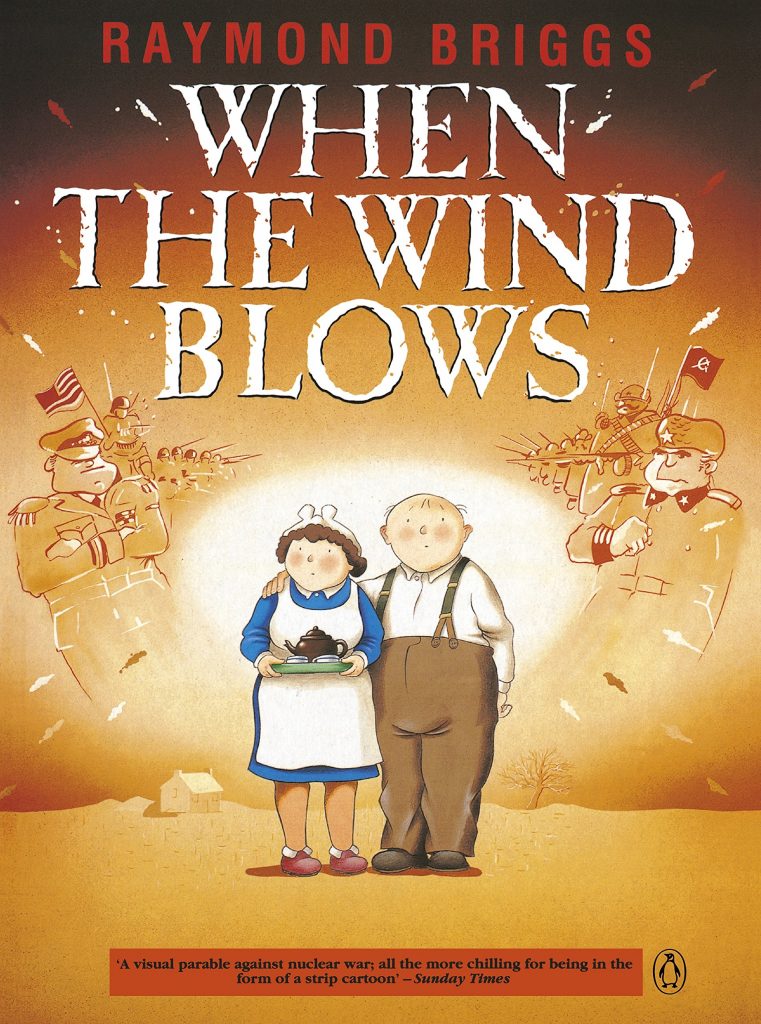 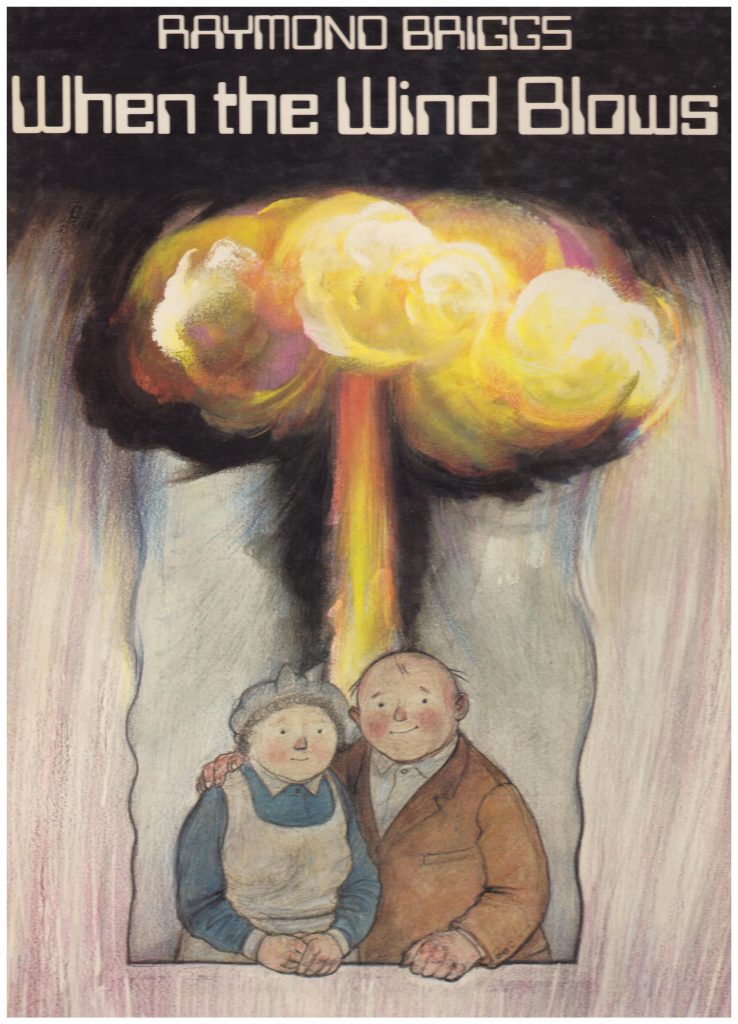 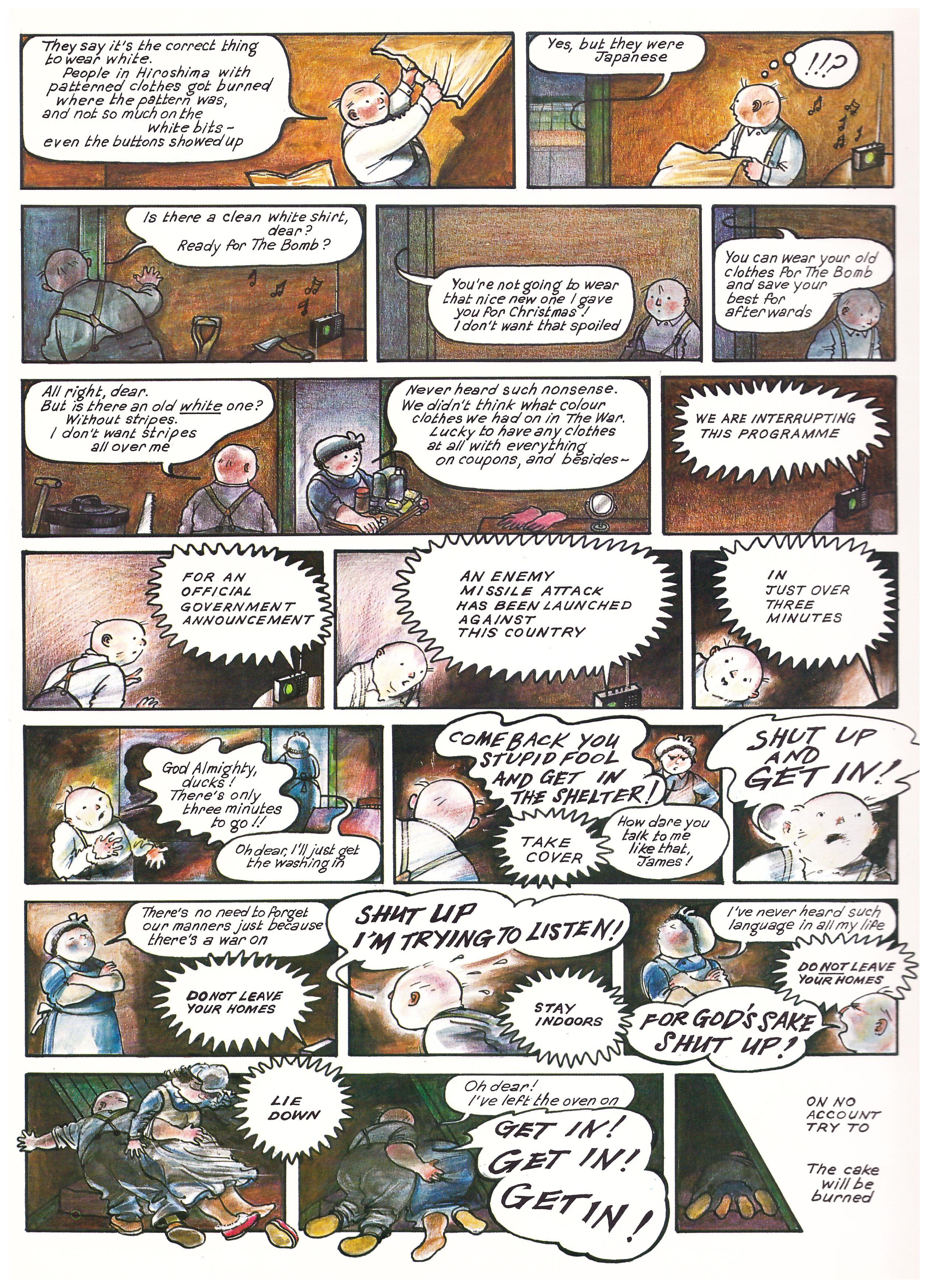 During the early 1980s tensions between the Soviet Union and the USA prompted the British government to produce an advice leaflet titled The Householder’s Guide to Survival, circulated to many homes offering survival techniques in the event of a nuclear attack. It provided Raymond Briggs with a starting point for When the Wind Blows. Already incensed by the government’s warmongering in the Falklands, the utterly useless advice in the leaflet and its callous disregard for the public’s health set his path.

He features old couple Jim and Hilda, previously seen in the funny Gentleman Jim, and loosely based on his own parents, as they follow the contradictory and sometimes ridiculous instructions from the leaflets, while waxing nostalgic about the World War II spirit. Their generation has absolute faith in the authorities, and this contrasts with the impracticality of the advice, their very loose interpretation of it, limited understanding of why certain precautions are necessary, and what needs to be avoided at all costs. Their naivety is initially endearing and amusing, but after the bombs fly, Briggs cleverly exploits the audience’s own knowledge to induce horror by having Jim collect post-nuclear blast rainwater to drink, as his own supply has tipped over. Their optimism remains unshakeable in the face of stark reality, occupying themselves with trivial concerns as they blithely believe the authorities will set everything right, and survival is just a case of muddling through.

A terrifying tirade is matched by artistic ambition. Briggs largely restricts himself to seven tiers of small panels per page, but occasionally opens out into double page spreads to convey threats, with the almost entirely blank two pages of white with the merest blush of red around the edges an audacious conceptual depiction of a nuclear explosion. Briggs achieves an astounding audience sympathy for Jim and Hilda via very simple illustrations oozing personality as their betrayed faith is heartbreakingly depicted. There’s a subtle use of colour to reinforce the characterisation, gradually darkening tones matching the deteriorating circumstances and their physical condition.

When originally issued in 1982, When the Wind Blows was of its era, informed by political antagonism that was sustained enough to cover the later animated adaptation, and tapping into wider public fears, but as the Soviet Union crumbled, it seemed dated and out of touch. However, disagreements between nations are again escalating, and if nothing else Briggs highlights the lack of concern for the general public among the British political class, distressingly proved time and again by feeble responses to horrific events. It returns the relevancy to When the Wind Blows, restoring it as a devastating critique, but it’s also an imaginatively tearful character study, with plenty of funny and tender moments. Just don’t expect a happy ending.