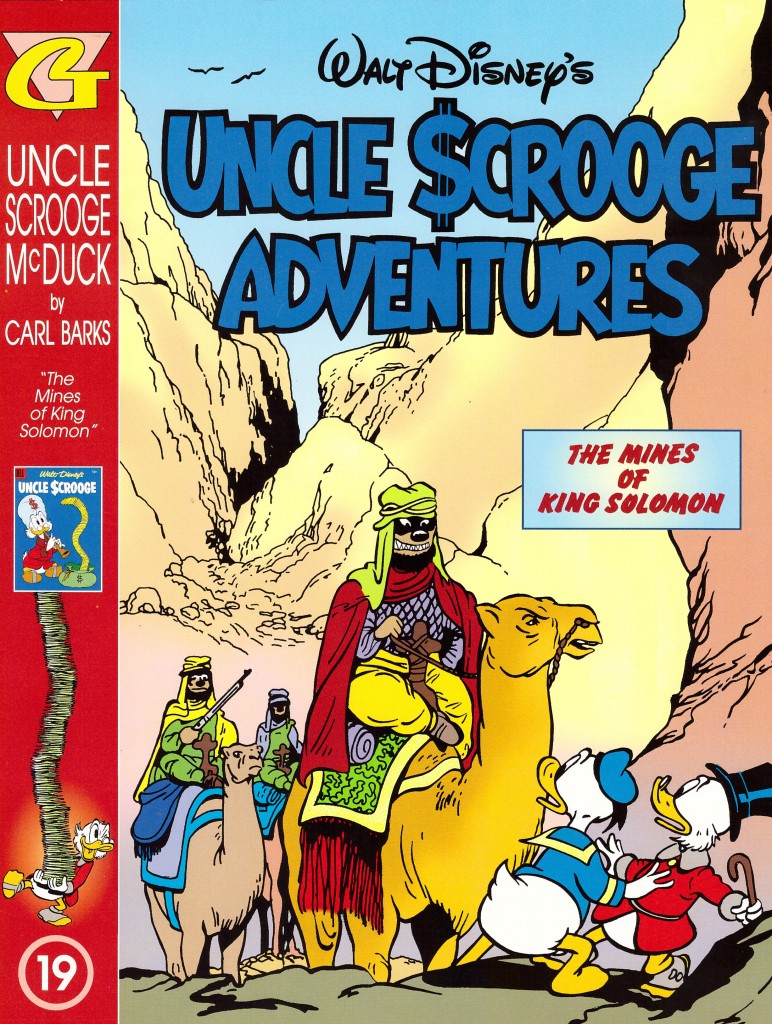 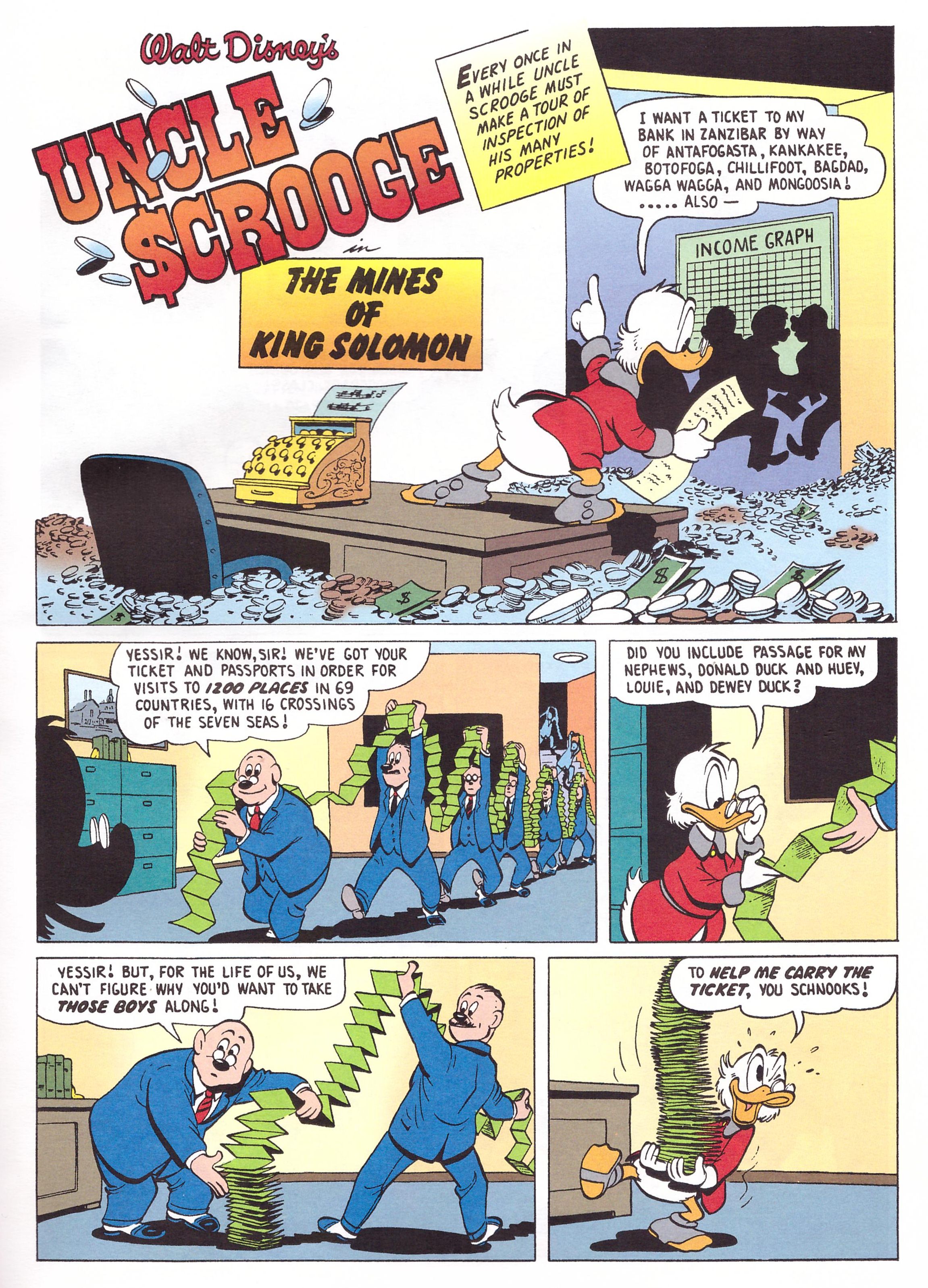 If there’s a single story that distils everything that’s great about what Carl Barks did with Uncle Scrooge it’s ‘The Mines of King Solomon’ from 1957. It’s exquisitely plotted and drawn, offers some ridiculous and surreal visual gags (see the featured opening page), and is the type of treasure hunt travelogue that everyone remembers, perhaps a little erroneously, as the foundation of the series’ success. After jokes and adventure, everything builds to an appropriately comic ending.

This doesn’t begin as a quest for treasure, but more mundanely as a tour of Scrooge’s properties around the world, an empire so vast it requires Donald, Huey, Dewey and Louie to accompany Scrooge just to carry the tickets. Barks foreshadows later essential skills early, showing the youngsters practising their wildlife calls, using this as a theme for recurring visual gags. Barks always liked varying what he had to draw, and the creatures summoned here range from gophers to blue whales, ending with a veritable wildlife park.

It’s once the tour party reaches the Sinai desert that Scrooge first begins to sniff wealth, and following a few clues leads him to suspect he may be on the trail of King Solomon’s lost mines and their legendary accumulation of treasure. No sooner has he made the connection, however, than we meet Bedoin leader El Jackal, himself with an eye for riches, and not wanting to let an interloper beat him to it. The matter of Scrooge being a trespasser is underlined, and of all Barks’ treasure hunting adventures this is the first to subtly raise the question of whether Scrooge should be entitled to pillage the lost wealth of other lands merely because he’s the person who’s tracked it down.

The beauty of ‘The Mines of King Solomon’ lies in its construction. At first there’s a narrative looseness, seeming to be a selection of gags, one following the other, but the purpose of these early incidents is gradually apparent as Barks pulls his plot threads together until they’re firmly knotted into a story that can be, ahem, treasured by young and old alike to this day.

Gladstone also include a one page gag strip originally prepared to accompany the lead feature in 1957, but pulled at the last moment when more advertising was sold. Because he’s so impeccable at longer forms of storytelling Barks rarely receives deserved credit for mastery of this form also, and it’s also great as Scrooge berates Donald’s eye for an alleged bargain.