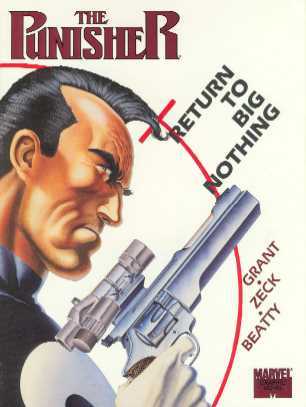 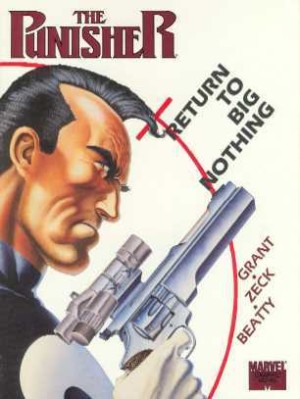 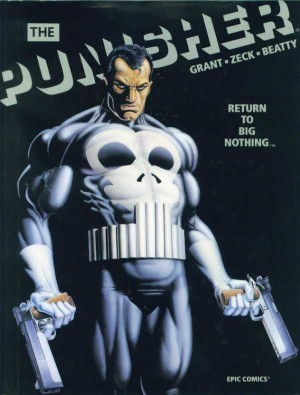 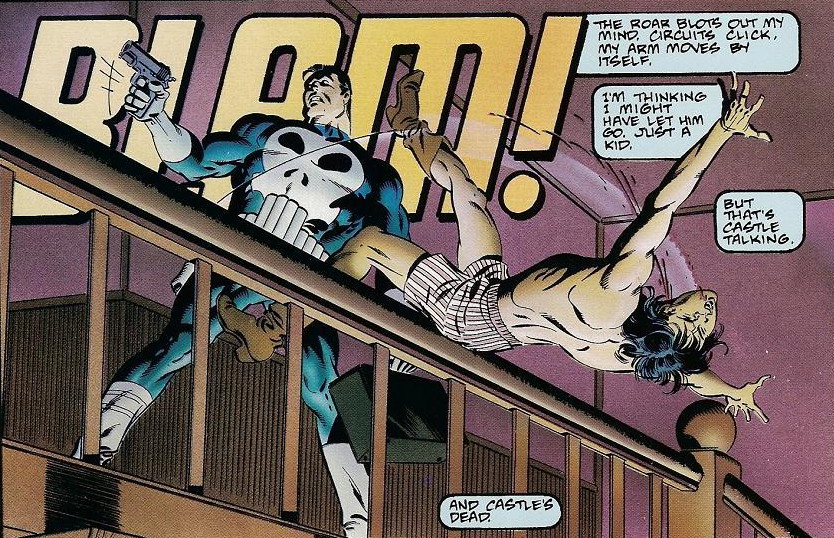 It was writer Steven Grant and artist Mike Zeck who’d transformed the Punisher from a second stringer who made guest appearances into a headliner via their 1985 miniseries, later collected as Circle of Blood.

By the time they re-united four years later the Punisher was comfortably maintaining two monthly comics supplemented by a plethora of additional one-shots and graphic novels. This was all on the foundation constructed by Grant and Zeck, but while proving the Punisher can go home again, they equally display it was a poor creative decision on their parts to do so. Return to Big Nothing has little of the tension, invention or poise of their previous work.

Busting up an arms deal in the desert, the Punisher discovers Cambodians behind the crime, and they’re connected with someone he knows well from his days in Vietnam. The story title comes from a stopover post Castle was transferred to before shipping out to Vietnam, where he first met Cleve Gorman, with one tour of duty already behind him. Gorman’s an alpha male, easily deals with the raw Castle, and thereafter refers to him as “Big Nothing”. As this was produced in 1989 it’s still convincing that he survived Vietnam as career military and that in the years since he’s been a supply sergeant.

“Don’t matter if you got muscle, or training, or guts or will, there’s always them that won’t be beat” is a lesson the Punisher took on board, and it’s motivated his persistence in following a mission through until the end. The action shifts from an army base to a Las Vegas brothel to a prison, but it’s all perfunctory, with Grant re-running scenarios he and others have written before, and the insight revealed in the prison is surely something the Punisher would have previously considered. The best moment reveals an extra level of enmity, but it’s buried deep in the book, by which time its wasted.

The signs were there from the grossly over-egged narrative captions beginning the story, and while Zeck is too professional to turn in bad pages, the art lacks the dynamism that characterised Circle of Blood. Everything is sketchier and less detailed. Very disappointing. 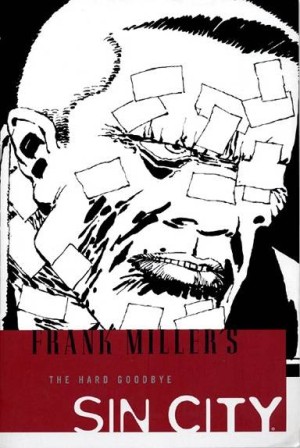 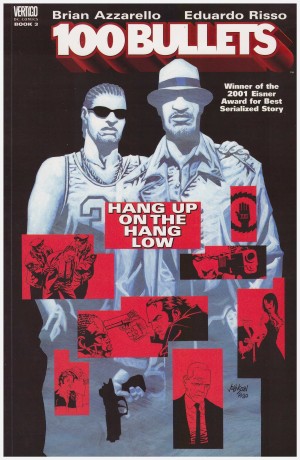 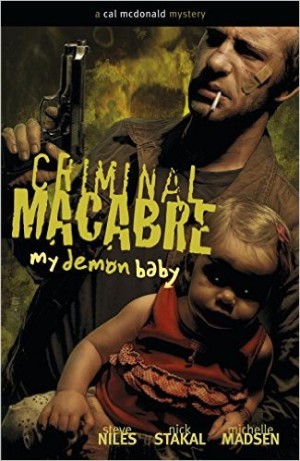