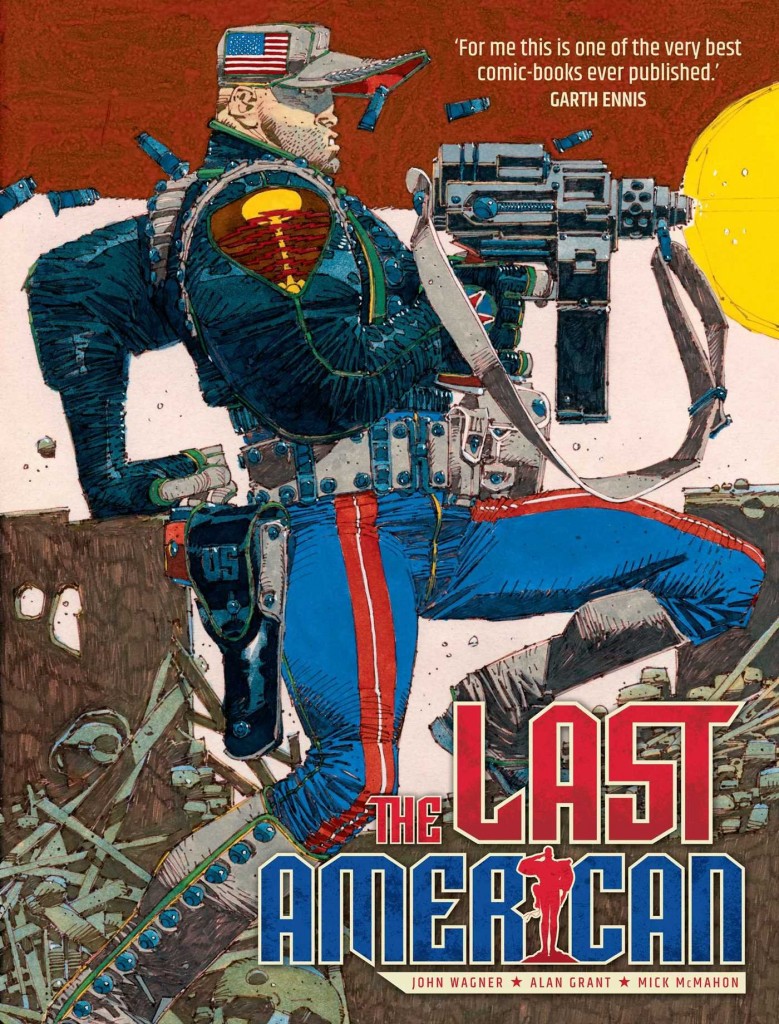 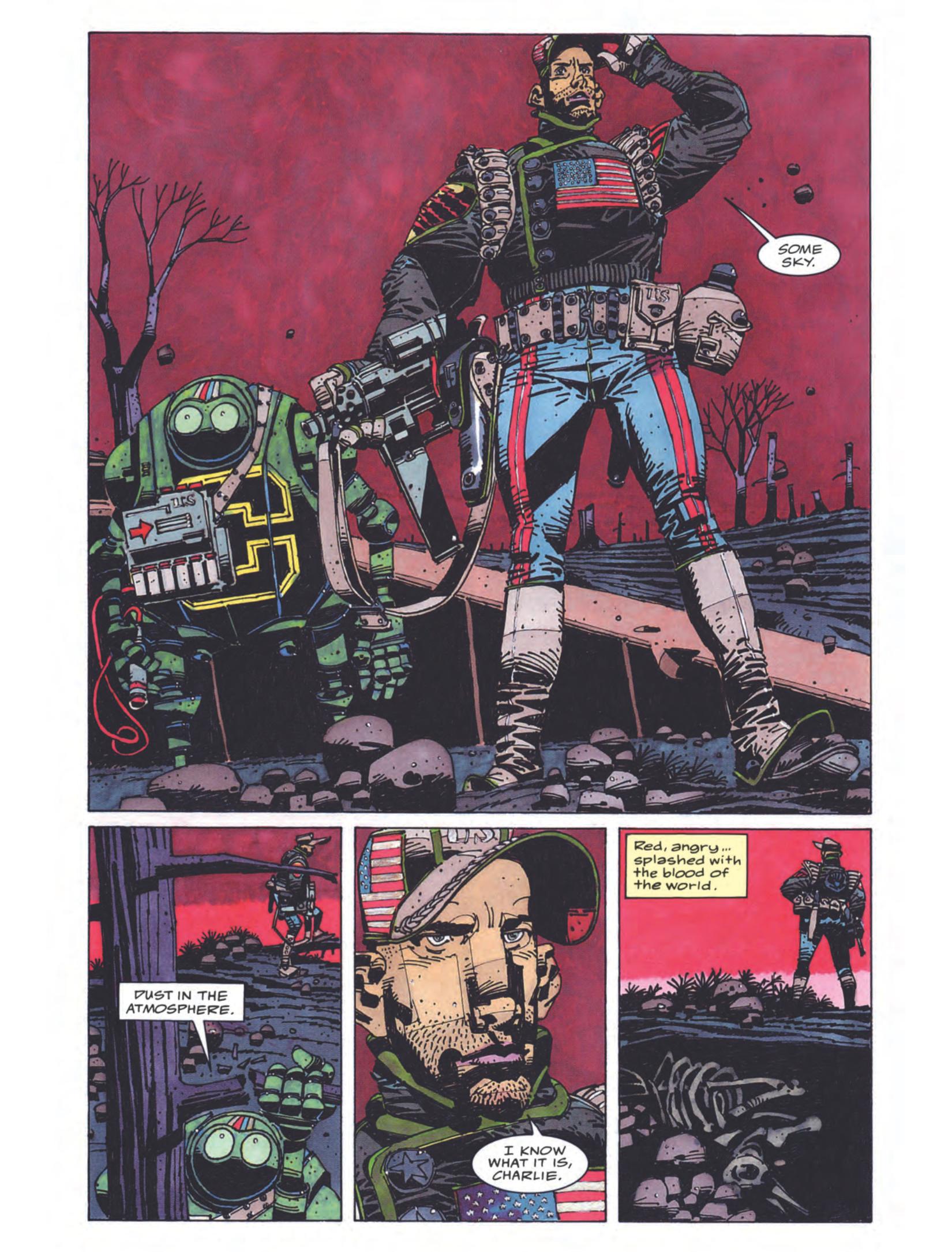 Although issued under the 2000AD imprint, and the work of three of 2000AD’s finest ever creators, The Last American is very far removed from the dystopian science fiction usually associated with the weekly comic. It’s an unremittingly bleak look at isolation through the eyes of what may be the last human alive, drawn by Mike McMahon whose style was moving more and more toward an exploration of artistic structure. Not quite cubism, but not far removed.

Ulysses S. Pilgrim is revived by robots after twenty years of suspended animation. He’s an American soldier preserved at the height of the missiles flying in a war that ended with mutually assured destruction shortly after his sleep began. He’s been sharing a bunker with three robots, Able, Baker and Charlie, with the latter the only concession to any humour beyond the bleakest variety, his speech patterns modelled on the vast quantities of archived TV he watches in the video banks. Pilgrim’s mission is to rediscover civilisation, and there’s a distinct possibility he’ll not be able to complete it.

With their focus on ruins and devastation populated only by ants and skeletons Wagner and Grant’s story is possibly the most chilling and realistic postscript to nuclear war you’re ever going to read in a graphic novel. With their introduction of hallucinogenic visions involving singing skeletons dancing through New York or a congress of former Presidents they pull away from that, and more importantly provide McMahon with something he draws the hell out of.

It’s impossible to overstate how stunning McMahon’s art is on The Last American. Were he truly European rather than British he’d surely be lionised along with the giants of the medium, Breccia, Toth, Pratt, Crepax. He’d been continually evolving his style over fifteen years, and this is the apex. Some panels are almost abstractions, loose overlappings of shapes, but most are chunky and jagged illustrations almost carved onto the pages, be they Pilgrim with his ludicrously complicated uniform and firearms or the desolation he inhabits. Early on that’s contrasted with a cartoon turtle representing the preposterous optimism of the 1950s that a process of duck and cover was all that was required to survive nuclear war. The turtle recurs, a sort of perverse reflection of Pilgrim’s mental state.

The art alone should earn The Last American a place in any graphic novel collection, but Wagner and Grant ensure a constant narrative tension accompanies Pilgrim. Although first published in 1990, they wrote the series two years earlier during a period of global instability as their writing partnership disintegrated and this all feeds into their barren extrapolation of Earth’s future. Pilgrim was a tragic figure before his suspended animation, and is now doubly so, desperately clinging to some small hope when faced with only false leads, denied at every stopover. Pilgrim’s sanity gradually deteriorates, reflecting the similar theme of the 1986 Australian film The Quiet Earth.

The Last American was astonishing when originally published and remains a unique and coherent collective vision. It’s a masterpiece.