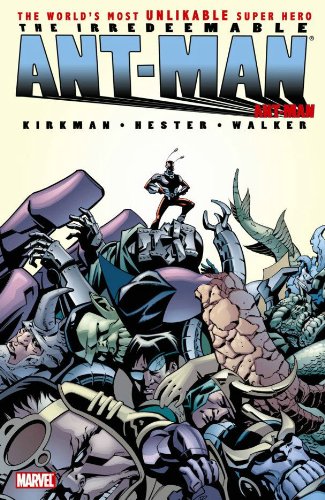 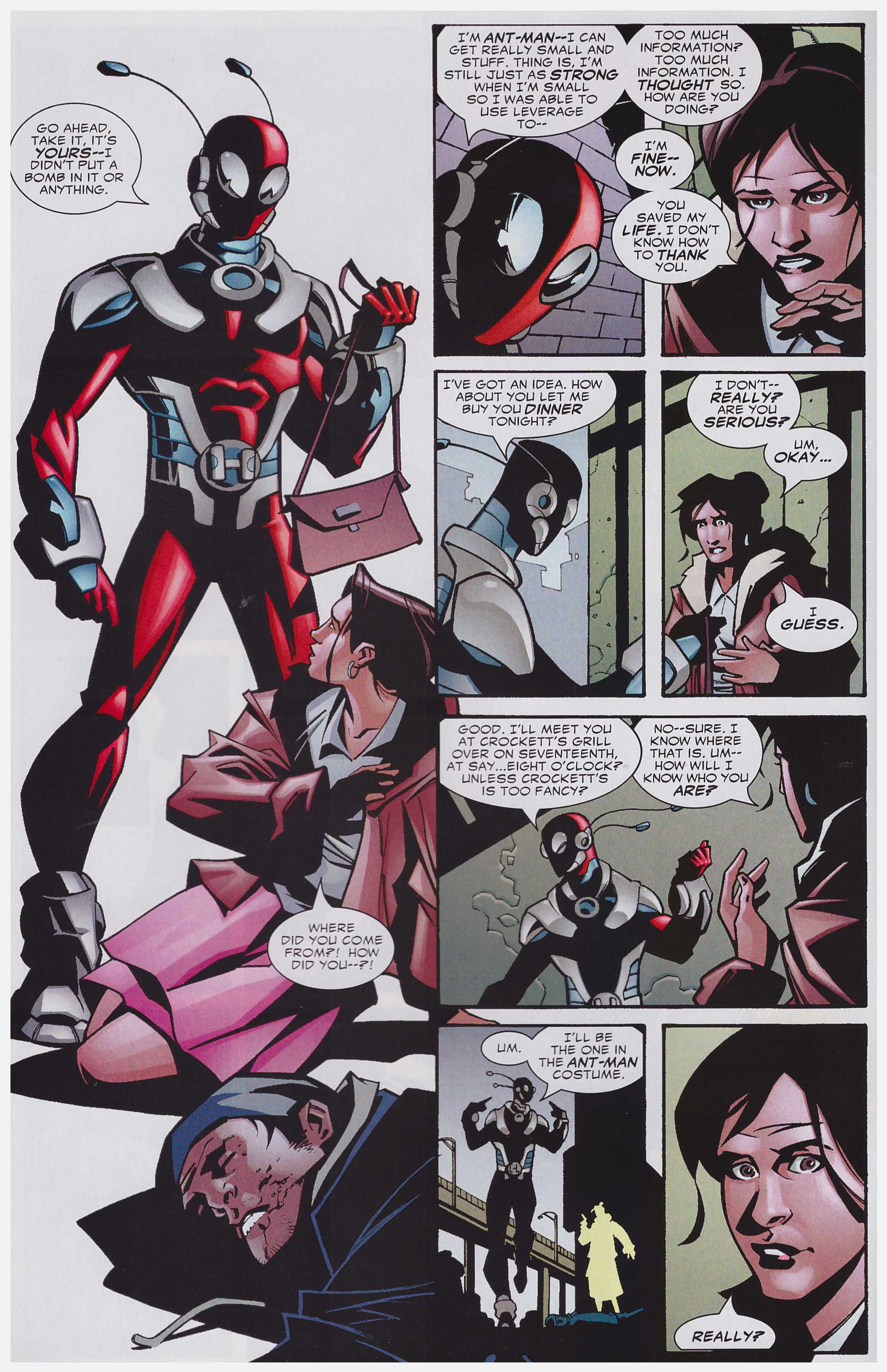 Robert Kirkman’s flirtation with Marvel between 2005 and 2007 produced a rather mixed bunch of material before he made the wise decision, given his talents and outlook, that he’d be better off concentrating on his creator owned titles. The one success he bequeathed was an updating of Ant-Man, then languishing in limbo with no film on the agenda.

Conscience-free Eric O’Grady is a self-serving, whiny, cowardly, deceitful, exploitative sleaze. Any further negative adjectives you can conceive probably number among his other character traits, none of which have prevented his recruitment by spy agency S.H.I.E.L.D. Even there, though, as a surveillance agent, he’s hardly a model citizen, ending a relationship with a cheery “Been there, done that, you know”, and spending a significant portion of his working life covering up errors he’s made.

There’s barely anything to criticise over the first half of this book, during which Kirkman entwines two separate threads, jumping back and forth between them. In the past we see just how it is that someone other than Hank Pym comes to be wearing the Ant-Man costume. This occurs during a period of crisis as we also come to learn what a git O’Grady can be. In the present day he’s attempting to avoid being tracked down by someone with good reason to ensure O’Grady spends the remainder of his life in jail, preferably lacking teeth and other functioning bodily parts.

Phil Hester’s angular art, well complemented by the inks of Ande Parks, tells the story well, and even though O’Grady’s character is established from the earliest pages, Kirkman’s script continually surprises regarding the depths to which he sinks. Using shrinking powers for voyeuristic purposes? Tick. Several times. Tick. Seduced former girlfriend of his best friend on said friend’s grave? Tick.

At the halfway point, though, the plot loses its way. It’s as if Kirkman only expected the series to last six issues, and has been caught on the hop. O’Grady continues to be peripherally involved in the major Marvel events of the time, usually attempting to exploit them. He lands a job with Damage Control, the safety and reconstruction experts, and hangs out with a pensionable cat burgler. Simultaneously, though, Kirkman repeats himself with O’Grady’s life pattern, and ramps up the frat-boy material.

In patches, some of the book’s second half matches the bravura first portion, but this is never sustained. Subsequent attempts to redeem O’Grady slightly don’t really convince after the sterling effort Kirkman delivered in establishing his character. Hester is also missing for two chapters, replaced by Cory Walker, whose work is stiffer.

Irredeemable Ant-Man sustains the fun element to the end, and never becomes poor, just predictable, but those first six chapters are excellent.