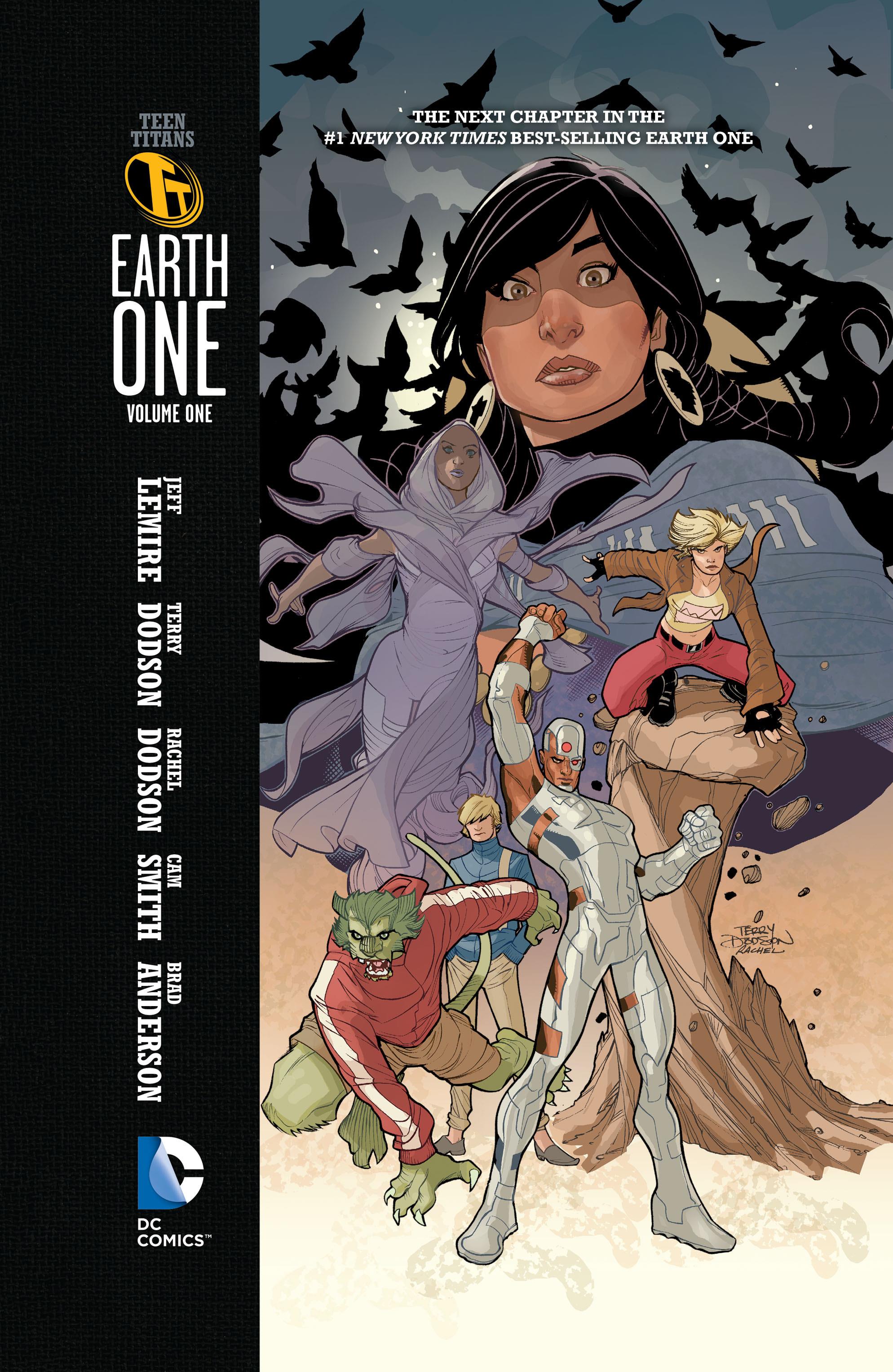 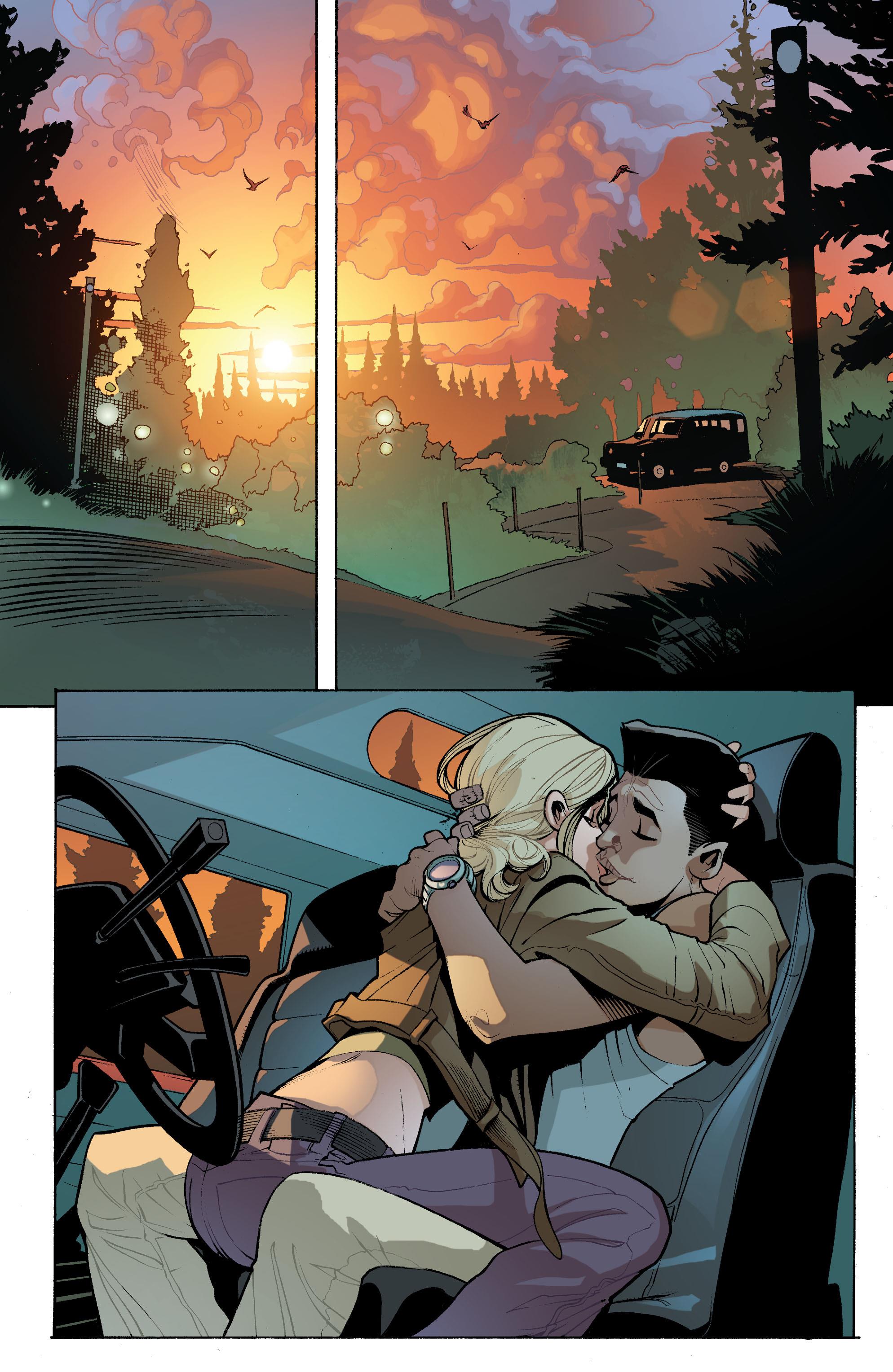 Earth One is a series of standalone graphic novels where the creators refashion the origins of DC’s iconic characters. The Teen Titans are an interesting choice, as their origins are so fully locked into the notion of being teenage sidekicks to existing heroes. Jeff Lemire punts that into the long grass immediately. There is no Robin, no Kid Flash, no Wonder Girl. Instead he selects his cast from assorted team members over the years with no connections to other characters. In practice he refers back to the 1980s cast of Marv Wolfman and George Pérez, and we’re introduced to new versions of Changeling, Cyborg, Jericho, Raven and Terra, with another semi-familiar face turning up later in the book.

Raven appears unnaturally startled on the cover, isn’t part of the core group all attending the same high school, and is a less tortured version of her 1980s character. In terms of developing super powers, Lemire’s Teen Titans take the path of Marvel’s mutants via these manifesting during puberty.

Lemire is surprisingly good at providing an authentic feel to the dialogue and resentments of a group of high school teenagers, although you’d possibly have to approach a group of resentful high school teenagers for absolute confirmation. He builds drama and suspense to the point where the characters meet properly for the first time, and that’s when the plot begins to disintegrate. There is a connection between the four kids, from whom secrets have been kept, but even adjusting for circumstances later revealed, the manner in which allegedly responsible adults choose to deal with the situation has no basis in reality. The problem is further compounded by the format not permitting adequate time for all the cast. Raven in particular suffers, her only significant contribution a deus ex machina intervention.

With the Teen Titans now best known to the wider public for their animated TV series, Terry Dodson alters his style to edge towards the look of that show. Most people shown a random page from the book wouldn’t identify him as the artist, and that’s an achievement. His core illustrative strengths remain within the modified style, and this is one excellently drawn graphic novel.

The book isn’t entirely a write off beyond the halfway point. Deathstroke appears, albeit in an awkward and ungainly redesigned fashion, having been well hidden in plain sight, and when the confrontation to which the plot has been building occurs, it encompasses unpredictable events. For the most part, though, Teen Titans lags well behind other Earth One projects in offering very little that’s new or original, and with a $23 list price for the hardback version it really should. Unlike other Earth One projects the final page is a definitive “to be continued”. 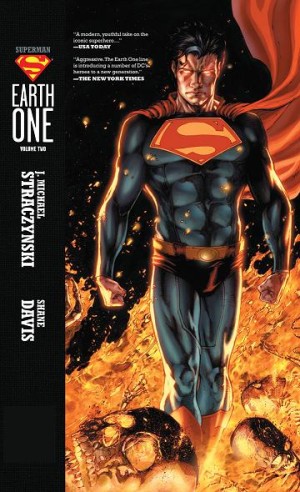