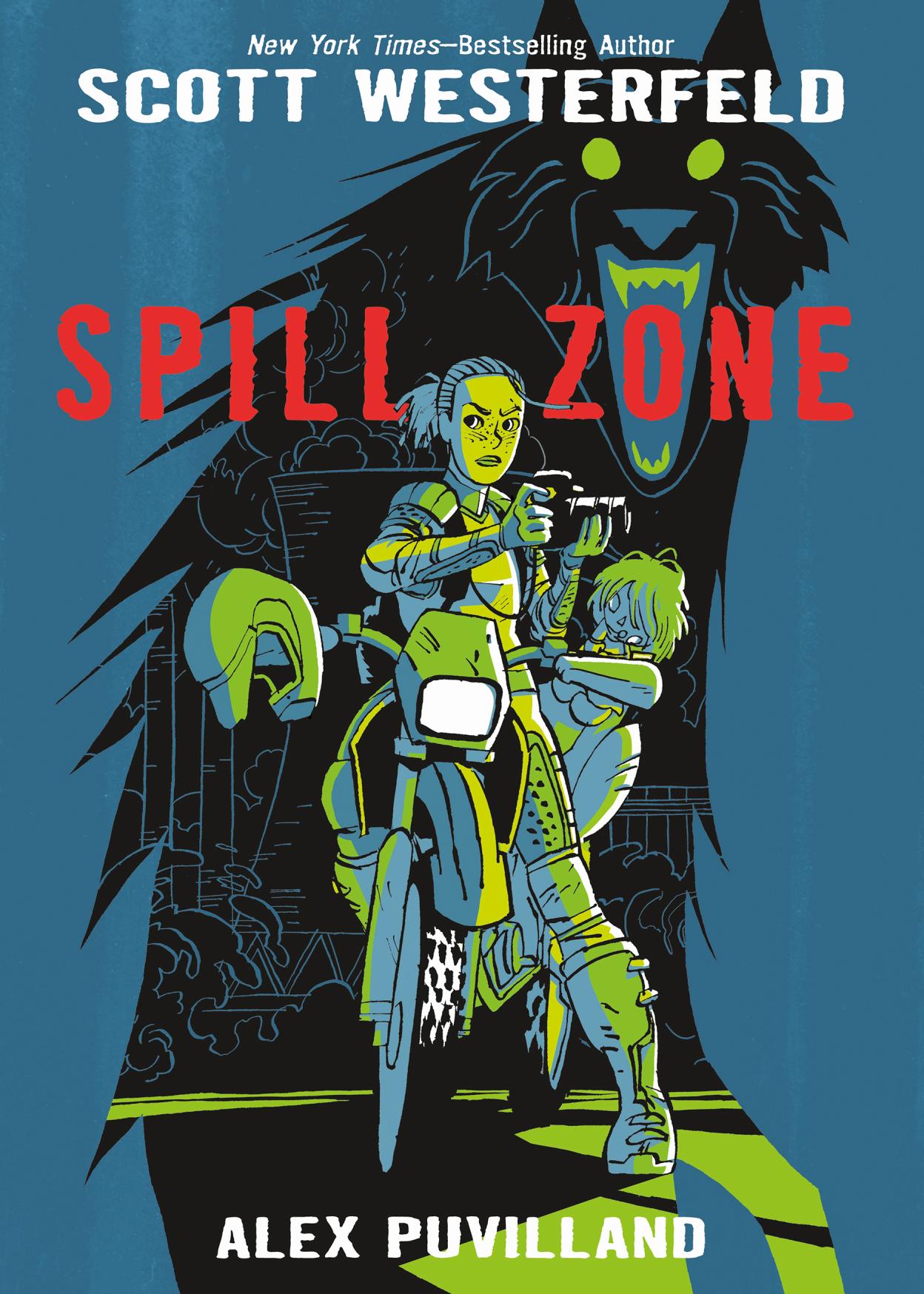 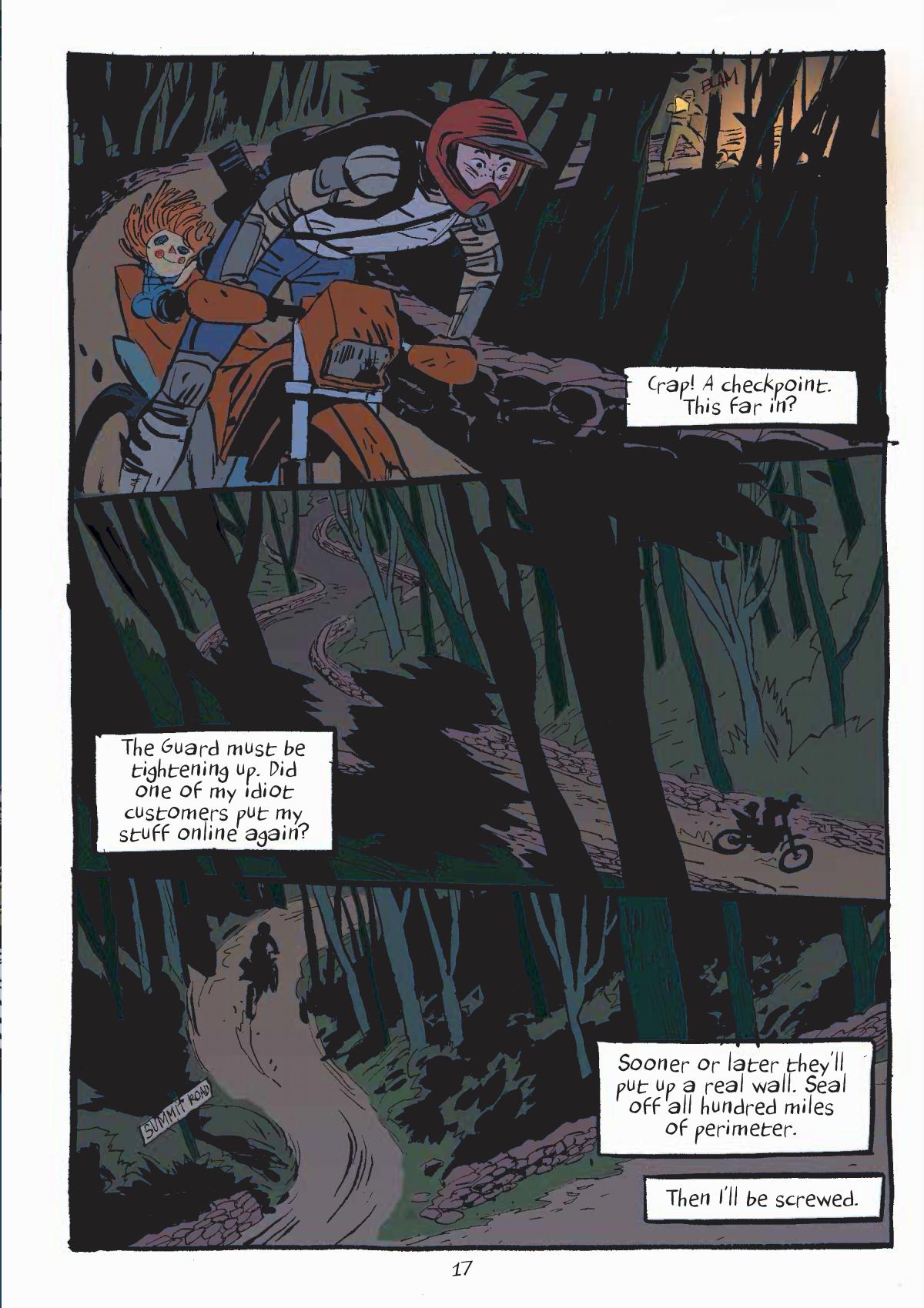 Scott Westerfeld spends the opening quarter of Spill Zone setting an excellent tension. Addison is a photographer who lives not too far from the boundaries of what’s referred to as the Spill Zone. It’s an entire coastal city fenced-off, guarded and patrolled. Public access is prohibited, and considerable dangers exist within. Almost anyone within the city when the unknown incident occurred is still there, and the few children that escaped haven’t spoken a word since. Having learned this, we take a tour within in Addison’s company and discover a city of the possessed, of constant danger and where the accepted laws of science appear to apply no longer.

Spill Zone is Alex Puvilland’s first solo comic work, but years of animation experience are apparent in the layouts and the sense of movement. The closest equivalent in the comics world would be Paul Pope, and his all-motion style, but the bold colour work is unique, vivid and memorable. It’s a brave decision for what’s in effect science-fiction based horror, yet one that instantly stamps an individuality accentuated by the use of colour outlines in preference to black. Puvilland’s also excellent at creating visual disorientation via both colour and random patterns of unknown creation moving across the spill zone. The colour is memorable, but Puvilland is equally adept at conveying the gloom and dangers of the forests.

Imaginatively, Addison earns a living from bunking into the spill zone, taking photographs, and selling prints of what are unique scenes. At her mute sister’s behest she’s accompanied on her trips by rag doll Vespertine to protect her, but both are aware of matters about which Addison knows nothing, and this is chillingly conveyed by Westerfeld and Puvilland. Addison also becomes acquainted with, the chief buyer of her pictures, and she has a new proposition.

Westerfeld establishes Addison as spiky and self-protective from the opening pages, and the turning point is when she’s made an offer to retrieve something from the spill zone, something other parties are interested in. This will pay enough money to ensure her sister’s future well being, but involves confronting a fear she’s never previously faced up to.

Spill Zone is thrilling from start to finish, perpetuating an air of out of kilter weirdness from the opening pages, yet with an appealing human core for emotional attachment. This, though, is only the opening instalment, and it ends with a hook that surely can’t fail to have anyone counting the days until October 2018 when the conclusion is published. Alternatively there’s the option of following page by page serialisation at thespillzone.com. 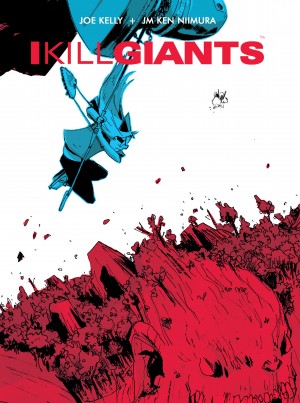 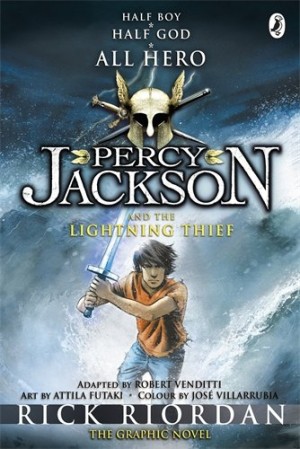