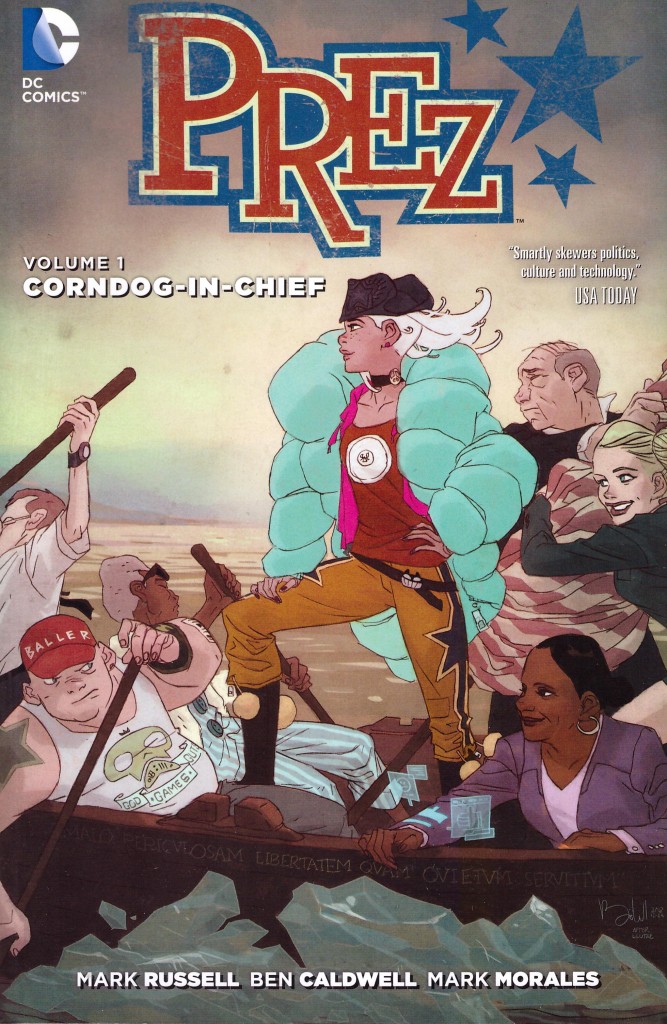 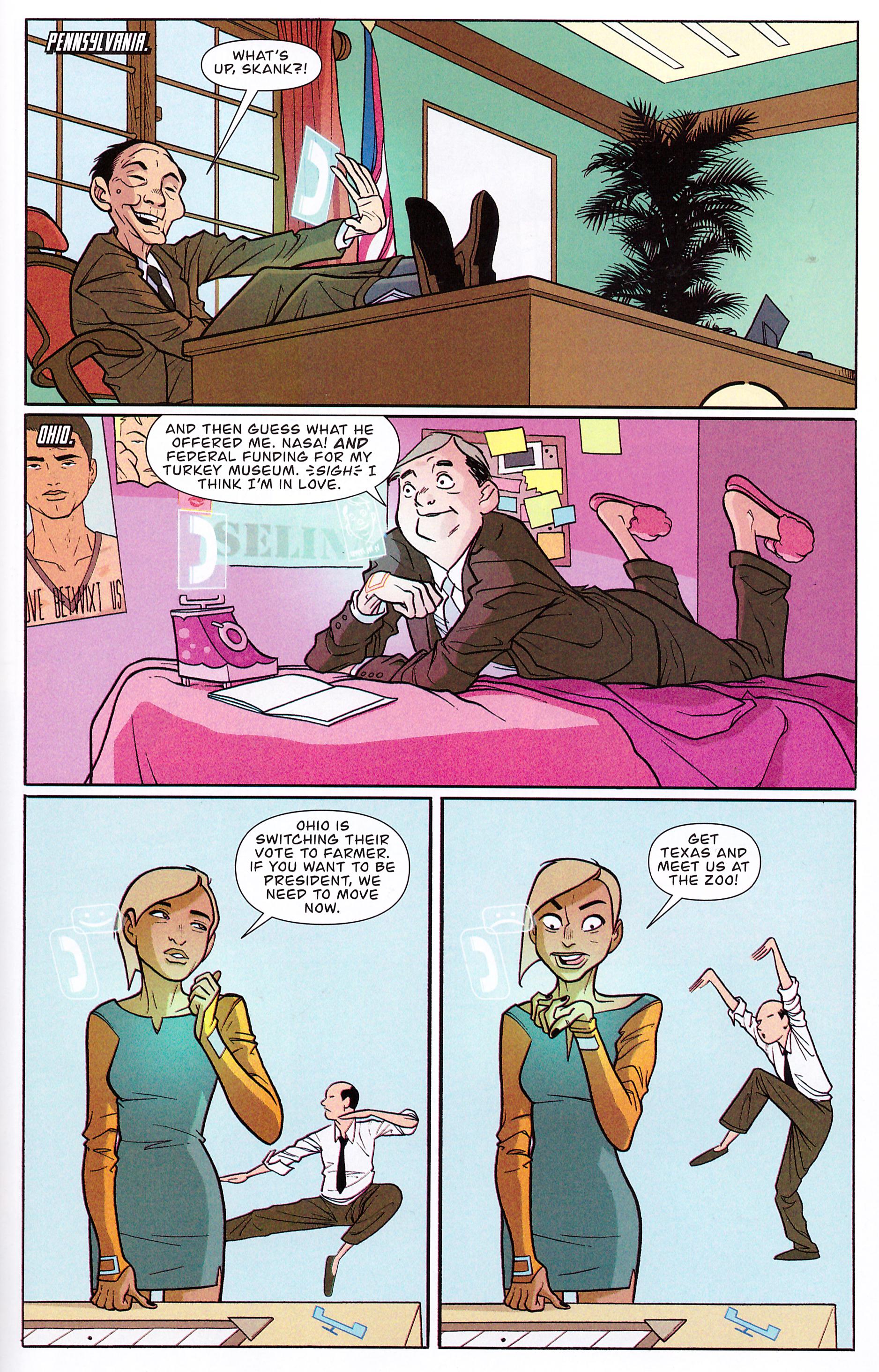 Prez is one of DC’s legendary eccentricities, a short-run series introduced in the 1970s delivering the high concept of a teenage US President. To say it tanked is probably an understatement, yet it’s now collected as The First Teen President. Ed Brubaker achieved a solid skirt around the symbolism for Vertigo in 1995, but more than eyebrows were raised when Prez returned as full-blown series.

Mark Russell and Ben Caldwell filch the premise and visual touchstones for an otherwise original satire. We’re twenty years in the future. Technology has advanced slightly, but if anything corporate interests have tightened their control of government, and there’s an arrogant confidence about matters remaining that way. By 2036 there’s been a change to the voting system, and in order to engage the young, votes via Twitter now count. That’s both blessing and curse for Beth Ross, fast food wage slave. An intended instructional video featuring her deep-frying her hair goes viral, and Corndog Girl becomes the write in ballot of choice. When the establishment fails to negotiate their usual carve-up, more and more representatives cast their votes for Corndog Ross.

Russell’s satire is broad-based and scattered over US society, targeting not just the political system and it’s desperate pandering come election time, but what passes for entertainment, scandalous warehouse employment practices, and bizarre technology. Pretty well everything considered essential for a strong USA, in fact. Beyond the laughs, however, and there are plenty of them, Russell has points to make and makes them well. Points about what we value, isolation, distance, exploitation and plain morality. It’s a cri de coeur for a fairer society in gag soundbites, and very effective.

Ben Caldwell extrapolates a good future. Computer technology is rendered as holographic touch screens, which is applied to masks concealing the wealthy, and his robot war suits are great. There’s a good sense of humour in play, demonstrated by the ludicrous changing hairstyles of the woman hosting a right wing news programme, and the daft little extras he includes. A sexy posing frog nick-nack is repeatedly seen, and signs plaster everything. Caldwell’s a cartoonist by trade, and there’s a lack of depth to his panels on occasion, but for the most part his approach accentuates the satire.

The book ends with a comforting ‘to be continued’ note, but that’s not what happened. Prez was intended as twelve issues, or two graphic novels, but despite winning awards, being named as best series of 2105 by some sites, and achieving almost universal critical consensus as worth your time, DC’s figures seemingly told a different story. There’s one heavy irony in Prez being cancelled by the representatives of The Man. Here’s the thing: it doesn’t matter. What there is in Corndog-in-Chief is enough, saying what it needs to and saying it concisely and hilariously. It’s a gem.