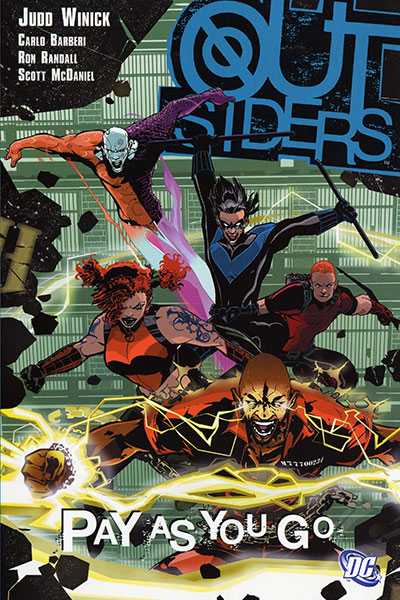 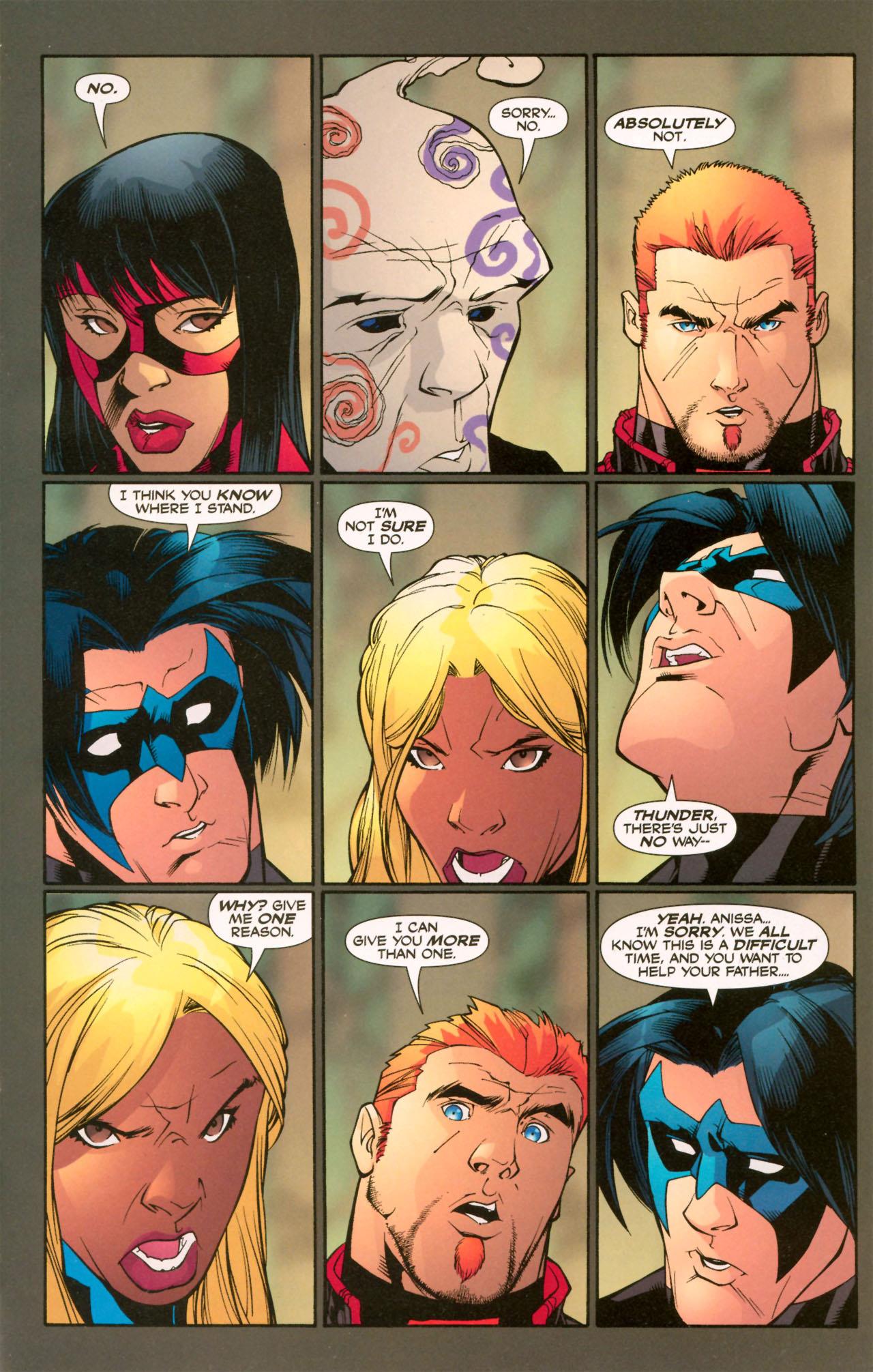 It’s not always been obvious, but much of this Outsiders series to date has the hand of Dr Sivana fiddling about in the background, only occasionally appearing centre stage. The end of The Good Fight revealed the evil scientist’s master plan was about to come to fruition, and we open here with a package of full revelations and desperate battles.

Judd Winick has a talent for engaging introductions to his stories. There’s rarely one that doesn’t suck a reader in, and there’s a fair variety to them, in this case a whining young movie star on location. There’s an interesting ethical point at the heart, and a surprising conclusion, but much of the remainder is unimaginative superhero material. It’s frustrating, and gives the impression Winick’s not very enthused by the core element of a superhero comic.

That’s very much evident on the second story, not helped, it must be said, by Carlo Barberi’s basic and sometimes confusing layouts and anatomical distortions. We move back a year to events of Crisis Intervention to discover how the Outsiders were morphed into the present team. A dull opening chapter’s primary point appears to be to dot the i’s and cross the t’s on portions of Infinite Crisis. At the time it might have held some poignancy, but divorced from that event years later… We then move into a jailbreak story with an emotional and ethical pull. Is it right for the Outsiders to bust someone from jail if they know he’s innocent? This isn’t great either, but has the redeeming factor of Winick providing a natural evolution to the same sex relationship that came over as gratuitous in the previous book. The sensitivity, however, is diminished by Barberi’s basic art.

No one artist draws an entire chapter here, although the primary pairing of Ron Randall and Pop Mhan meshes far better than might be assumed given their contrasting styles. The same applies to Freddie Williams II’s pages in Barberi’s issues. Thankfully the extra length conclusion to the jailbreak story features the accomplished art of Scott McDaniel. He transforms the cast back into recognisable human beings, has a fine sense of action dynamics and enhances Winick’s tale of a plan that goes wrong. This conclusion, while better than the ordinary material that precedes it, hardly provides a compelling reason to buy the book either.

Covert agency Checkmate has been frequently referenced in Pay As You Go, and the continuity flows into Outsiders/Checkmate: Checkout. 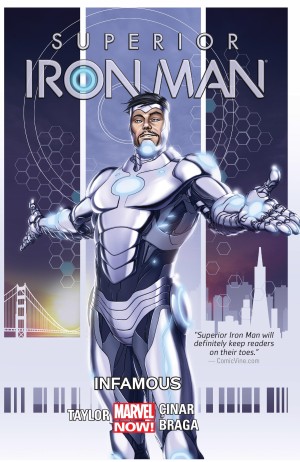