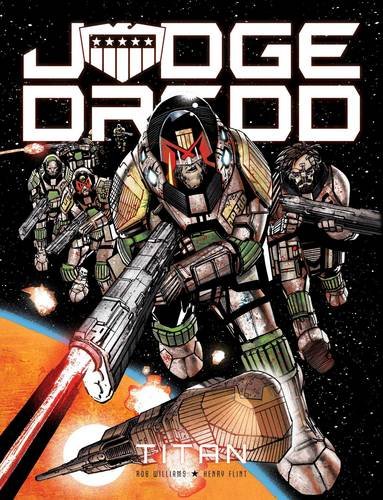 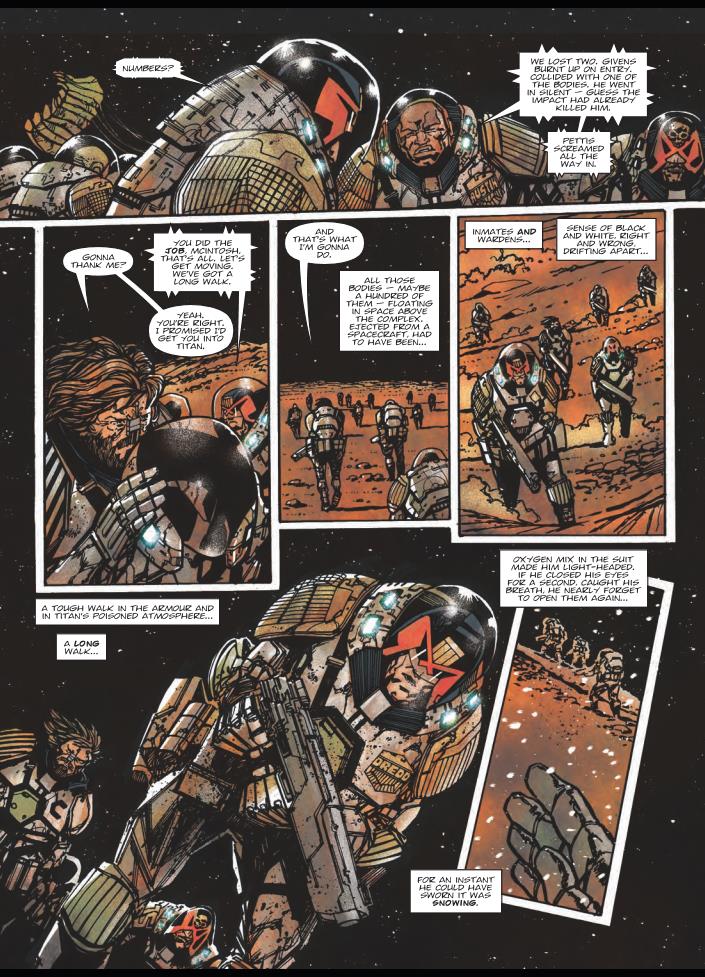 The earliest days of the Judge Dredd strip established that Judges who betrayed their trust were sent to Saturn’s moon of Titan to serve their sentence. Conditions are so harsh that prisoners need their noses replaced with a metal device in order to be able to breathe the atmosphere, a surgical process that instantly identifies any former inmate when they return to Earth. While the Day of Chaos occurred in Mega-City One all contact with the penal colony was lost, and Rob Williams and Henry Flint’s first story unfurls what happens when Judge Dredd and a crack team of marines are sent to investigate.

Williams instantly establishes that the Judges are at breaking point after the Day of Chaos, and lack the resources for dealing with a full scale revolt, but the small mission discovers before even landing on Titan that something is very seriously wrong.

The script is cinematic, with very recognisable characters and situations, but tense and suspenseful for all that. The war of attrition when facing the unknown is a classic action scenario and Williams exploits it fully in the opening section, pushing all the right buttons. The marines only have a limited amount of oxygen in their battle suits, Dredd’s uncertain how much he can trust a former Titan prisoner so opts for the default ‘not at all’, and why is it that a member of the Special Judicial Squad has been sent along? Flint increases the tension via use of jagged panels at less than perpendicular angles, sometimes layered, and when we finally see him fully Flint’s craggy and bulky Dredd is a treat. No-one draws a battered and bloodied Dredd like Flint, and a primary artistic strength has always been his strong sense of design, which comes into play with the later material.

Halfway through the opening story the focus switches and we’re into different territory with a judgement placed at the centre. “Every man will fail. And you are a man, Dredd. You’re human” is the key line pointing the way to Williams’ view of Dredd, which isn’t human at all, but as a remorseless and unstoppable instrument of justice. Much of the better Dredd has been when he’s pitched against impossible odds, and as the book continues we discovered those odds aren’t perhaps what may been first considered.

That opening story’s just the appetiser, but unfortunately it’s the best of what’s here. Those events prove a starting point for a protracted story of revenge, and where Williams travels from there isn’t as satisfactory. He is thinking big, but whereas small, human-focused plots can bear repetition with minor variations, the large scale epic repeated diminishes the original effect. If this is the first invasion of Mega-City One tale you’ve read, it skims along well enough, but for anyone else there’s the artificial inflation of terror via a plot seen several times before, with Dredd absent for pages at a time. There are parts that work – Dredd on a horse for one – but overall it lacks the addictive nature of what began the sequence.

Williams and Flint conclude with a parody of Britain’s perennial Christmas favourite animation The Snowman, giving it that cynical and violent Dredd twist. It’s the type of story John Wagner and Alan Grant managed so well, and Williams almost pulls it off, failing only with a weak ending.

There is spectacle in Titan, along with thrills and imagination, but just not enough. 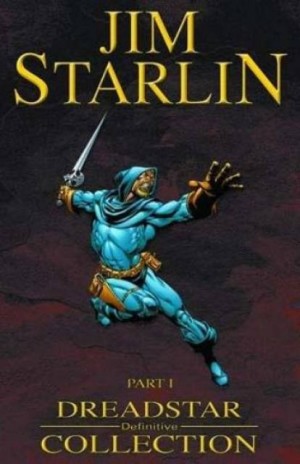 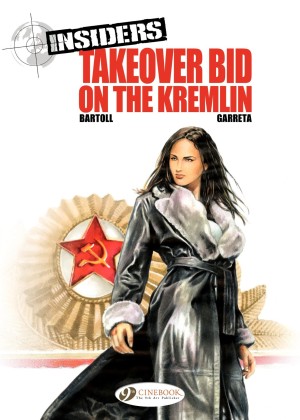 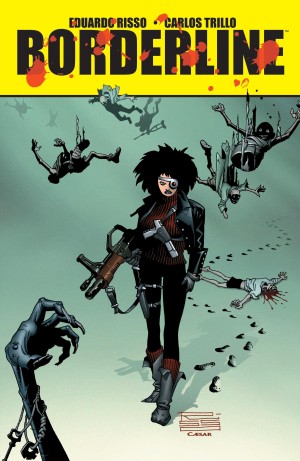