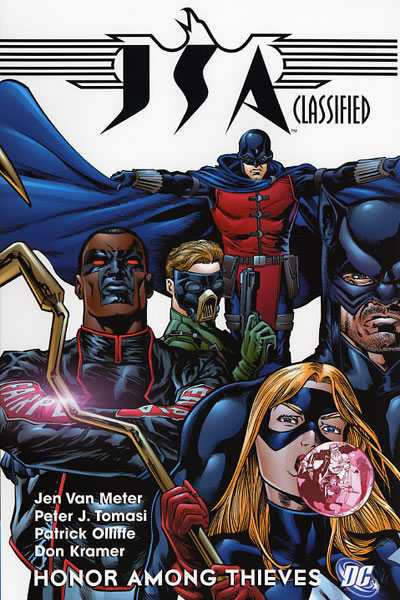 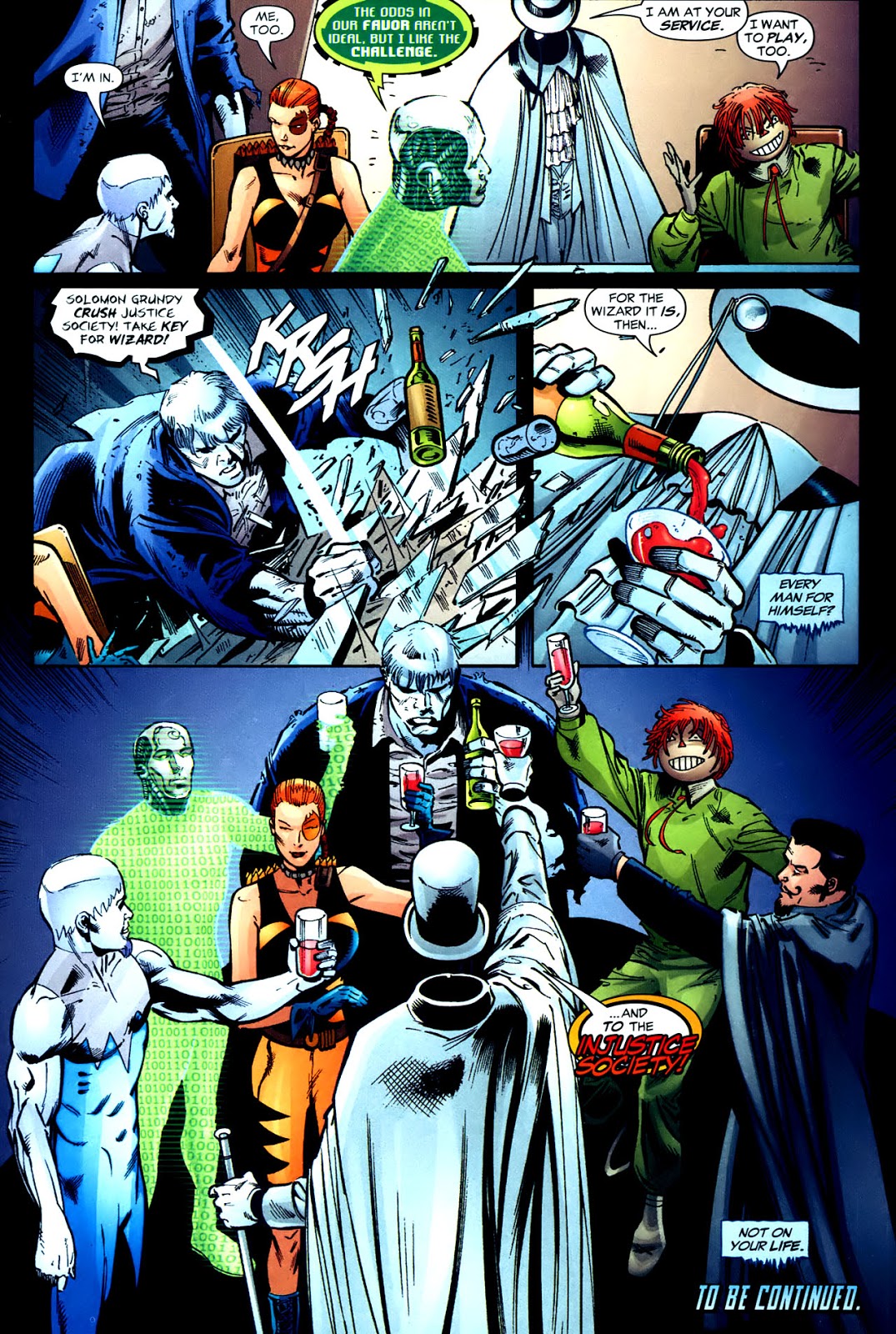 The turn of the century JSA series was popular enough to spawn a spin-off in which other creators could play in the toybox. Here Jen Van Meter and Patrick Olliffe turn their attention to the Injustice Society, last seen in the pages of The Return of Hawkman as little but a distraction as Johnny Sorrow enacted his master plan. That, though, was far from their first incarnation, and they return when the Icicle takes pity on founder member from the 1940s, the Wizard, bedraggled and tormented after an encounter with the Justice League.

It’s an engaging script from Van Meter, with the Icicle as the narrative voice, largely pondering on the camaraderie of villainy. He first gathers team members from assorted incarnations of the Injustice Society, then they deliberate on the best way to silence the voice within the Wizard’s head. It involves breaking into JSA headquarters and using an artefact deposited there. But villains will be villains, and all good heist stories need a hitch somewhere along the line.

The participation of the JSA is minimal, and when the conflict arrives they don’t last very long. Olliffe’s art prioritises storytelling and doesn’t suffer in the slightest from two separate inkers, and Van Meter throws enough surprises into the mix to keep the pages turning.

A second story from Pete Tomasi and one-time regular JSA artist Don Kramer teams Flash and Wildcat. This isn’t an obvious pairing, and the manner of introducing the villain of the piece is novel, but this isn’t a patch on the first story.