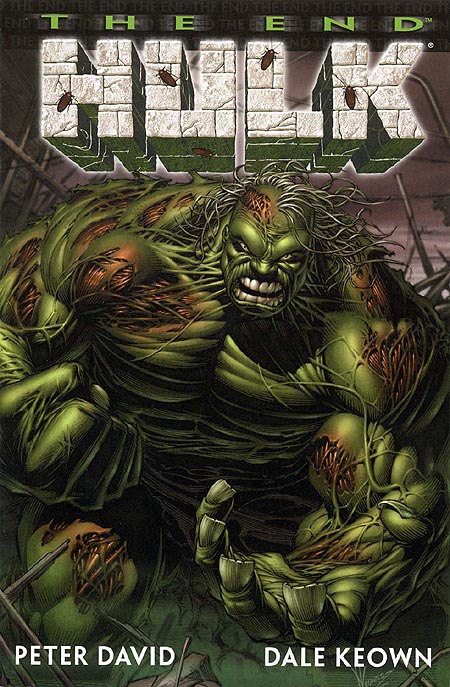 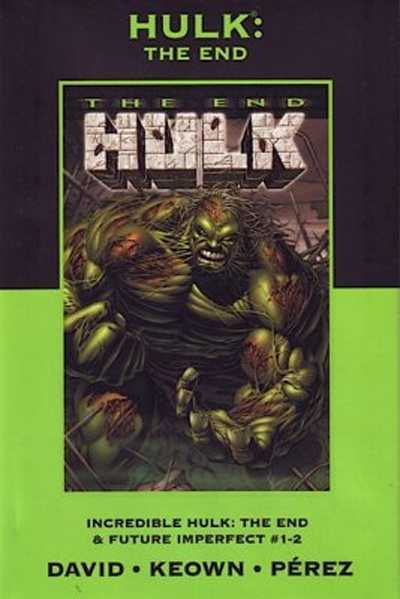 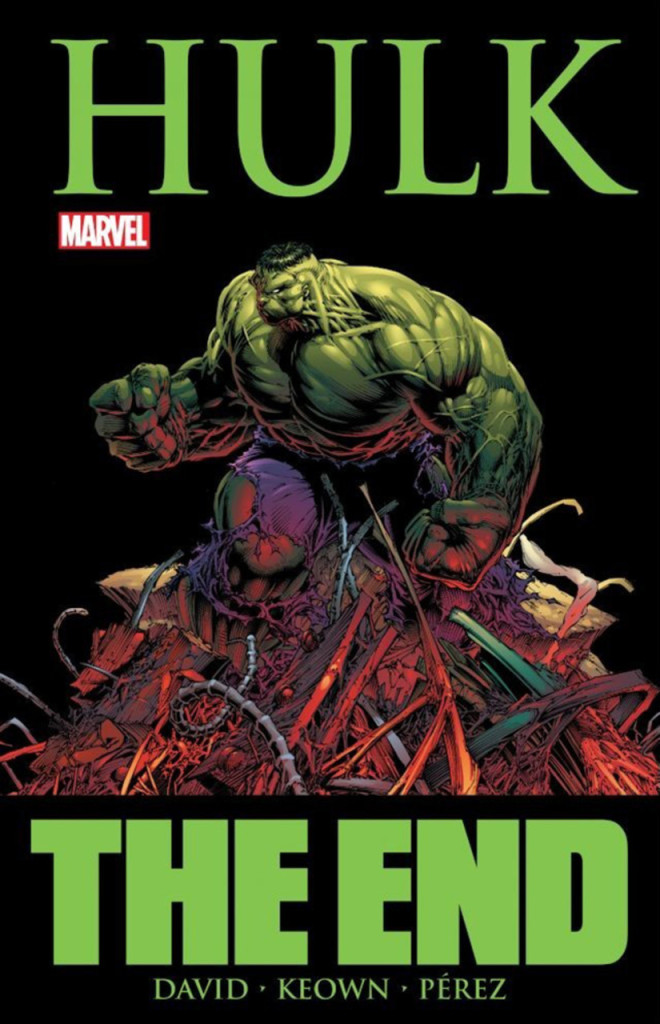 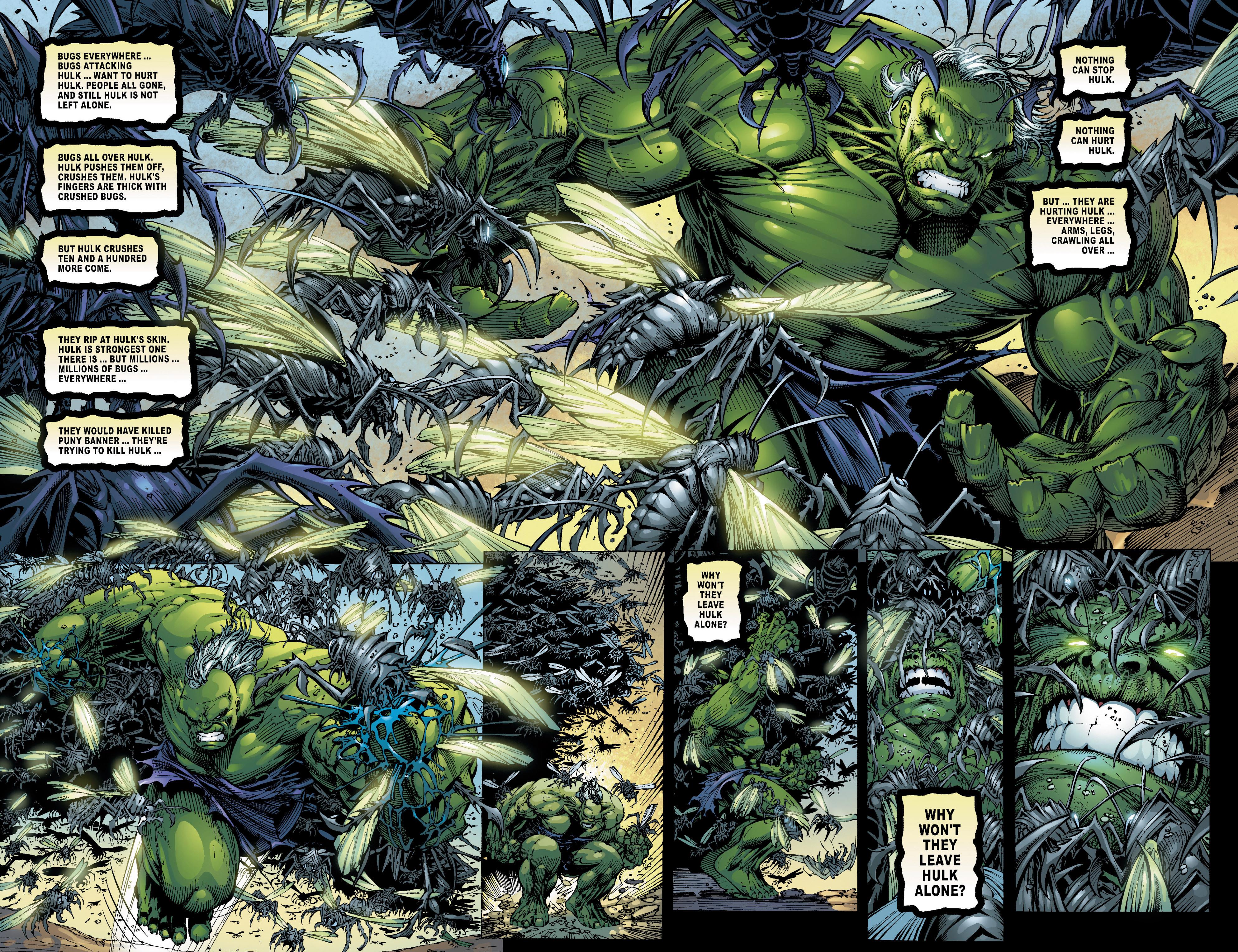 Peter David wrote a lot of Hulk stories, and individual tastes differ, so there’s no critical consensus, but ‘Future Imperfect’ is frequently cited as his finest. It’s perhaps a little odd that this wasn’t part of his long and acclaimed run on the regular Hulk series, but a speculative look at what the Hulk might become in the future. Once available as a very slim graphic novel, it’s now been combined with another look into the crystal ball ‘The End’ under the original title. It’s an enticing package.

The title story may be the gloomiest David has written. It tied in with a series of specials in which Marvel looked in on the final days of their prominent characters, and it turns out that Bruce Banner’s outlived them all. He estimates his age at over two hundred, and while decrepit and shambling as a human he still becomes the Hulk at night, and the mindless Hulk prowls a devastated planet, seemingly able to regenerate from any damage.

As seen by the covers and the sample art, Dale Keown’s illustration is far more stylised than when he concluded his run on the Hulk’s title. This Hulk isn’t smooth, but a mass of bulging sinews and crawling blood vessels, teeth gritted and fists clenched, yet his Banner is the opposite, frail and seemingly prey for the dangers of an irradiated world. It’s an effective contrast.

‘Future Imperfect’ occurs in a dystopian future into which the then present day Hulk was transported, this being the combination of the Hulk with Banner’s intellect. It’s not a pleasant society, and one where everyone fears the Maestro. Let’s not give it away to those who don’t know, but suffice to say that the Maestro is also familiar with gamma radiation, and when he tells the Hulk “I know every move you’re going to make”, he’s not just whistlin’ dixie.

George Pérez knocks himself out the art. The opening spread is the comics equivalent of a Jacques Tati observation, teeming with hundreds of characters, every single one visible in the foreground occupied with something. He matches that several times, particularly with a museum containing the remnants of the superheroes the Maestro has disposed of, Pérez not only creating an amazing spread, but providing a spot the reference puzzle to boot.

There’s not a single point where ‘Future Imperfect’ disappoints as it delivers shock and awe all the way to a well plotted conclusion, and the bonus is that with the Maestro David created a legacy character that other writers have picked up on.

Strangely, Marvel have also issued this pairing of tales as Future Imperfect, the more recent title change possibly to avoid confusion with the Hulk Epic Collection titled Future Imperfect and containing that along with many more David Hulk tales.