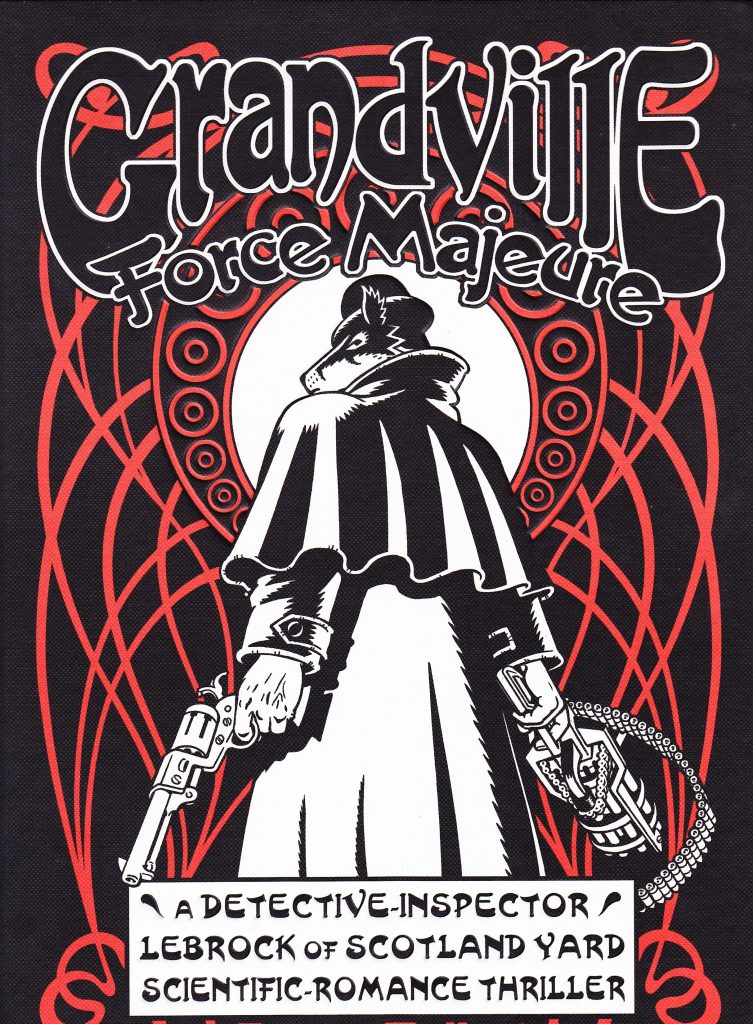 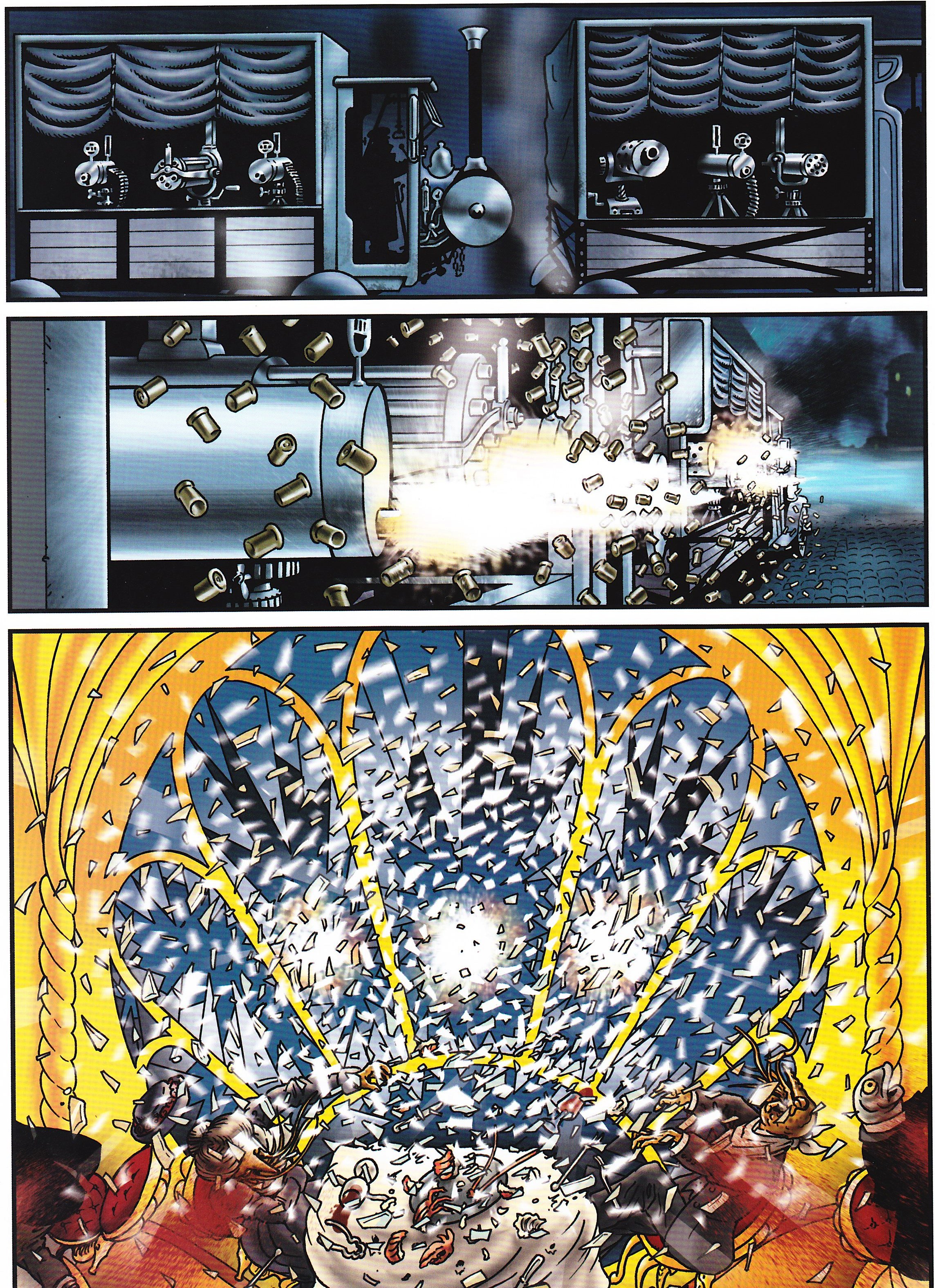 The final outing of Bryan Talbot’s anthropomorphic Scientific-Romance Thriller series has a spectacular opening. Six soundless pages presenting a violent gangland massacre in mobster Stanley Cray’s restaurant that set the tone. Detective Inspector Archie LeBrock of Scotland Yard is put on the case. Something’s fishy and it isn’t just Cray (a crustacean). He and LeBrock have a torrid history and anyone with sense would never put them in the same room. This has “stitch up” written all over it. When Cray is murdered, evidence points to Archie, forcing him to go on the run to clear his name. The mastermind behind it all is a cold-blooded sadistic criminal kingpin with a strategic flair to match LeBrock’s own. Hunted by mobsters, the police, his former friends and brilliant mentor Stamford Hawksmoor, LeBrock is in trouble. With the lives of his lady-love Billie and family in the balance, his fortunes lie on the hopes of another badger. The hulking and scarred Italian Tasso, fresh off the boat, takes up a job with a mobster, but his motives are unclear. Is he a force for good or evil? Is this the end of the road for Archie LeBrock?

Lauded as a pioneer of the British graphic novel, Bryan Talbot has left a definite mark. Grandville is his love letter to his influences both legendary and obscure. Each series outing is unique, the tale of one badger told a little differently every time, and making it nigh impossible to pick a favourite. Force Majeure stands out for two reasons. Firstly, it’s considerably longer than its fellows. Secondly, it reveals LeBrock’s origins and rise through the police ranks to DI under the tutelage of Hawksmoor. For this Talbot imitates a writing style that is part Sherlock Holmes, part Columbo. Developments are revealed little by little, the whole picture at the end. Because Talbot deliberately gives each character their own style of speaking (some succinct, some pompous), it results in the plot perambulating more than usual. With the extra info about LeBrock it adds considerably to Majeure’s length, but it combines for a deliberately calculated feeling of bamboozlement. Read closely and you’ll find the dialogue is extremely clever, a purpose to every word.

There is a carefully weaved satire throughout, some jokes subtle and others blatantly funny. Character names are pure genius, criminals titled Dolly the Sheep or “Top” Katt in homage to TV and other popular phenomena. That’s also evident in the illustrations, the late Leo Baxendale’s influence on Talbot very obvious. Study the panels closely. Talbot loves to include little nods to everything from Disney animated classics (101 Dalmatians), British children’s TV (Basil Brush) and even Dr Seuss. Most surprising is how much Tasso the badger resembles Italian actor Bud Spencer in every way. The action is well crafted, that opening sequence repeated many times alongside fantastic splash pages. There is also some well observed social commentary. Talbot reflects on how the working class is encouraged to be better, yet still ostracised when successful, and skewers British politics’ elitist boys’ club tendencies.

Grandville: Force Majeure is an excellent addition to perhaps the most visionary and consistently good series produced by any one creator for a very long time. Like its predecessors it is visually lush, well written, astoundingly imaginative and bloody good fun. If LeBrock does make a reappearance you’ll hear no complaints here. 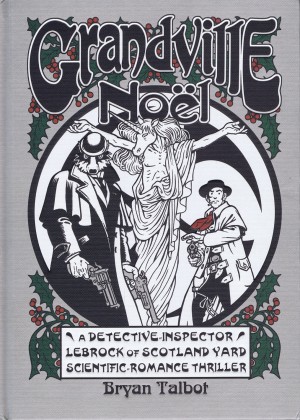