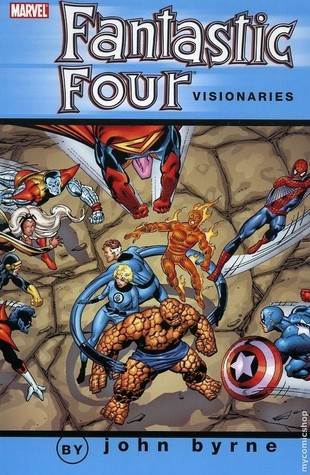 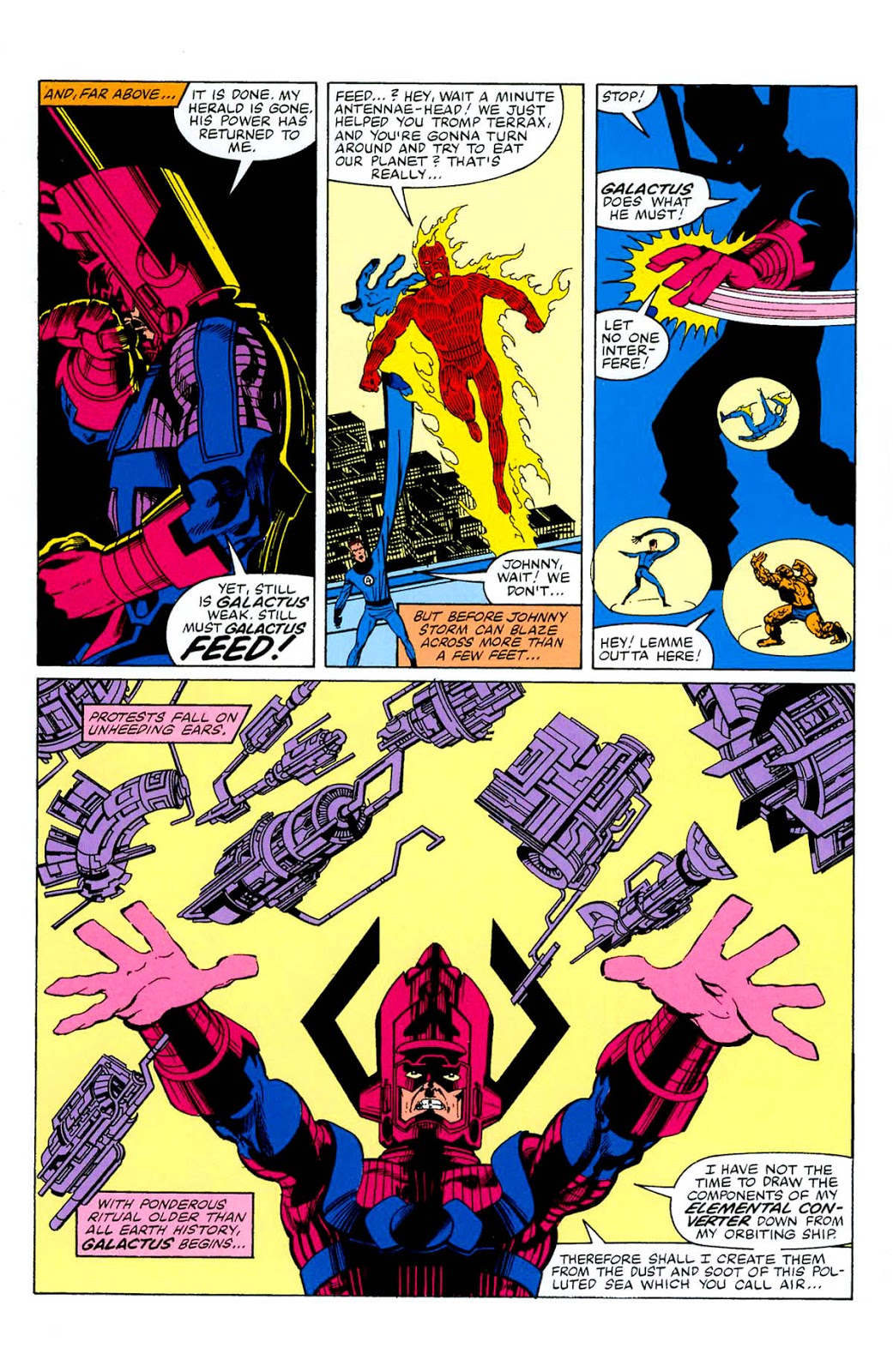 The second volume of John Byrne’s run on Fantastic Four covers 1982 and 1983. Byrne really hit his stride here, and the highlights represent some of his best work on the series. He’d been slowly reintroducing various members of the FF’s supporting and villainous cast, and continues, with guest appearances from the Black Panther and the Avengers and a return visit to the Inhumans, though the Panther’s story is fairly nondescript and the Inhumans story not that much better. There is also a Dr Doom story that seemed challenging when first published, suggesting that Doom’s rule in Latveria might be not be a wholly bad thing – however, on revisiting, it seems alarmingly in favour of repressive fascist dictatorships, especially if they keep out the Communists.

The best three stories occupy over half the book, and are those that make this volume worth acquiring: Byrne’s reintroduction of Galactus, a solo tale for the Invisible Girl, and the story that leads up to the 250th anniversary issue. In the first, Byrne returns Terrax, whom he had designed in his previous stint as layout artist on the title, and then the planet-devourer himself. This tale that poses an interesting moral question (as Byrne liked to do at this time), and has important ramifications for the Torch’s girlfriend Frankie Raye. In the second, Byrne gives Sue Storm an opportunity to shine, in a clever story that, among other features, resolves the devolution of the Thing’s form. In the anniversary material, Byrne takes the opportunity to revisit his own history at Marvel, guest-starring Spider-Man, Captain America and the X-Men, as well as a character based (as a story title nods towards) on Superman, who Byrne would recalibrate after leaving the FF.

The artwork is of high-quality throughout. Byrne draws clear dynamic panels. Some argue that his work was a little on the bland side, and those people won’t like this – but most people probably will. The better material is 1980s Marvel at its best.