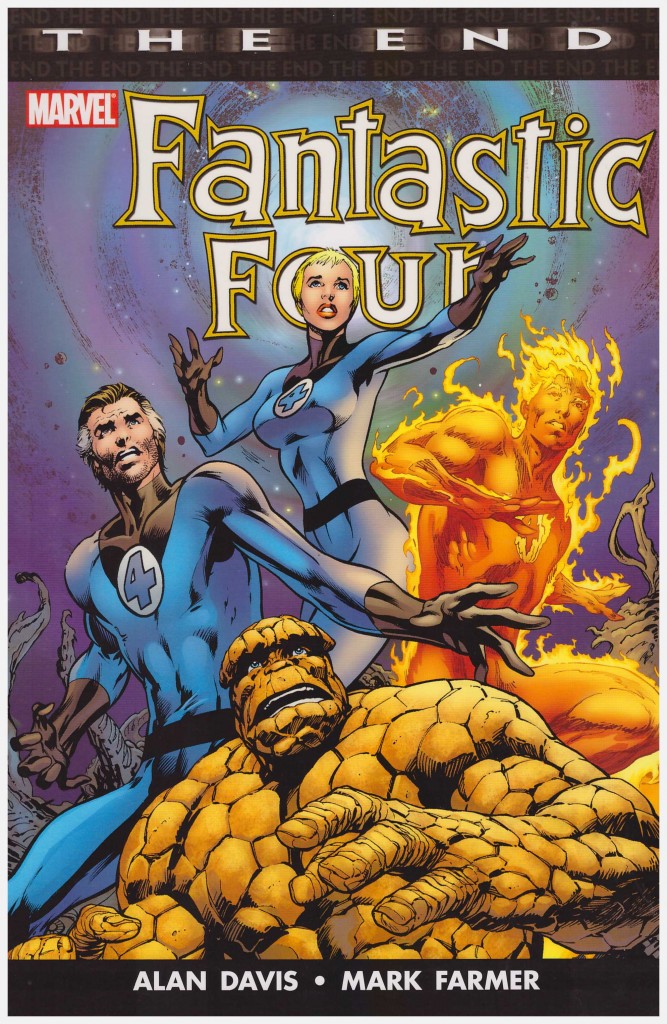 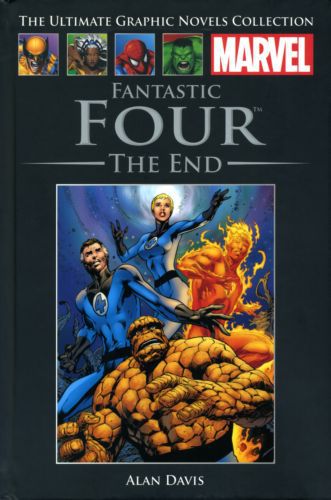 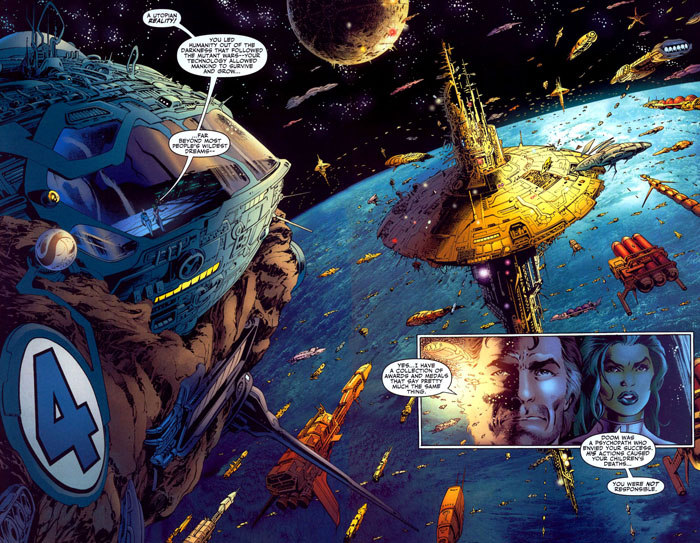 This is one of a series of graphic novels Marvel issued spotlighting the final days of assorted characters. Without exception the others were miserable affairs delivering a tragic and usually slow demise in wretched circumstances. Well done, then, Alan Davis for bucking that trend.

He’d already had a spell as Fantastic Four artist, his pencil work accompanied then as here by Mark Farmer’s sympathetic inking, so was familiar with the cast and their nuances, the kind of subtleties Davis has always portrayed well.

As the story opens, the scientific wonders ushered in by the Fantastic Four have delivered a golden era for humanity, but the team are no more. A final battle with Doctor Doom also resulted in the seeming deaths of Franklin and Valeria Richards. With their children gone Reed and Susan Richards have drifted apart, Reed burying himself in more scientific development while Susan throws herself into the type of adventuring that characterised the early days of the Fantastic Four. Johnny Storm now leads the Avengers, and Ben Grimm, now able to change back and forth to the Thing at will, is raising his family on Mars.

It’s not until the final chapter that the Fantastic Four re-unite as a team, but before then Davis displays an astonishing capacity for including every character he loves associated with the Fantastic Four, be they villain, hero or supporting character. This is down to assorted alien obscurities only ever seen once previously, pictured in a galactic congress. He also conceives a viable method of using almost everyone he settles on in much the manner they are now.

There’s a satisfying, redemptive conclusion, and a re-affirmation of the team, so it’s difficult to imagine any Fantastic Four fan not enjoying what Davis has to offer. In the UK there’s also the choice of the hardbound Hachette edition, part of their Marvel Graphic Novel Collection, with extra background material.