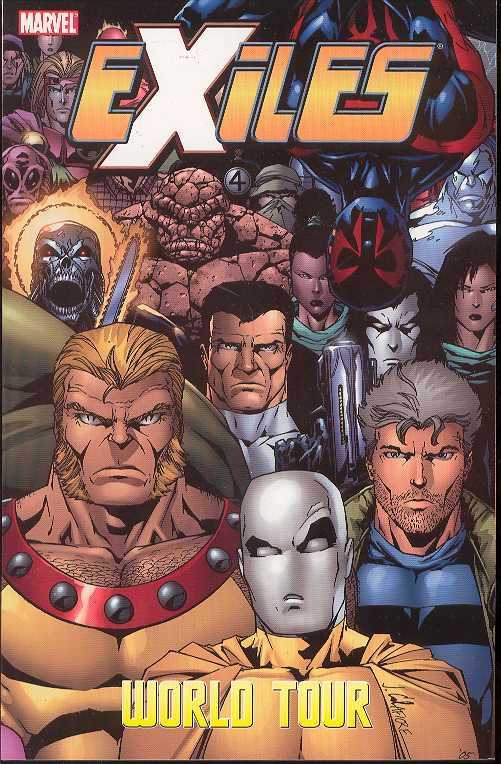 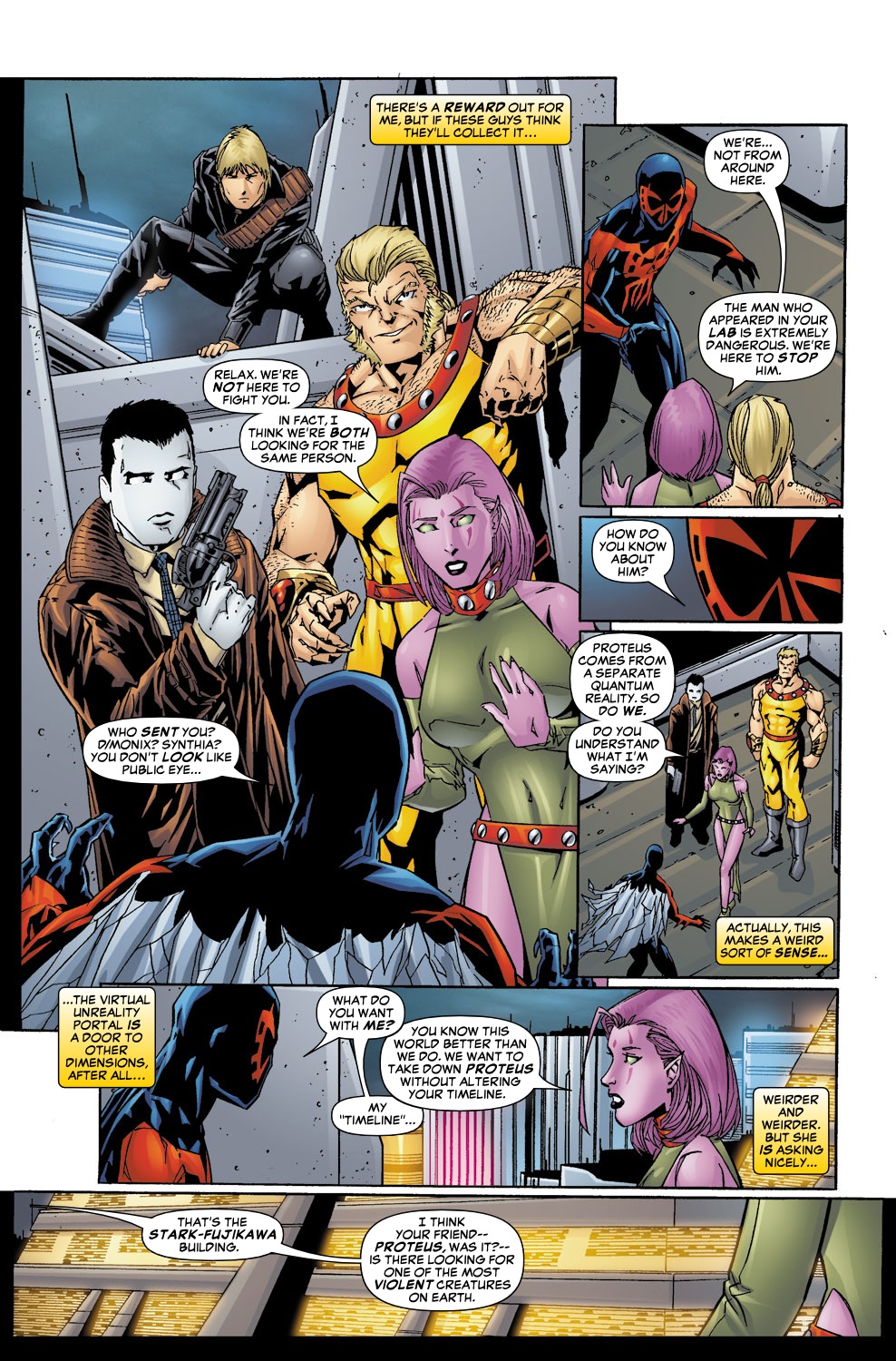 With the first World Tour volume Tony Bedard changed the focus of the Exiles by shipping them around the better known alternative Marvel universes, and that continues here with more alternate worlds that have sustained their own series, or at least recurring appearances.

We open in the world of 2099. As ever, there are shady happenings at all-purpose evil corporation Alchemax, where the Spider-Man of the era Miguel O’Hara is barely holding back the results of continually poor ethical decisions. Before the Exiles arrive, the threat they’re chasing has turned up, energy vampire Proteus. The Exiles have discovered his one weakness is metal, and are preparing accordingly, but where does that leave the heroes of 2099 who don’t have that information?

It’s probably no spoiler after the previous book to reveal that Proteus leads the Exiles a merry chase across the assorted worlds, skipping from 2099 to the Squadron Supreme’s Earth, then to one ruled by an evil jaded Hulk known as the Maestro, ending up in the world of Marvel’s 1990s reboot, Heroes Reborn. As a story device it’s valid, and Bedard develops his character interestingly from the one-note cackling psychopath first introduced via residual feelings from the people Proteus has possessed. Also, for an American writer, he’s attuned to a Scottish accent. Bedard’s plots are mixed, a courtroom drama really coming out of left field, and his thinking regarding the people Proteus possesses and their later use is smart.

However interesting the plots may be, they’re never delivered to maximum effect by returning mainstay Exiles artist Jim Calafiore. His strange, sharply angled people are back, along with his odd, grimacing cartoon faces and his unimaginative layouts. Paul Pelletier on the Maestro segment is far better, with solid superhero art, but he only draws two chapters of the nine here.

The membership of the Exiles changes considerably over World Tour, Bedard reinforcing how what the Exiles do can have greater consequences than the standard superhero battle, and he ensures that each world visited has a purpose, and that the story told is different. He tops all that with a good ending. A really clever ending. However, Calafiore struggles to make the plots look interesting. Bedard’s run on the series concludes with The New Exiles. 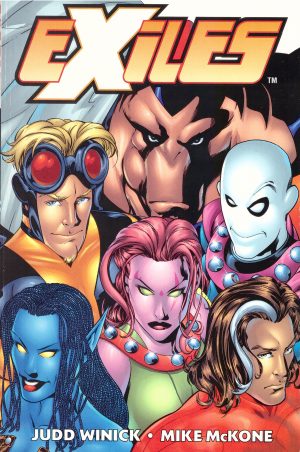