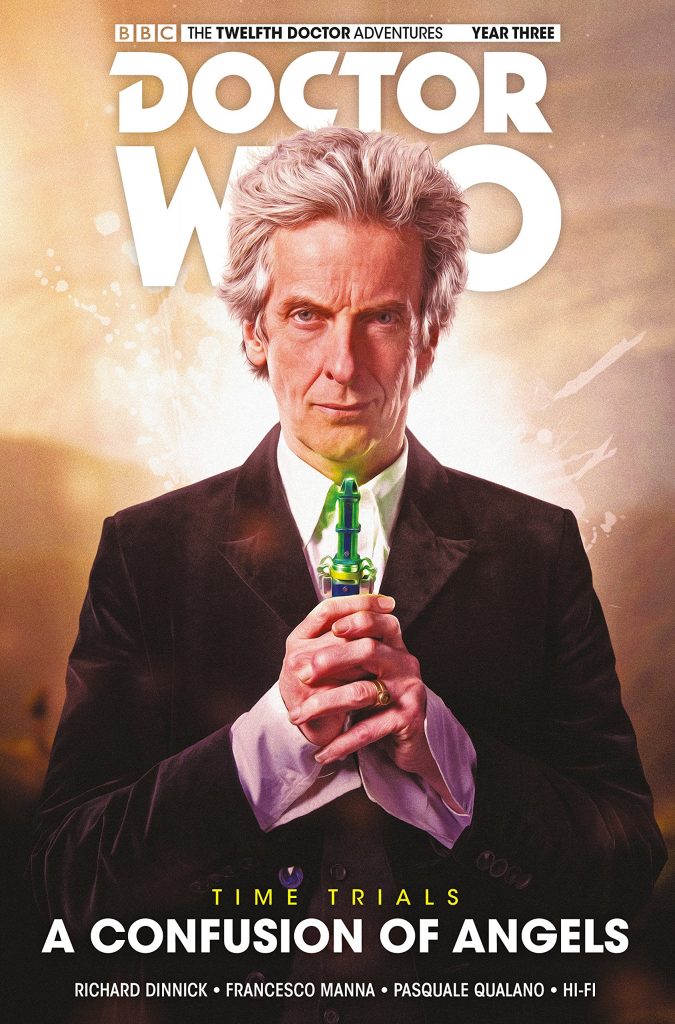 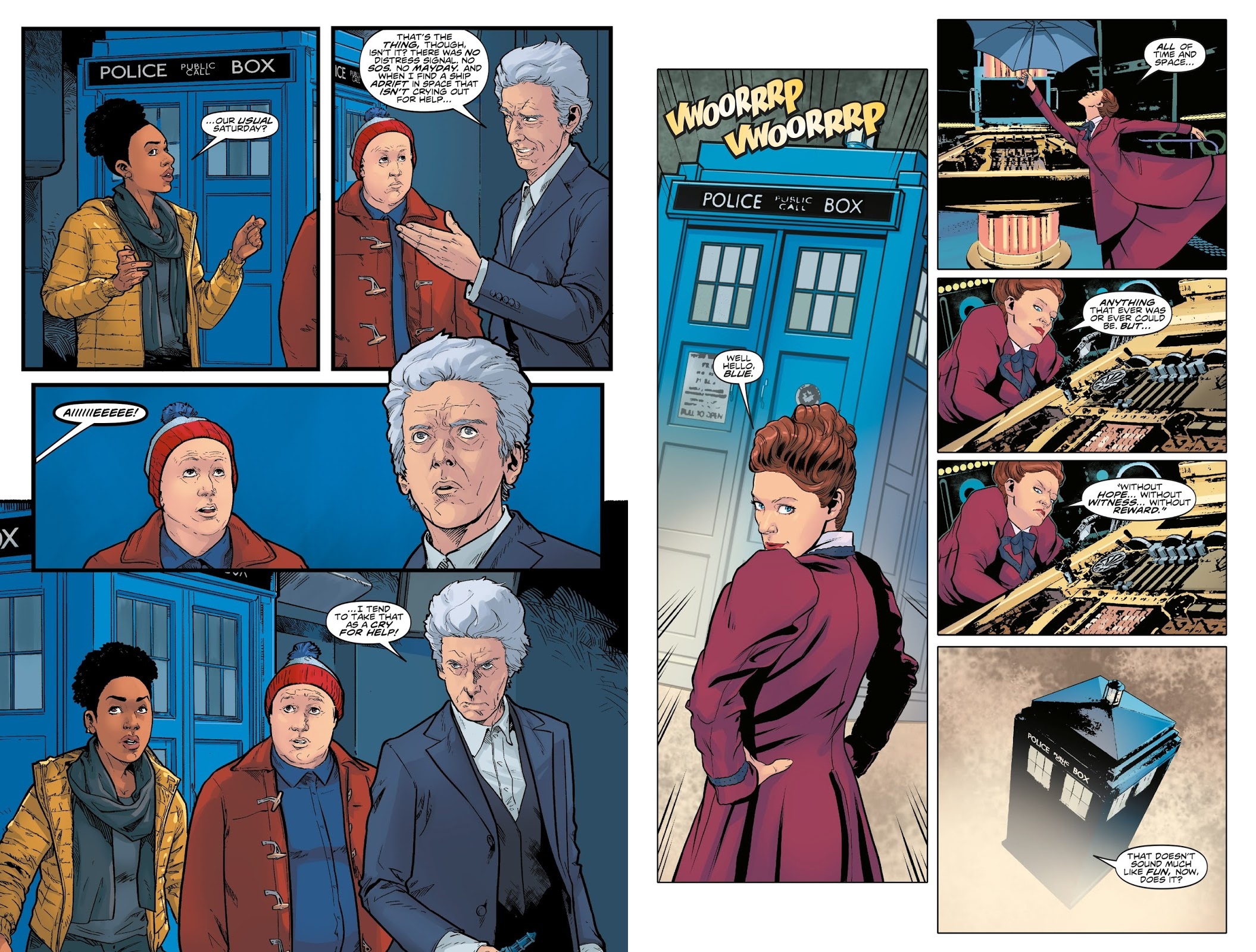 A standby of Doctor Who TV shows over the years has been the budget saving episode set in an enclosed environment where the Tardis arrives during a time of crisis just in time to help a confused bunch of people, some of whom don’t see the episode out. Richard Dinnick’s opening to A Confusion of Angels starts like that, but continues into what would be a budget-busting plot on TV. As he did in The Wolves of Winter, Dinnick doesn’t just restrict himself to use of a single race the Doctor has previously faced, but mixes in several, including some nice misdirection along the way, not least with expectations raised by the title.

Francesco Manna and Pasquale Qualano each draw two chapters, Manna erring more toward cartooning, and Qualano with a naturalism. He’s not as strong on some cast likeness, producing a particularly generic Matt Lucas as Nardole, but as seen by the sample page, captures the whimsical Missy perfectly. He also strikes a professional adaptability, able to switch from relatively clear and simple panels to the shadowy, gritty illustration required to present a set of foes as they should be seen.

A Confusion of Angels is an extremely ambitious brew, presenting a story unlikely to be seen on the TV show simply because it would cost too much to produce. In other words, exactly the type of material that should be seen in the comic versions. The story is plotted tightly and told linearly, but with time for almost an entire Doctorless chapter cameo on its way to a neat conclusion. No disappointment here.