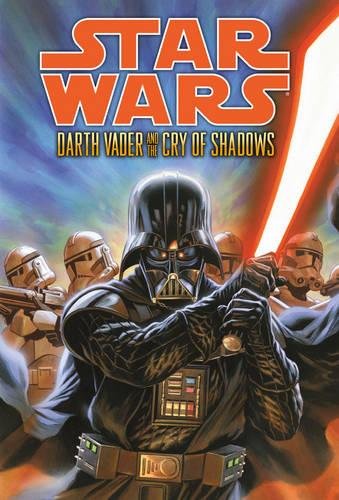 As he did in Darth Vader and the Ninth Assassin, Tim Siedell begins Cry of Shadows with the narrative of another character, this time Hock Malsuum, a clone trooper left for dead on a faraway world who decides the time is right to return to civilisation. He’s a man concerned with legends, with hearing of them and perhaps making his own. Unlike The Ninth Assassin, Hock also occupies the entire second chapter, nearly all the third, and the fourth in its entirety also, Vader barely managing a couple of lines of dialogue in any of them.

Were Hock’s story interesting, then its masquerading under a Darth Vader title might be forgiven, but it’s dull, Siedell managing none of the insight or excitement of his previous Vader outing. The concept is viable, creating individuality from what’s intended to have none, and portraying Vader as a distant inspiration, but it never rises beyond that to build either an interesting character or plot. Worse is that there are occasions in the final chapter that just wouldn’t have occurred in the time given for them to do so, such as the trick pulled by Hock on the verge of death.

We have to wait until the penultimate page of the entire graphic novel for the highlight, a neat piece of deception with a silhouette. Gabriel Guzman has been a decent artist throughout, and sells this very nicely. He has a scratchy style portraying people that life has ground down, although his Vader sometimes has the rigidity of an action figure.

It’s only in the final chapter that Vader really comes into his own, cruel and imperious with no mercy, a man willing to indulge in what most would see as horrific, pointless retribution with a relish. It defines Siedell’s view of what he is, but it needed more of that sooner, and less of Hock’s wanderings. Cry of Shadows is a disappointment. 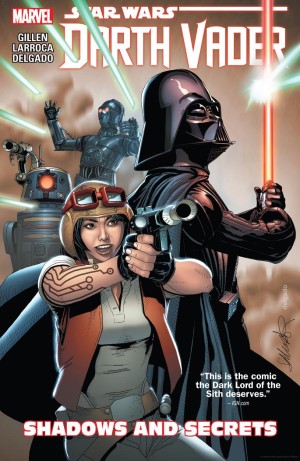