Cloak and Dagger: Lost and Found 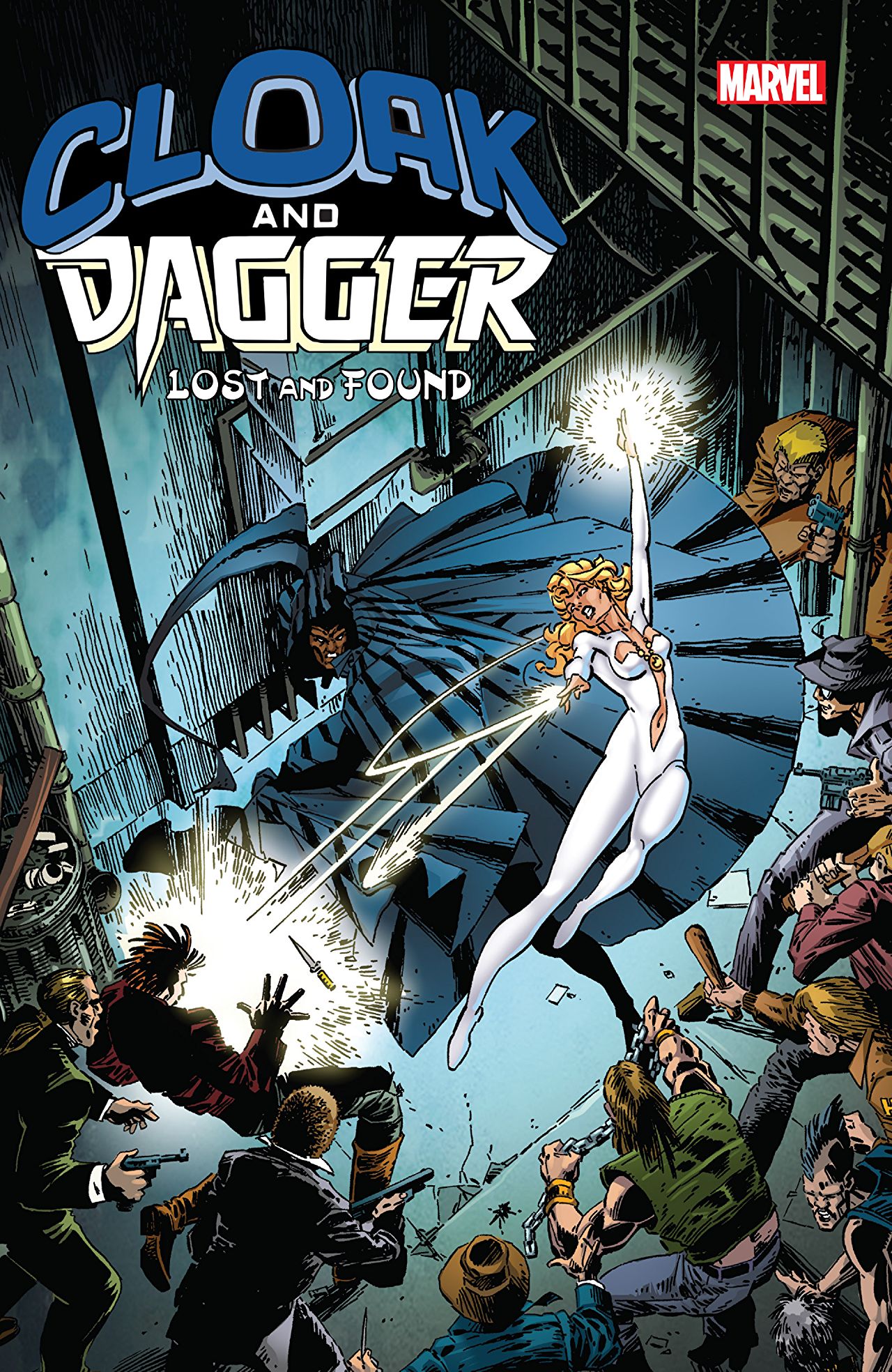 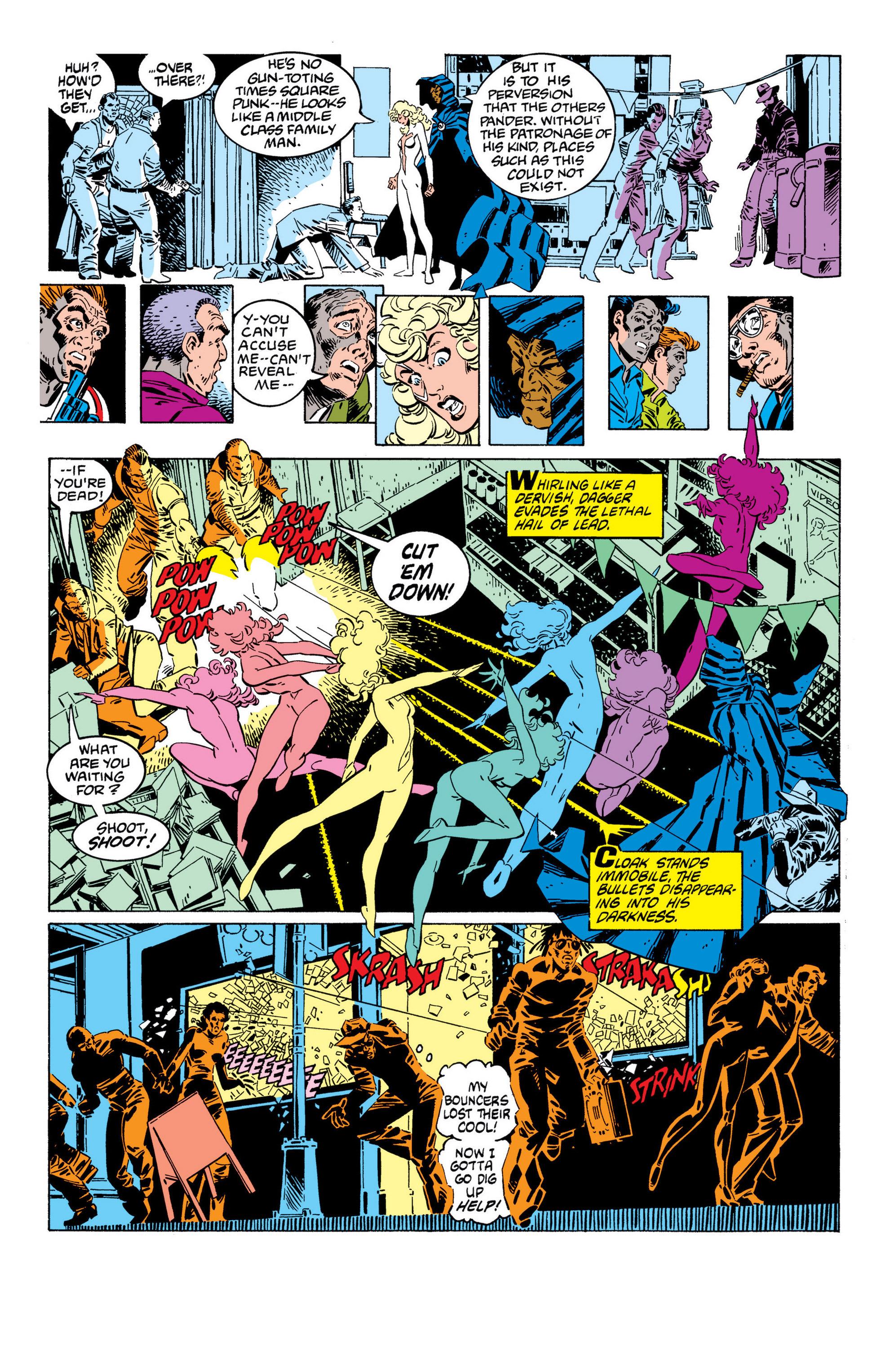 With one successful solo outing already under their belt, available as Shadows and Light, Cloak and Dagger were promoted to an ongoing title in 1985, collected in its entirety within Lost and Found. It’s a series that loses its way. The first half dozen episodes are produced by Cloak and Dagger’s co-creator Bill Mantlo and artist Rick Leonardi, providing a consistency as the tragically connected heroes go about their business of rescuing runaway children forced into exploitation, and targeting drug dealers. Because they’re runaways themselves subjected to the forced injection of experimental drugs that transformed them, there’s an emotional coherence to their purpose. At his best Leonardi toys decoratively with superhero storytelling to provide interesting looking pages, the multiple images of a gymnastic Dagger on the sample art being an example. Even when he’s more pressed for time, the layouts are innovative and his pencils are nicely inked by Terry Austin, who’d go on to write the feature in the next collection, Predator and Prey.

Mantlo’s well intentioned in highlighting the plight of real world runaways, often in a manner that may have worked as righteous anger in the 1980s, but now comes across as haranguing. There’s a similar wordy resonance as Mantlo introduces the quandry of a priest offering Cloak and Dagger sanctuary in his church, but believing the innocent Dagger is being exploited by the surly Cloak, her contrary protestations ignored. It all feeds into Mantlo constantly prodding at moral preconceptions, confronting us with the society we allow to exist. This is wordy and occasionally self-righteous, however well meant, with the characterisation of the priest tumbling into the melodramatic. Among it all he introduces Mayhem, a new drug-related character, not used at Marvel much after this series, but factored into the Cloak and Dagger TV show.

After six episodes Leonardi and his baroque designs depart to be replaced by a rotating succession of artists. Art Adams, Bret Blevins, June Brigman, Mike Mignola, Marc Silvestri and Larry Stroman are all good, with Adams the closest to Leonardi’s style and artistic ambition. These artists illustrate a series of stories set away from New York. Perhaps recognising repetition was starting to occur, Mantlo sends the characters on a world tour to refresh the premise. The result, however, is that the material becomes more generic, and by the time Cloak and Dagger take on Doctor Doom almost anything that made their adventures fresh and original has evaporated. There is a brief flurry for a melodramatic Christmas tale ridding the cast of a poor supporting character and nicely drawn by Brigman, but it’s an exception and compromised by a cowardly refusal to name Israel as the setting for a downtrodden population. There’s been no shyness about naming other lands where negative experiences occur.

There’s a mood to the early content, if repetitious and overwrought, but never to the point of entirely ruining the enjoyment. The longer the collection runs, however, the less enjoyable it is. 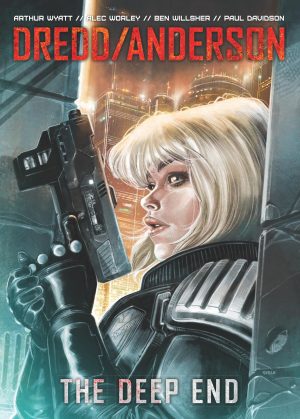