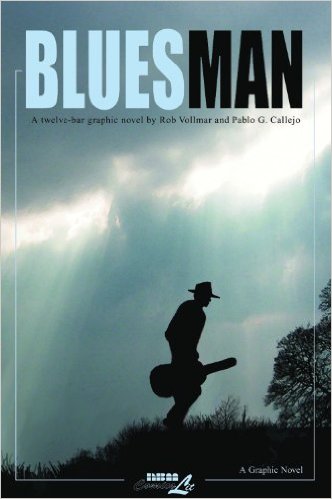 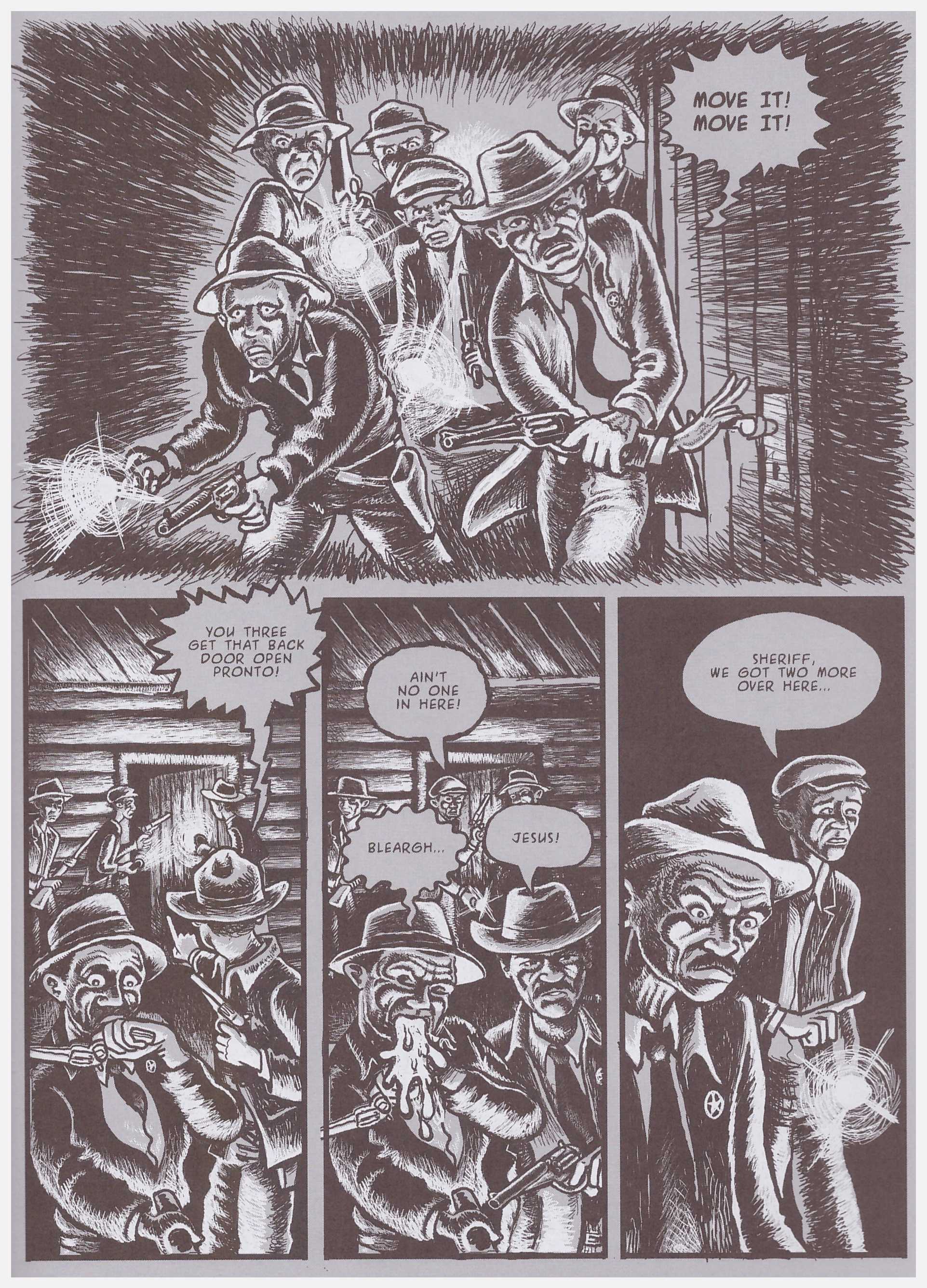 With all the graphic novels adapted for film and television since the turn of the century why is it that the superb period drama of Bluesman remains wilfully untouched? Hell, why is it that neither of its creators were able to sustain careers in comics?

The Bluesman of the title is Lem Taylor, introduced when being rudely awakened after spending a night in a white farmer’s barn. It’s the first of several occasions that he barely escapes with his life, a commodity considered cheap in the American south of the 1920s. Lem’s an itinerant player, travelling from town to town, for the previous year in the company of pianist Ironwood Malcott. Their best hope is a few dollars, a hot meal and a bed for the night, with anything more a bonus. Considerably less is a frequent experience. The town of Hope, a deliberate irony from writer Rob Vollmar, offers just that, and for Ironwood, a man for whom a little loving doesn’t go amiss, there’s a chance of a night providing greater comfort than usual.

Bluesman, however, deals with the blues, where tragedy is only ever a bar away, and Lem’s fate is rooted in the music he plays. Vollmar and artist Pablo G. Callejo drag us through the iniquities of the period, piling the corpses high and building the tension higher. By the middle eight Lem is on the run, anonymous but sure of his fate if caught. Vollmar here contrasts the alleged freedom of the road with events occurring in Hope, where the book’s finest character Sheriff Beasley attempts to contain a powder keg with the fuse already lit.

Callejo’s art is superbly evocative despite being rough around the edges in the opening chapters, the figurework a little neglectful, but by God he sets a mood from the start. There’s a snarling menace as he prioritises the black in black and white art, slashing the ink across the page in the creation of biblical storms, dark forest clearings and dingy speakeasys. Even more impressive is the visual characterisation, with the life experiences of the cast etched on their faces from the relatively youthful Taylor to the vengeful Colonel Bilyeu, illustrated as if a holdover from the South before the Civil War. It’s also astonishing to see someone improve so much over the course of a single book. There’s no inconsistency, and the style works from the start, but compare the layouts and viewpoints utilised in the opening chapter with those from the finale.

There’s almost nothing to dislike about Bluesman. It’s a superb drama successfully evoking the times featuring a broad cast whose characterisation varies from the sympathetic to the repulsive, but always rings true. Regretfully it’s currently languishing under the designation of forgotten masterpiece, an injustice almost as heinous as those served out to its protagonist. More detailed reviews of the original trilogy can be found starting with book one.