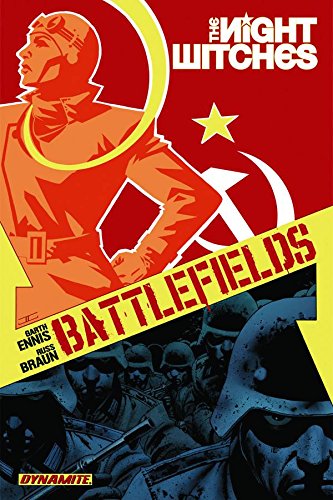 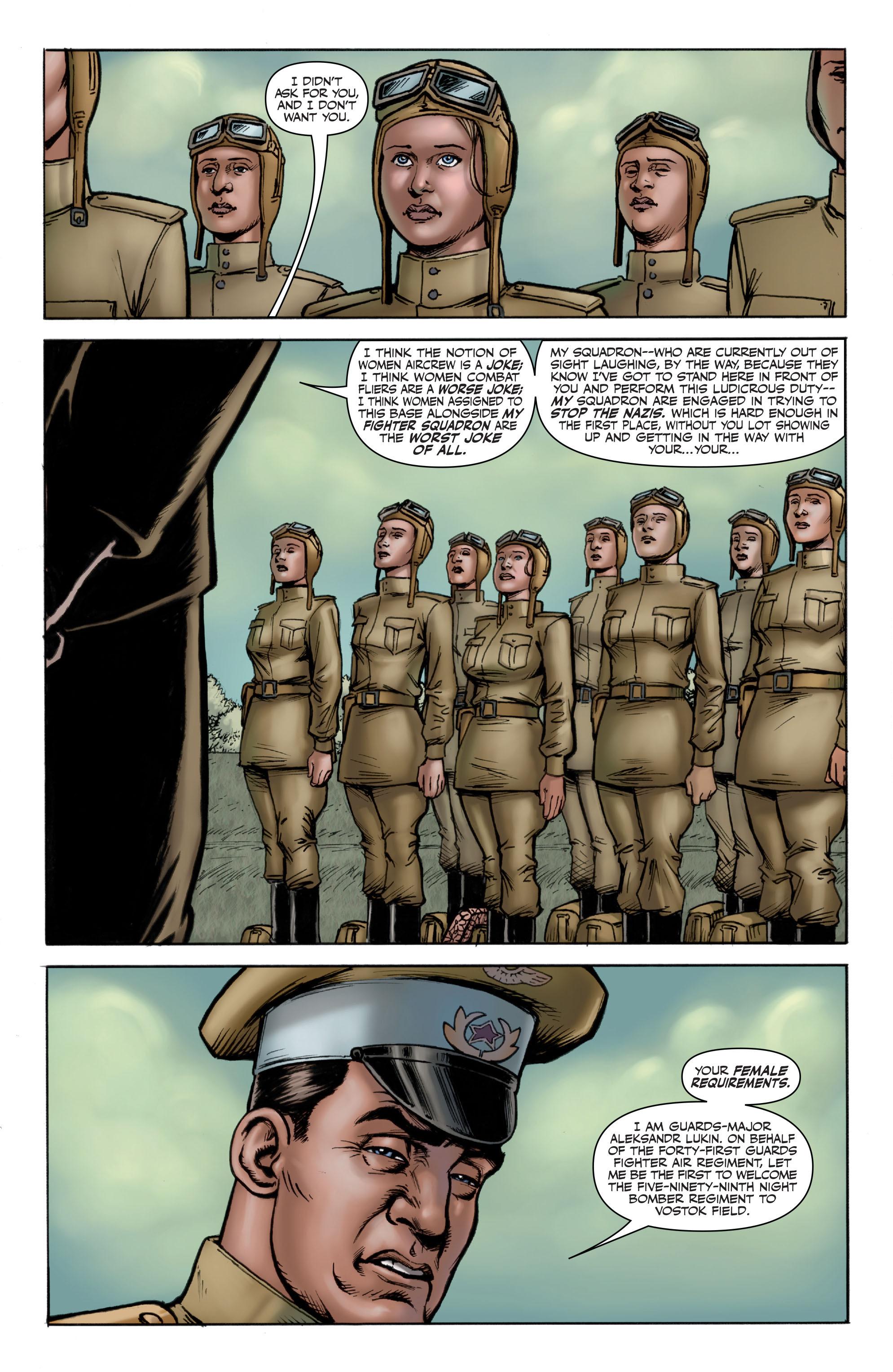 The Night Witches title comes from translating the term Nacht Hexen, the derogatory name German troops applied to the all female bombing regiment the Russians used from 1942 until the end of World War II.

Garth Ennis’ focus is Anna Kharkova, whom he eventually used in a trio of stories, taking her well beyond the second World War. She’s first seen on the sample page. The accuracy of Ennis’ research is always reliable, and despite the all-woman regiment being signed into being by Starlin himself, the volunteer women pilots received no favours among their male counterparts, and any discrimination was negative. A good touch establishes Anna’s personality early. She carries a cushion with her as she’s short, and otherwise wouldn’t be able to see out of the cockpit properly, although that’s a slightly lesser problem because the women are allocated World War I biplanes for their night raids. Anna is extremely optimistic in the face of continued discrimination, rapidly forms a lasting friendship with Zoya Zelenko, and a successful first mission earns some grudging respect from the airfield commander.

In keeping to historical accuracy Ennis has to deal with unpleasant incidents beyond the usual mayhem of war. The Russian women were under no illusions as to what would happen to them if captured by the Germans, and rape as a weapon is featured.

Russ Braun is an extremely underrated artist. There’s deliberately not a lot of flash about his pages, but his storytelling is impeccable, he’s very good at small pieces of visual personality definition and there’s a clarity about his action scenes. Importantly, considering the subject matter, there’s an extremely graphic quality to some scenes, conveying both desperation and savagery, but others are far more sensitively illustrated than they could be. The language used is again realistic, but shocking in the comfort of your living room. Neither the art, nor language, however, could be considered exploitative.

It’s not immediately apparent why the narrative keeps switching to the activities of Kurt Graf and his German platoon invading Russia, with Kurt far more humane than his battle-hardened colleagues. By the end of the opening chapter we know, and they play a continuing part, among the regiments targeted by Anna and her squadron, and in story terms naming the Night Witches. This starts slowly, but keeps getting better and better as Ennis twists Anna’s emotional responses, and leads his plot toward a poignant and heartbreaking conclusion.