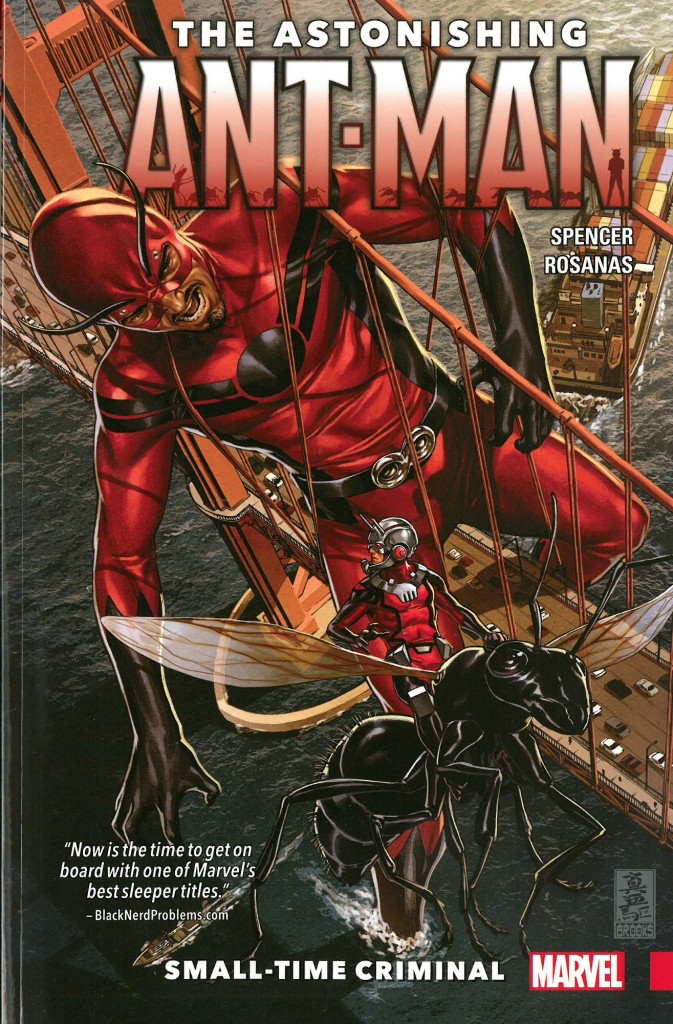 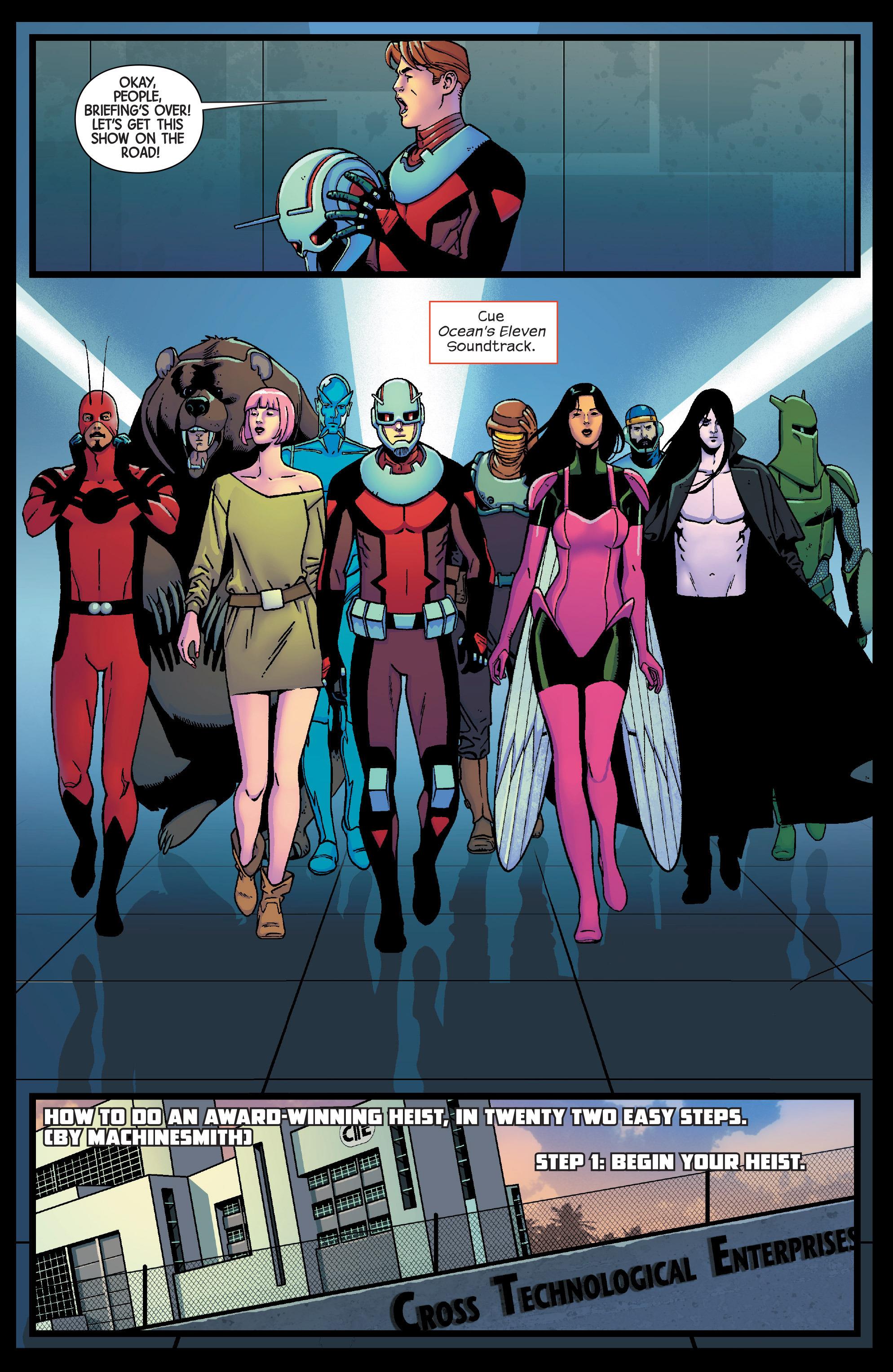 Anyone who’s already read Everybody Loves Team-Ups has a burning question, but it’s not going to be answered in this book, so kick back and enjoy the journey. It’s a good one with plenty of stopovers.

When Scott Lang comes to listing his assorted failures in life, the one that hurts most is his inability to be a decent father to his teenage daughter Cassie. He’s made the effort, but the lack of consistency in doing so has resulted in a fractured relationship with a bucketload of resentment on Cassie’s part. Her actions here, though, nevertheless surprise. She’s allocated a chapter of her own that eventually ties in with the bigger picture.

At the heart of this volume is an ap. Two, actually. The first was created by a villain named the Power Broker. He made the mistake of approaching Cross Technologies, who stole the idea and launched a competing version, which led the Power Broker to up his game with the upgrade. Under normal circumstances this would be a minor spat with no greater effect, but the heart of the ap is a process for creating super villains, and there is no shortage of willing volunteers.

Anything illustrated by Ramon Rosanas is A+, but there are guest artists involved here. In any other company Annapaola Martello’s pages would probably look okay as the basic talent is apparent, but the posed quality of her figures means she comes off second best when illustrating Cassie’s solo adventure. Brent Schoonover’s work was in the previous volume, and there are no worries about his art. He’s not quite as good as Rosanas, but in a chapter almost exclusively focusing on villains he conveys their personalities, tells the story and varies the layouts.

Nick Spencer’s writing is as hilarious as ever. We see how several of the villains Ant-Man’s already dealt with spend their time when not engaged in villainy, and in case you’ve not noticed it by now, these are legacy villains, stretching back to Hank Pym’s Ant-Man days (see Essential Ant-Man). Their less than successful lives would all be so much window dressing without the hook of strong plots to ensure the pages turn, and they’re present and correct. Something to be really admired about Spencer’s craft is how he keeps expanding the cast, to the point where Ant-Man is now an ensemble series, and there is a definite part for everyone to play. There is no minor figure making up numbers in the background like Ant-Man in his days with the Avengers.

As noted, there is no resolution to the plot we keep dotting back to. This occurs in the present day, and the bulk of the reading in Small Time Criminal concerns the recent past. It’ll be 2017 before the situation’s resolved.