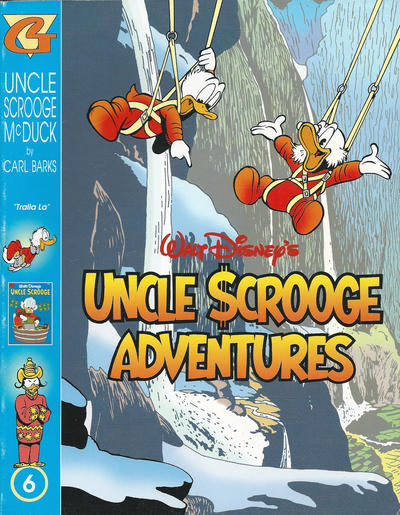 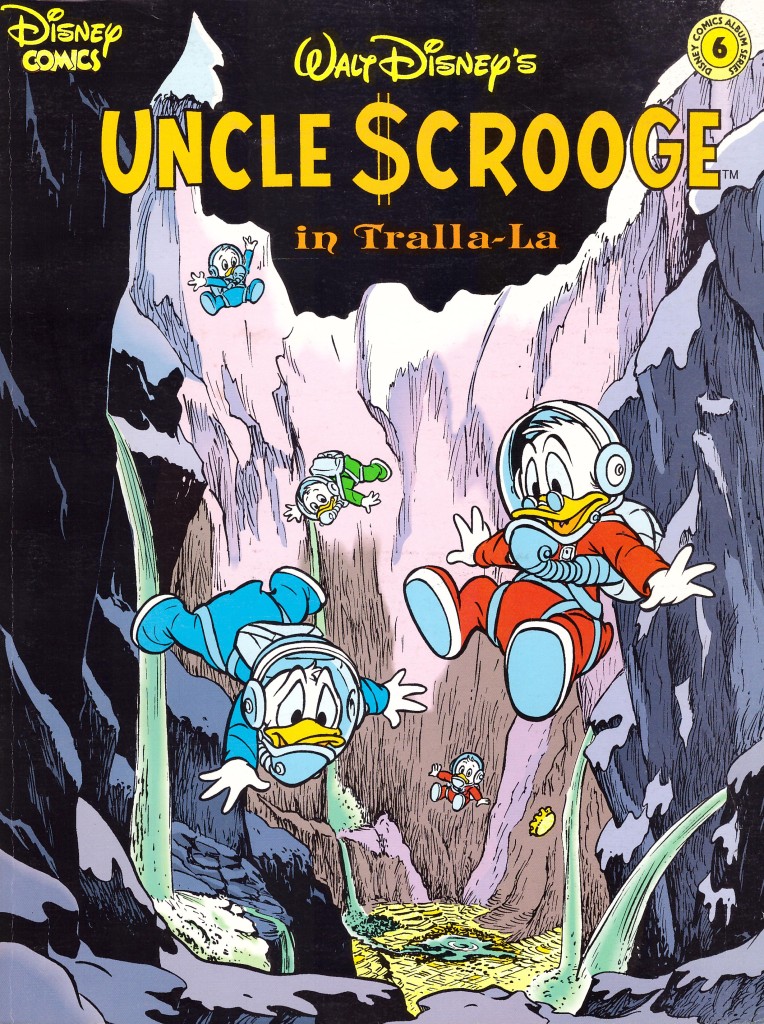 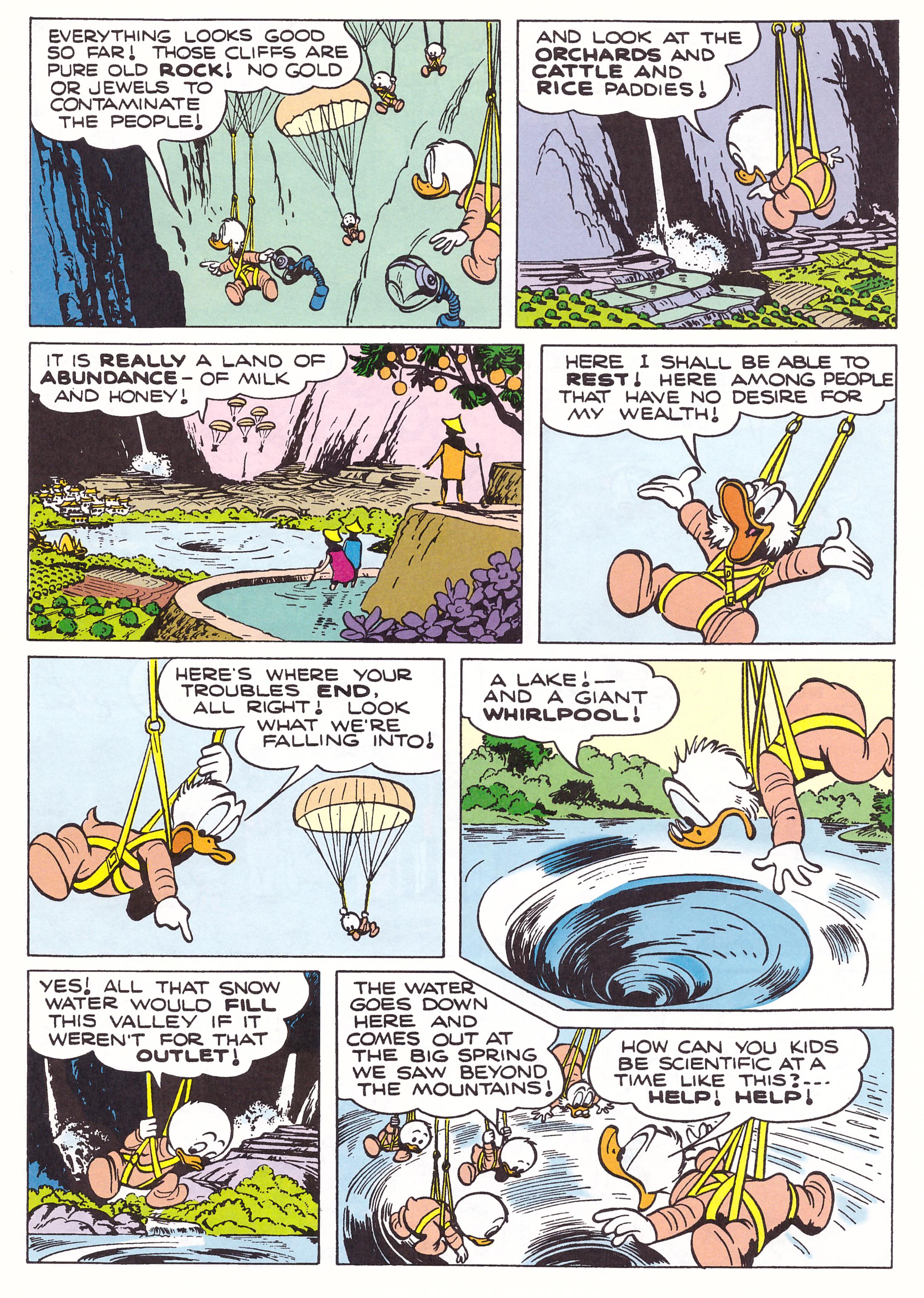 While occasionally occurring in shorter gags, there can be very few longer Uncle Scrooge stories by Carl Barks where Scrooge not only fails to embrace his wealth, but actually claims to have tired of it. This is in an opening sequence where the pressures and demands associated with his vast fortune cause Scrooge to have a minor breakdown, with the symptoms recurring every time someone mentions money in his presence. Fortunately, there is a medicine he can take, and he learns of a mythical land in the Himalayas called Tralla-La where no system of monetary exchange exists.

The convenience of Scrooge and company locating the city when others have failed for thousands of years has to be accepted, but gloss over that and we have a masterpiece embracing the ethics that Barks peppered throughout his stories. It’s an epic adventure with peril and humour, a comment on human nature and how greed perverts society, a lesson in economics, and an exploration of the idea that money can’t guarantee happiness. The latter is initially introduced in trivial fashion, then revisited with greater depth. Yet for all that the story is never dry or hectoring as good spirits prevail and the gags are meticulously timed, among them the idea of the standard bottle cap being a desirable item. There’s also some magnificent art.

When interviewed for The Life and Times of Scrooge McDuck, Barks claimed his starting point was the 1951 film Lost Horizon, a depiction of an idyllic and utopian society, but he also wanted to have a story featuring billions of something. Barks believed the figure to be bandied about without quantification, and so he supplied a visual representation to devastating effect.

‘Tralla-La’ is the main course, and on its own five star material, but we’re also given three fine one page gag strips and a second story in which Scrooge has reclaimed his avarice and love of profit. Neither Donald Duck nor neighbour Jones will sell their house or land in order that Scrooge can build a pocketbook factory, so he has to be more cunning. ‘Outfoxed Fox’ shares some themes with ‘Tralla-La’, particularly materialism, but exploited for gag purposes only as Huey, Dewey and Louis again prove themselves smarter than both Donald and Scrooge.

It’s possible to locate this as an individual album, along with accompanying trading card, or alternatively as Disney Comics Album 6, where it’s paired with a Junior Woodchucks story written by Barks and illustrated by Kay Wright. However, the story is now better purchased along with several others in the 21st century Fantagraphics collection Only a Poor Old Man. There it’s contextualised and that volume is available at roughly the price this slim album now fetches.