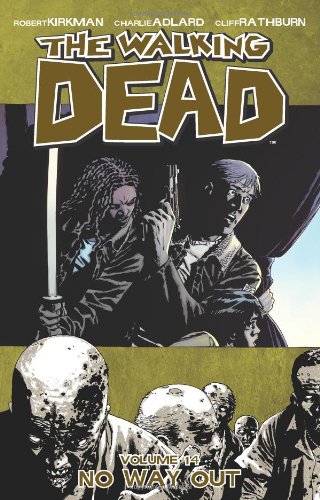 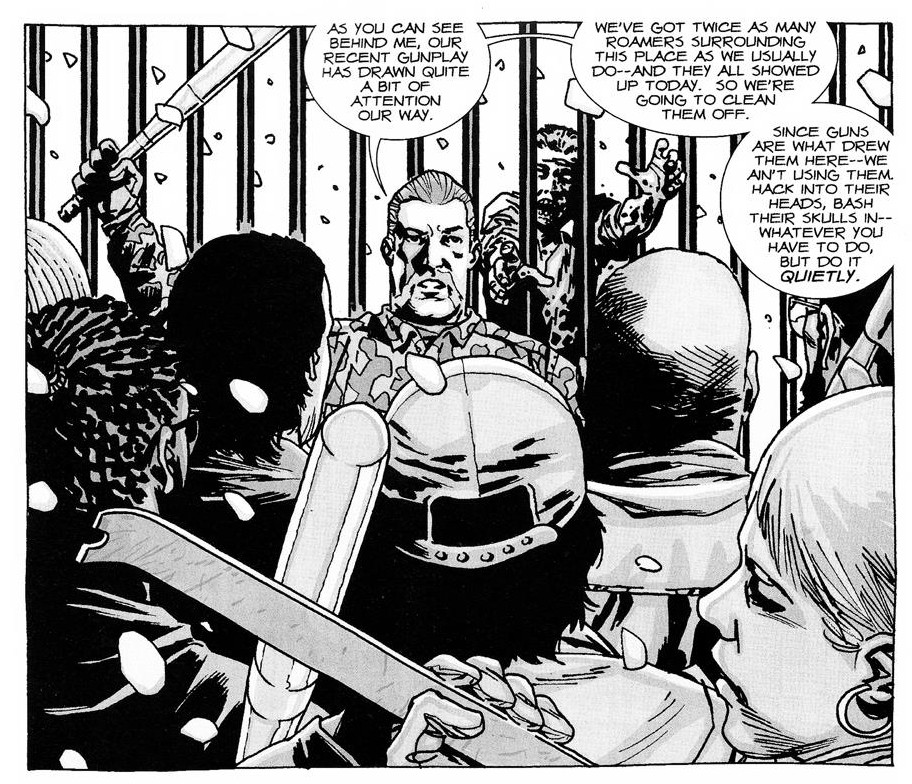 That’s an ominous title, isn’t it? What can it possibly mean?

Over the past couple of books Rick Grimes and his crew have settled into the gated community near Washington, and while there were a few domestic upheavals, Too Far Gone was a relatively quiet volume all things considered. Ho, ho, ho.

There’s been a sense that within the gated community all is well. The zombies can’t organise themselves, and as long as the perimeter is kept clear those within ought to be safe. That works well enough in most situations, but what if there’s a siege?

Robert Kirkman cranks up the tension to an ungodly level here, and it’s once again a method of placing a community under extreme stress under the microscope. We’ve been following Grimes, Andrea, Michonne, Glenn, Carl and others for some considerable while, but they’ve never been in the situation that evolves here. Some surprising truths emerge.

There’s a fundamental insight into Grimes early on when he’s asked why he takes control and looks out for people. “It doesn’t ever really occur to me that I have another option,” is the considered response. As far as other options in another direction go, it seems one is presenting itself. There’s an interesting conclusion to the book, and that plays into We Find Ourselves.

Charlie Adlard is as reliable as ever in depicting mayhem and emotional stress, although there is one moment of extreme exaggeration. It’s gruesomely depicted, and the chances of anybody surviving what’s shown, never mind being able to speak, rather undermines matters. Otherwise, this volume is more focussed on action than any to date, as things don’t let up, and he’s well up to illustrating it.

One aspect, though, of Kirkman’s writing should be noted. He’s becoming wordy. Very wordy indeed. This isn’t quite to the 1980s style of expository thought, but boy do the cast here love a monologue.