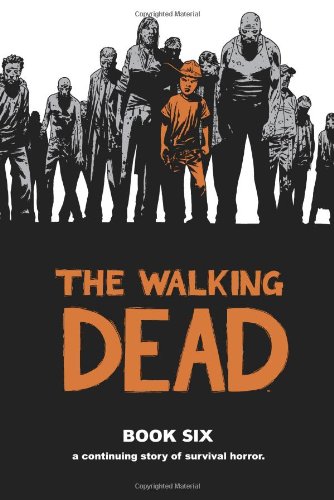 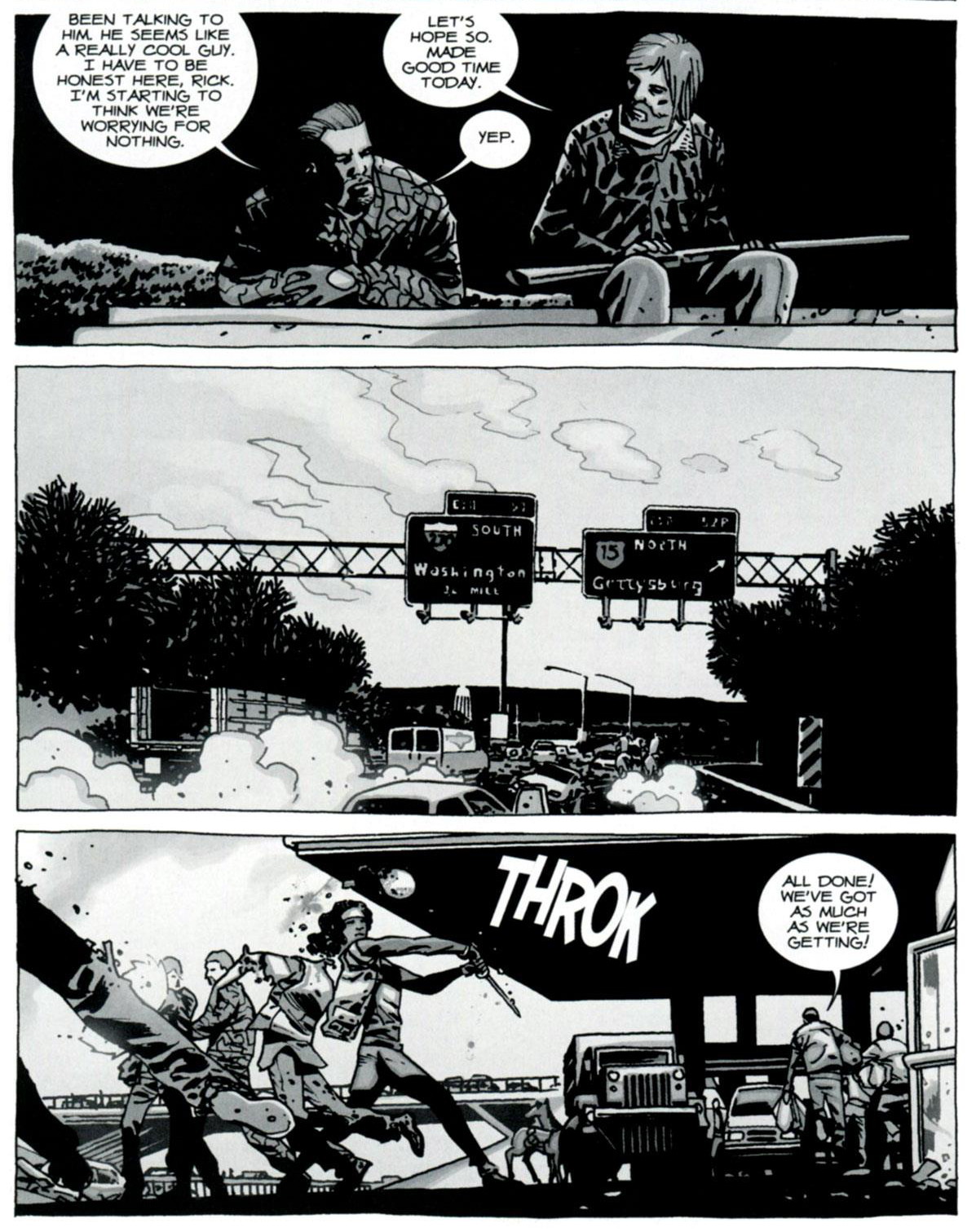 An interesting topic not addressed to this point in The Walking Dead is what would happen if someone came along and offered out cast everything they could wish for in the world as it is? As with so much in the real world, life is what you make it, and what you believe it to be.

The close of Book Five had the group that once lived in the prison meet another small community on their way to Washington. This has a dual purpose. One of their number claims to be a research scientist with knowledge about how the zombies came about, and there are labs in Washington where this might be addressed, and it’s also the most likely location for well-stocked survival bunkers.

Two other communities are introduced in the course of the book, one more idealised than the other, but both wary and experienced enough to spend some time observing before making contact. That they’re opposite sides of the coin in terms of attitude is manner of exploring our regular cast, and they don’t emerge with particular credit. As much as anything the series has been the journey of former police officer Rick Grimes, and Robert Kirkman seems intent on pulling him further from his former ethical positions, although, possibly with a deliberate sense of irony, he’s back in uniform during the events playing out here.

Elsewhere the shocks and the horror just keep coming, sometimes sneaking up when not expected, but relatively few of them originating from zombies. There’s a fantastic sequence where one of the cast is revealed as a fraud, and the consequences of that deception are realised: “I’m a good liar. I didn’t have a lot of options.”

In terms of art, travel is the order of the day, and Charlie Adlard convinces with the locales as he does with the new cast members. Zombies aren’t as a much a feature as usual, largely a background presence, but when they’re up front and centre stage, they’re as gruesome as ever.

It’s unlikely that anyone is going to begin reading The Walking Dead with this particular collection, so regular fans can rest assured that the quality, twists and horror that they expect is present and correct.

The two paperback collections Fear the Hunters and Life Among Them are likely to be cheaper than this hardback for those on a budget, and better value still is the second volume of The Walking Dead Compendium, which collects these books, the pair that preceded them, and the four following.