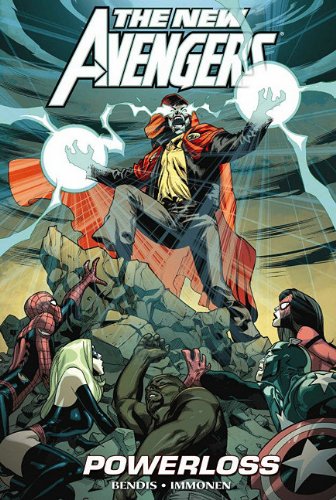 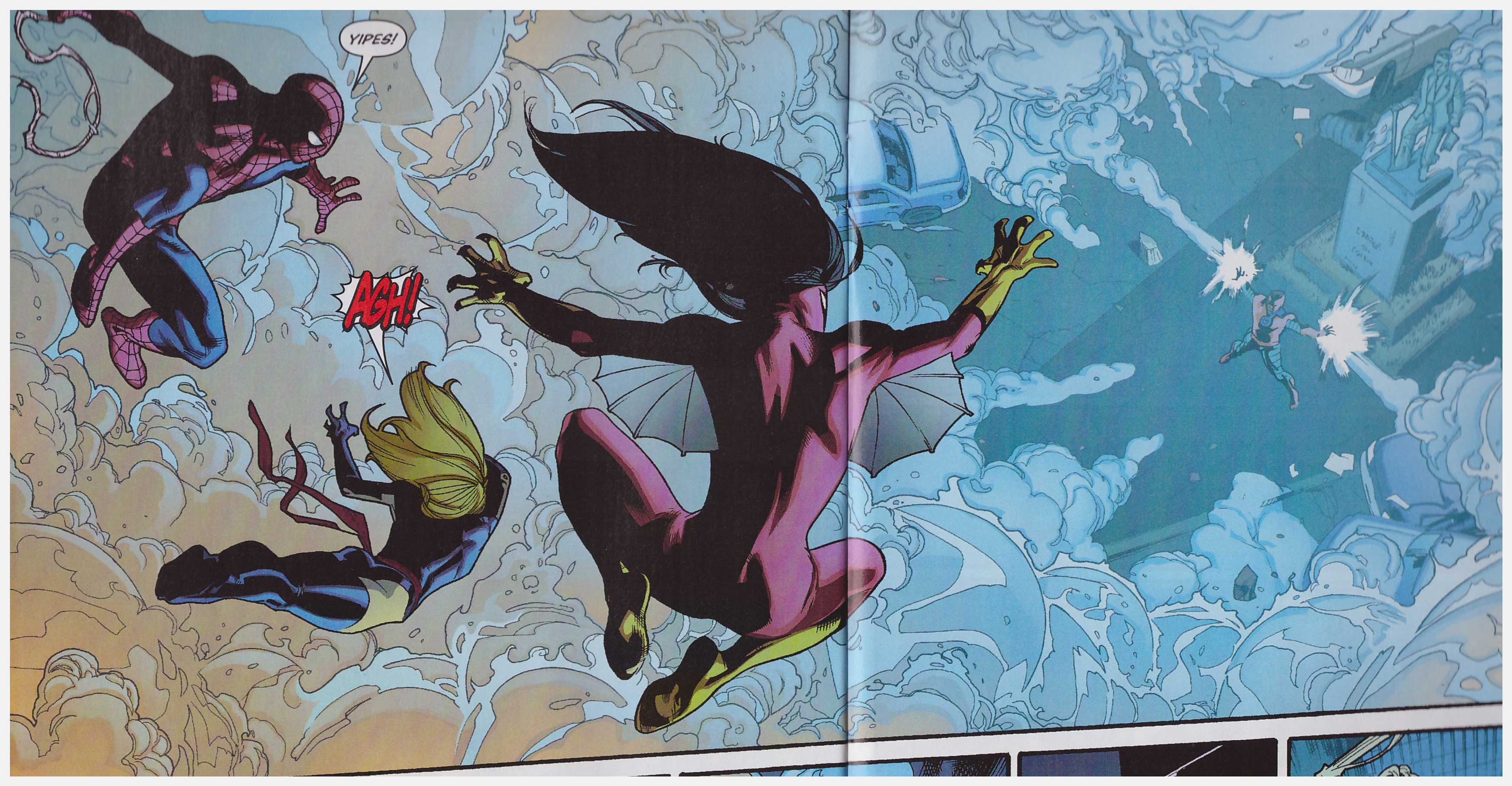 Parker Robbins, the Hood, has proved a particularly resilient villain. Twice the Avengers have considered him defeated, and twice he’s bounced back. An extremely effective chat among villains in Power is key to the current restoration, and although he’s not always centre stage here, he’s important. Not quite as important, though, as the gang of villains he organised.

One of them, Doctor Jonas Harrow, has completed a device that renders all superheroes within its vicinity powerless when activated. It’s broad-based, and shuts down armoured men while also removing all Spider-Man’s abilities. Writer Brian Michael Bendis fudges on the scientific explanation (ie impossible) as he concentrates on the effects. “How about that. It worked”, confirms Chemistro. It’s actually Bendis recycling an idea that’s worked very well for him in the Powers series.

Without the Hood to guide them, the villains are rudderless, and not only do they affect the Avengers, but also Norman Osborn’s team of villains dressed up as Avengers, and due to his official status considered the official team. So we have three sets of super-powered characters and at some stage here they each set-off against the others. This is twinned with a plot where Luke Cage’s life is endangered.

There’s a well-maintained tension throughout, coupled with a great unpredictability. At no stage will most readers guess where events are heading, which makes for quite the thrill ride. As with the previous Search for the Sorcerer Supreme, though, for much of the book of the Avengers are a secondary concern in their own title, playing supporting roles to others. It makes for a decent story, but some might prefer it otherwise.

An unquestionable success is Stuart Immonen’s pencils. Immonen is an under-rated artist who brings clear storytelling, coupled with an effective dynamism. It’s also pleasing to see realistically proportioned women who’re not flashing their bums at the reader.

This generally successful run of New Avengers concludes with the next book, Siege.