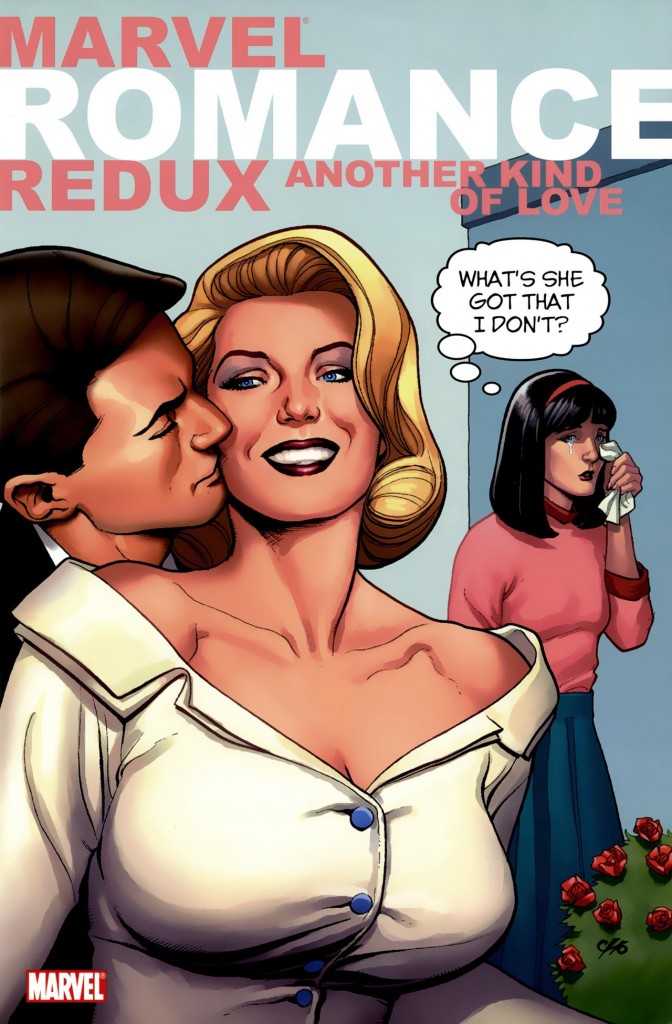 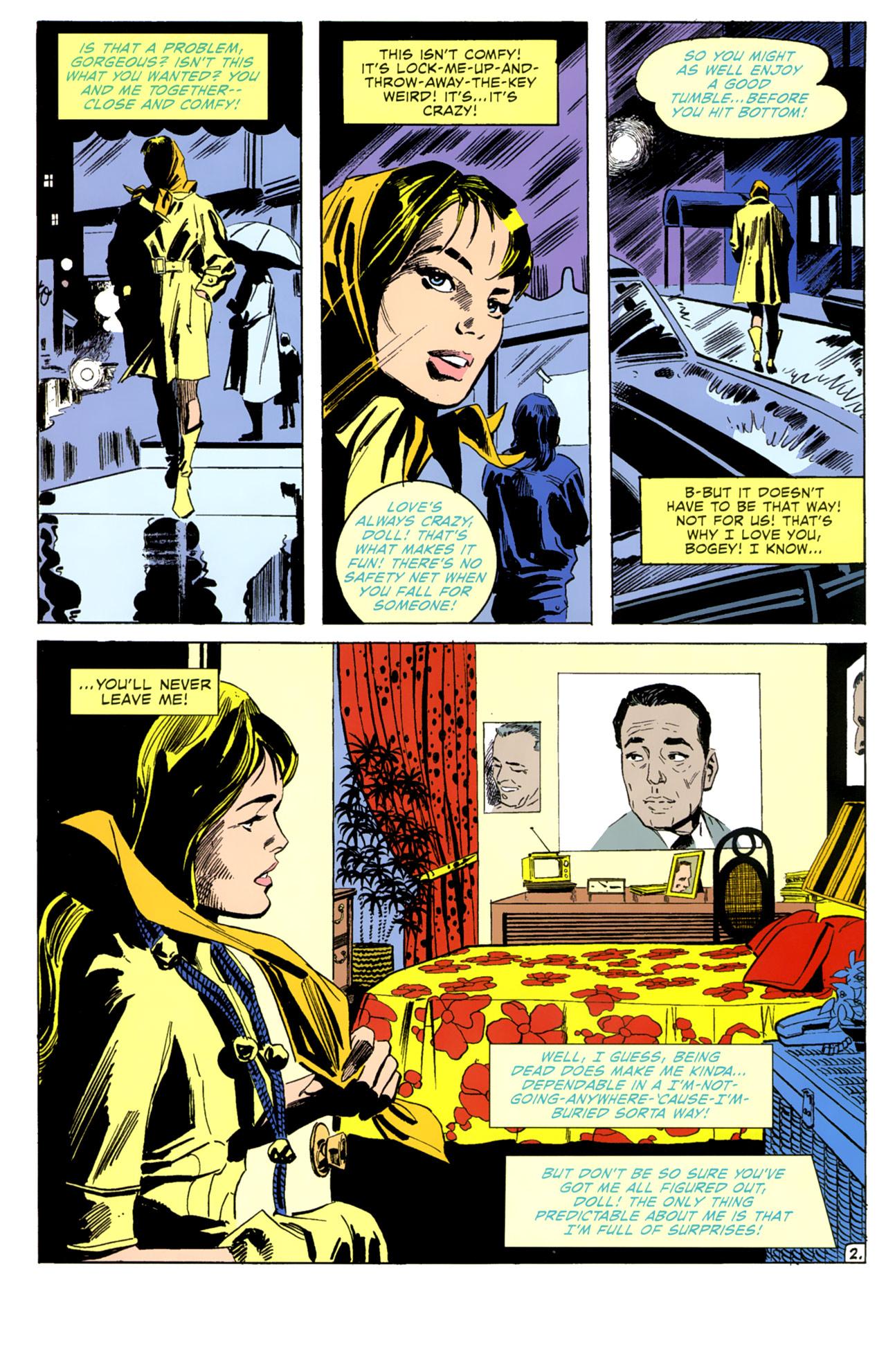 Shortly after they published the Marvel Romance graphic novel in 2006, Marvel let their then present day writers loose on the material, using the same artwork, but replacing dialogue and captions with modern, ironic verbiage. This took its lead from Jeanne Martinet’s Truer Than True Romance, which had applied a similar sardonic gloss to DC romance stories five years previously.

The result is the still admirable art from the likes of John Buscema, Gene Colan, Dick Giordano, Don Heck, and Jack Kirby, but with the outmoded ideas of a woman’s place supplanted with ironic commentary. Jeff Parker remodels a story about a free spirit blowing off boyfriends as ‘President Stripper’, Kyle Baker centre his story around the reason all characters in a strip are onlypictured from their lower torso upward, and John Lustig’s reconfiguration of a Colan strip with the heroine possessed by Humphrey Bogart (sample art) works well.

Redux, however, is a bathroom book. A couple of revisions at a time raise a smile, but read too many one after another and a smugness and smarmy quality begins to seep through, and its unpleasant. At their worst there’s not much difference between the aspirations of the women in the original early 1960s material and their 2007 counterparts. Several writers lack the imagination for subversion, tossing off the most obvious jokes, and others are quickly limited by the art, with Peter David battling bravely with a Patsy Walker story running to eighteen pages. He does, though, manage to include some good jokes about original artistic deficiencies. Keith Giffen transcends the remainder, his scripts having a witty and unpredictable quality and the recasting of the leads as hitmen and spies is funny, and Parker’s work is also a cut above.

So, some laughs to be had, better in moderation than immersion, and those who wouldn’t feel comfortable with Marvel Romance visible on their shelves can still access most of the great art in this form.